Where the Dream Hunter Meets the Physicist 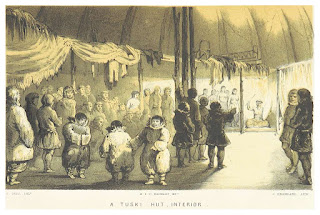 Writing in the early 1920s, the Russian ethnographer Waldemar Bogoras charted the remarkable convergence between the ideas of modern physics and the worldview of the ancient dream shamans.

"While perusing some works of Einstein, Minkowski, Mach, the Russian professor Umov and others, I came to notice certain coincidences, more or less unexpected. Namely, when these scientists tried to transform their abstract formulas into more concrete combinations of psychical facts the material preferred by them closely resembled some shamanistic stories and descriptions, that are spread among primitive peoples in Asia and America.  In a way one could possibly say that the ideas of modern physics about space and time, when clothed with concrete psychical form, appeared as shamanistic." [1]

Exiled to Siberia by the Tsarist regime because of his revolutionary sympathies as a student, Bogoras (aka Vladimir Bogoraz) lived among the Chukchi and studied other indigenous peoples of the far north. He gave us a pioneer account of their multiverse where we may find many parallels with relativity theory, quantum entanglement and the Many World hypothesis.

For the shaman as for modern physics "there exists no absolute time...The idea of time for the most part is wholly rejected" in the shaman's perception of the worlds and relations between them.[2] Contraction or dilation of time is common in dreaming and shamanic trance journeys. In less than half an hour a shaman may pass through the Upper, Lower and Middle Worlds, rescue a soul, fight with hostile spirits, and have many other adventures.

Space, size and proportion are also infinitely malleable. A spirit visitor may appear as a giant at the start of an encounter and shrink to the size of a gnat at the end of it.

Human beings (and other beings) have doubles in parallel worlds; what happens to one may affect all. "It is possible to assume the same thing or being as residing at the same time in two separate places. 'At the same time ' is more strictly 'outside of time'.....The same being, human or animal, natural or supernatural, material or physical, is represented as having two or several forms, separate and coinciding. The being, however, does not assume these forms in turns, at first one, then another. It possesses all of them simultaneously. The forms are like the right side and the under side of the same cloth." [3]

To heal an illness or correct a problem, it may be necessary to travel outside time to another world to fix something there. If you need help of this kind, you want to call a dream traveler, or shaman, who may send a bird or animal alter ahead to scout the ways.

Your best way to understand these things is through dreaming. Bogoras writes that dreams are a primary source of knowledge for the Chukchi and other shamanic peoples of the far north. Dreams are the most important source of "religious experience" which means the understanding of reality given a world view in which the sacred and the profane are everywhere enmeshed, and the extraordinary is entwined with the ordinary.

Bogoras gives an arresting account of the practical benefits of dreaming in a hunter-gatherer society in this report from a Chukchi hunter: "I have no need to visit my traps every day. I know without this when a fox is caught there. Thar very night I have a dream of a red-haired woman who wants to assault me. And when in the end she is subdued and we have love, then it is a sign that a fox is caught in the trap." [4]

"Dream-land," Bogoras writes, "is a distinct form of being that is assumed by man every night of his life." It is an "other form of being, a double life." He demonstrates  that he is truly an anthropologist who broke the glass when he adds, as a statement about what happens in dreaming everywhere, that "every night we actually lie on our bed and withal leave for another...world." [5] 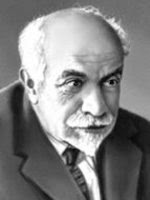 Waldemar (aka Vladimir) Bogoras (1865-1936)  wrote that the universe of the shaman is one of constant motion between different levels of a three-tiered cosmos. That would describe his own life. Exiled to Siberia by the Tsarist regime as a revolutionary student, he lived among the Chukchi and studied their shamanic practices. He wrote exquisite pioneer works of ethnography and helped to develop an orthography for their language. For a time he was a curator at the American Museum of National History and co-leader of the museum-sponsored Jessup Expedition to study indigenous peoples of northeast Asia and Alaska. Under the pseudonym “Tan” he published popular tales of the north. Back in Russia, he survived efforts to purge him as ‘anti-Marxist” and a “class-enemy” in Stalin’s time. He died on a train near Kharkiv, Ukraine in May 1936.

[1]Waldemar Bogoras, “Ideas of Space and Time in the Conception of Primitive Religion” in American Anthropologist vol.27, no.2 (April, 1925) 205

Image: Illustration by William Hulme Hooper in Ten months among the Tents of the Tuski(1853)

Thank you, thank you, and again. I was able to find the article and download it. Your presence in my life is a wonderful thing, as I am what is known as a "solitary," 75 years old, and have no one with whom to discuss these ideas. If you haven't read Clarissa Pinkola Estes, I know you would appreciate her work. I will tell our resident bears you said hello, as well as the rookery forest in which we live.