News from Tibet: If dreams are illusions, so is life, so dream more 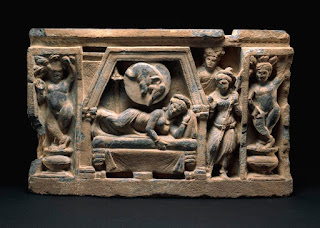 I am always astonished when Westerners drawn to Buddhism tell me that in this tradition, dreams are regarded as illusions from an unclear mind, for which the Rx is to cleanse and purify the mind, in order to dream no more.

Serinity Young, a leading scholar of Buddhist dreamways, observes in Dreaming in the Lotus: Buddhist Dream Narrative, Imagery, and Practice, “without dreams and dreaming there would be no Buddhism”. It was a dream of Queen Maya, the mother of Gautama, that announced his coming and his nature. In her dream she saw a white elephant with six tusks enter the right side of her body. This was interpreted to mean that she had conceived a child who would be a world conqueror or a buddha.

Especially in Tibetan Buddhism, dream yoga is a practice for raising and focusing consciousness, and a training ground for death and the afterlife journey.There is a most instructive episode in the life of the great Tibetan spiritual teacher Milarepa (1040-1123), who has been described as “the greatest poet-saint” in Buddhist tradition.  He instructed his disciples to report their dreams. “Remember your dreams tonight and report to me tomorrow. I will then interpret them for you.”  He cautioned his followers to cleanse their minds of “habitual thoughts” that would carry over into the dream space and confine them to deceptive and illusory experiences.

In the morning, he asked his disciples to report their dreams. The most interesting narrative came from Gambopa, Milarepa interpreted Gambopa’s a rich and complex dream, explaining that it foreshadowed Gambopa’s future role as a great teacher and his spiritual heir.

Despite this revelation, Milarepa cautioned his followers not to assign excessive importance to dreams, since dreams partake  of “the illusory nature of all beings. Yet he applauded Gambopa for dreaming well: “Your dreams were marvelous, wondrous omens foretelling things to come.”

Milarepa delighted in recounting his own numinous dreams portending the growth of his lineage. “Last night I dreamed that an eagle flew from here to Weu and alighted on the top of a precious gem. Then many geese flocked around it…They disperse in different directions, each goose again gathering about five hundred more companions.”

His essential message was that dreams may be illusions, but probably less so than ordinary life – so go dream some more!

Milarepa quotations are from Garma C.C. Chang,  The Hundred Thousand Songs of Milarepa: The Life-Story and Teaching of the Greatest Poet-Saint Ever to Appear in the History of Buddhism.

Stupa drum panel from Gandhara (modern Pakistan) showing the Dream of Māyā. Māyā lies on her left side, right leg flexed, head high against one or two pillows. The dream elephant is wholly enclosed in an aureole except for the tip of its trunk. Dtaed 2nd/3rd century BCE. In British Museum,