So you're having a baby, in your dreams 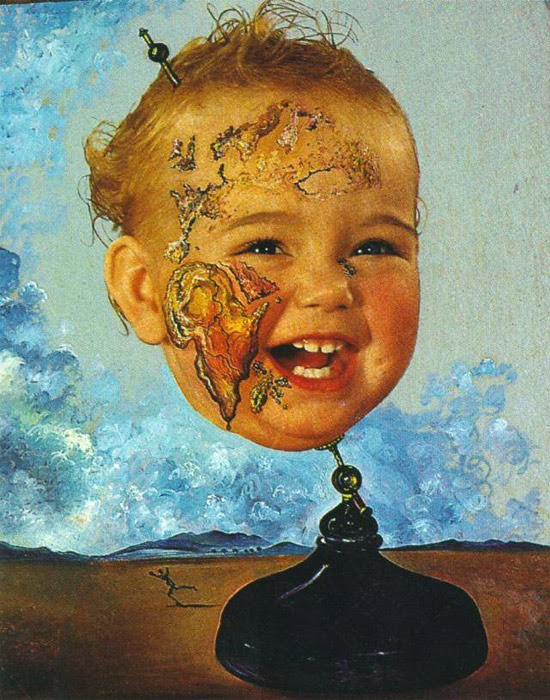 I am cradling a new-born baby. She is beautiful and her breath is soooo sweet. I place the baby carefully on a lambskin I have stuffed between books on a high shelf, making a kind of hutch. I arrange things so she can’t roll off the shelf.

This was my dream from an afternoon nap. I woke with a sense of joy, tenderness and wonder. In ordinary reality, it’s most unlikely that I’ll have another child. It’s also most improbable that, if entrusted with someone else’s baby, I’d think it was appropriate to treat her this way, When  I went down to my office, after my nap, I found that contracts had arrived for a book I was planning to deliver that spring. This book would be my next literary baby, and the birth announcement came in the dream.
Baby dreams, like dreams on any theme, can be literal or symbolic. Expectant mothers dream of babies before they know they are expecting. During a pregnancy, baby dreams can rehearse both mother and child for the delivery. They can also be part of a process of “getting to know you” during which a new personality introduces itself and checks out the family it will be joining.
It’s not unusual for pregnant mothers to dream of giving birth to animals. Indigenous peoples are quick to recognize that such dreams can bring knowledge not only of the character of the incoming soul, but of its spiritual connections. A television host in St.Louis told me on her show that when she was pregnant, she dreamed of giving birth to a lizard. “It just slid right out.” Though startling, the dream was very auspicious. The delivery was smooth and quick. We also discussed qualities of the lizard that might belong to the new child, including the ability to grow back.
Baby dreams can be birth announcements from others in the family, advance word of a coming grandchild, for example. A dream announcing a literal birth may also be one that invites spiritual parenting. The First Peoples of my native Australia say that every soul on the way to birth needs a spiritual parent to help it find its way safely to its home in our world. The spiritual parent – a godparent in a deeper sense than that word has come to mean in English – may or may not be one of the birth parents. The connection between the incoming soul and the spiritual parent will be made in dreams.
As in my dream of the baby on the bookshelf,  baby dreams are often about something other than a literal baby. If you dream of having a baby and you are unlikely or unable to give birth in a literal sense, ask yourself: what new thing am I getting ready to bring through in my life? What will I create? The creative act is always a process of birthing something new into the world.
A mother dreamed she grown a huge pregnant belly. Probing gingerly, she found she was carrying twins, but there was something really strange about their anatomies. They had hard, sharp edges. She was not enthusiastic about bearing twins at her stage in life. When we discussed the dream, I asked he to explain what was “strange” about the shapes she felt inside her dream self’s swollen belly. “It was like they had hard, sharp edges.” I asked her, “Hard and sharp like what?” She responded, “Like books!” She decided she was pregnant with two books she hoped to write. Several years after the dream, she has completed the first of those books and is writing the second.
Baby dreams can be more than birth announcements; they can suggest a care and nurturing plan we need to follow to support an initially vulnerable new life venture. A woman embarking on a new career dreamed she gave birth to a tiny, very fragile baby. She found it hard to hold the baby. It was very slippery and kept slipping from her grasp, so we would find herself struggling to maintain a safe grip or to catch it when it started to fall. This dream seemed to mirror, rather exactly, the challenges of birthing that new career.
Another dreamer was horrified when she let a newborn baby fall because she was overloaded with a huge crate full of stuff she associated with her work situation. Studying the dream, she realized she needed to let go of a job that was interfering with a creative project she wanted to bring through; better to lose the work load than the baby.
A birth announcement in our dreams may be about the beginning of new life in a spiritual sense. I was moved when a friend recently shared a dream in which she received a birth announcement from a deceased relative, announcing that he had been reborn on the Other Side.
Let’s not forget that Gabriel, the archangel of the annunciation – who brings the most celebrated of all advance birth announcements – is also the angel of dreams and the patron of travel on the astral plane.