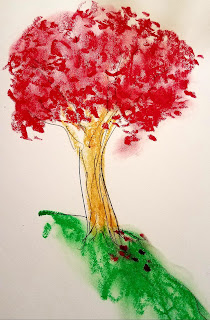 To be creative is to bring something new, and valuable, into our lives and our world. You don’t have to be an Einstein or a Shakespeare to be creative. You need to play the best game you can, in whatever field is calling you, and come up with some new moves, and play so hard you don’t think of your game as just work (and may never want to retire from it).

What makes a world-class creative remains mysterious. But new research in neuroscience is telling us interesting things about how the association centers of the brain work when new ideas are coming through, confirming that one characteristic of creative people is that they make connections between things that other people don’t see as connected. Nancy Andreasen, a pioneer of brain imaging at the University of Iowa, found that in episodes of high creativity, multiple association cortices of the brain are communicating back and forth with each other - not to process sensory input, but in free conversation. Wild and novel connections are made, and from these – through the brain’s character as a self-organizing system – new creation emerges.

Educational psychologists who try to rate creativity levels speak of a “fourth-grade slump”, when adult assumptions and formal training start to block kids’ natural ability to make things up. This suggests another key to creative living; we want to stay in touch or get in touch with the spontaneous creativity of our inner child, our master imagineer.

Something important that creative people have in common is that they develop creative habits. For choreographer Twyla Tharp, these include “subtraction” – making a conscious effort to minimize distractions and make sufficient time and space available for a new project. For creativity researcher Keith Sawyer (a psychology professor at Washington University in St Louis) good creative habits include “working smart”, creating a daily rhythm that sets the right balance between hard work and “idle time” when the best ideas often jump out.
For Columbia business professor William Duggan, creativity in business hinges on “opportunistic innovation”, the readiness to watch for unexpected opportunities and change your plans in order to cash in on them when they turn up.

A high tolerance for ambiguity is a characteristic of highly creative people. This increases our ability to think outside the box, make connections others can't see, and escape from either/or choices..We grow our tolerance for ambiguity when we share dreams in the right way and receive feedback from multiple perspectives - and find that every viewpoint has something to offer. Active dreamers are capable of checking all the boxes when given multiple choices.

Great creators in all fields are dreamers, not only in sleep but in twilihght states of reverie where connections that escape the ordinary rational mind come easily and contact with higher intelligence is often made. Robert Louis Stevenson said he received his stories in a state of “reverie” in which benign visitors he called “brownies” helped him to compose.
Wolfgang Pauli, one of the pioneers of quantum physics, said that dreams were his “secret laboratory.” Scientist Otto Loewi dreamed the experiment that enabled him to prove that nerve impulses are chemically transmitted, a discovery that won him the Nobel Prize. Einstein, Niels Bohr, Kekulé, – and in his own day, and Hypatia in hers – were all dreamers. They drew inspiration from sleep dreams and developed the ability to slip into twilight states of consciousness

Other habits of creative people:

- They find personal ways of getting “into the zone”.

- They are risk-takers. They are willing to make mistakes, and learn from them. They look at mistakes as experiments rather than failures.

- Creative people are “prepared for good luck”; they view coincidences as homing beacons and turn accidents into inventions.

- They make room for creation – time and private space.

- They are visual thinkers.

- They find a creative friend. This is a person who provides helpful feedback and supports their experiments.

Creativity is not just the preserve of a lucky – or tormented – few. It’s a power we can all claim.

And here is what, for me, is the most important key to creativity. When we take on a creative project - and its element of risk - and step out of whatever box we have been in, we draw supporting powers, especially the power that the ancients called the genius or the daimon. Most people understand this intuitively, even though we may fumble for an agreed language to describe it.

When we are passionately engaged in a creative venture, we draw support from other minds and other beings, seen and unseen. According to the direction of our will and desire, and the depth of our work, those minds may include masters from other times, and a greater Self. We draw greater support the greater the challenges involved in our venture. Great spirits love great challenges.

Yeats wrote about what it required to engage the daimon with quivering passion in his essay Per Amica Silentia Lunae. The title means “The Friendly Silence of the Moon”. He borrowed it from Virgil's description of the Greeks approaching Troy by stealth. Under the poet's moon, Yeats explains how we  can develop a co-creative relationships with minds operating in other times and on other planes of reality.

Yeats believed, as I do, that whether we are aware of it or not, all our life choices are witnessed by a larger self he called the daimon. The daimon lends or withholds its immense energy from our lives according to whether we choose the big agenda or the little one. The daimon is bored by our everyday vacillations and compromises and detests us when we choose against the grand passion and the Life Work, the soul's purpose.

The daimon loves us best, Yeats said, when we choose to attempt “the hardest thing among those not impossible.” 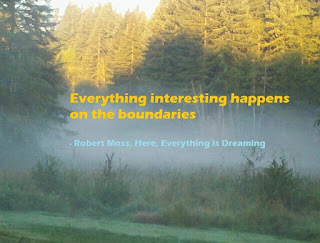