The double who arrives at a place ahead of you 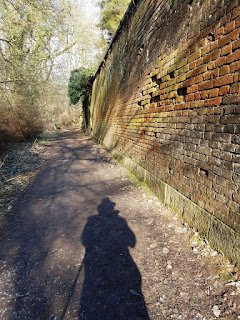 When Fred, an engineer deeply interested in dreamwork, told me he was planning to drive across the continent to my neighborhood in upstate New York, I invited him to come and stay. The night before he was scheduled to arrive, I stirred from sleep and was startled by a ghostly form the foot of my bed. Man-sized. Peering through the grainy dark, I recognized Fred. He looked dozy and out of things.

“Fred,” I spoke softly so as not to wake my wife. “You are not due here until tomorrow. Get back to your body and get some rest.”
You may glean from this that the appearance of what the old paranormal researchers used to call a  “phantasm of the living” was not exotic for me. I had long been aware that consciousness can travel outside the physical body -and does so every night in dreams – and that when it does so it may be using the vehicle of a subtle or astral body. This energy vehicle may resemble the physical body closely, or take other forms.
I assumed that Fred had slipped out of his dormant body during sleep and found his way to my house, unaware of the time or the circumstances. Uninvited callers who seek to enter my psychic space get an unpleasant reception, But Fred had, after all, been invited – only not for 3 o’clock in the morning.
When he showed up for breakfast after sunup, I asked him if he remembered any dreams from the middle of the night. “I’ve been on the road since midnight,” he told me, holding out his coffee mug for a refill.
This was an interesting twist. I had assumed that while Fred was asleep, his dream double went walkabout in the direction of my home. It now seemed that, cruising along the highway, he relaxed enough to release his energy double to arrive at my house early.
The Norwegians have a word for the kind of double who arrives before you at a place where you are heading. The word is vardøgr. It is probably derived from the Old Norse vardhygi, which fuses vǫrd, ("guard" or "watchman") with hugr ("mind" or "soul"). "Early arrival" and “spirit predecessor” are suggested translations of vardøgr. The etymology might lead us to "soul watcher" or "soul guard" in the sense of advance guard.
In the Viking era the Scandinavians were quite familiar with several forms of the double, and their ability to travel outside the physical body and shapeshift into many forms. This is such a central feature that a French scholar, Régis Boyer, titled a book on Old Norse magic Le monde du double, "The World of the Double".
When I recently returned to research on this theme, I was interested to find that my encounter with Fred the engineer has a parallel in a report from another engineer. In an article for the Journal of Scientific Exploration, L. David Leiter, a mechanical engineer in Pennsylvania, describes how his double appeared at his home ahead of him. He took the highway home on a pleasant sunny afternoon and felt completely relaxed at the wheel, almost on autopilot.
When he got home, his wife was surprised. Why had he gone out again? She explained that he had come in ten minutes before. Unusually for him he had skipped his usual greeting and kiss on the cheek and gone straight upstairs. She called their child to confirm her story. Worried that there might be an intruder in the house, they checked upstairs and found no one. 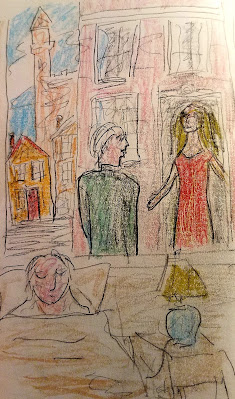 Engineers may survive projecting an astral double while at the wheel of a moving car, but I would strongly recommend avoiding this kind of thing while handling mechanical equipment! I have no doubt the safest and easiest way to explore these roads is in dreaming. It is quite likely that you are projecting an astral double every night in your dreams. It is also probable hat among the places you visit in your subtle body are locations that lie in your physical future.  Precognitive dreams can be “memories of the future” in the sense that your double arrived somewhere ahead of you and left you some souvenirs when they came back.

That’s the best explanation for déjà vue that I can think of. A dream double bringing back vivid sensory experiences which you then catch up with some time later in waking life. Thank you for the descriptions Robert.

Years ago I arrived at work at my usual (late) time of 0925. When I got there the nurse was white. The staff told me that at 0900 she saw me come in to the building with my bicycle and go into my room. They told her I hadn't yet arrived. Later that morning as I walked past her she crossed herself for protection!