Tales of the Double: My Second Self Leads a Workshop Years Ahead of Me 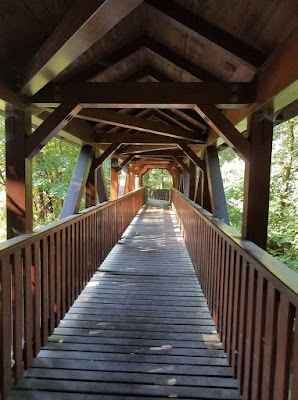 I was attending a conference in the Boston area when I was approached by a pleasant-looking couple who might have been in their early forties. The husband, David, introduced himself as a medical equipment salesman from Connecticut; his wife as a registered nurse. They seemed intelligent, articulate, and well-grounded; they had brought a cooler full of provisions they offered to share over lunch. The only oddity was that they seemed unusually deferential to someone who was simply another conference attendee.
“We want to thank you for that workshop we attended last fall,” David said. “You changed our lives.”
“Which workshop do you mean?”
“The weekend workshop in upstate New York.”
“What was I teaching?”
David looked puzzled as he told me how my workshop had brought shamanism and dreamwork together. “You showed us how to journey through the images from our sleep dreams.”
I was flabbergasted. I had been thinking about going public with the approach I now call Active Dreaming. I had dreamed on several nights of leading workshops in shamanic dreaming. But I had not yet held one in physical reality — at least, not in my physical reality.
I told David, “You must have confused me with someone else.”
David looked at his wife, who knitted her eyebrows.
“That’s impossible,” she protested. “Your voice, your white hair, your whole way of being — ”
“You’re a pretty hard guy to mistake for someone else.”
“And we spent the whole weekend with you,” his wife came back.
“I’ll never forget it.”
“That’s very interesting,” I told them. “I’ve dreamed of holding a workshop like the one you describe. But I haven’t done it yet, not in this reality.”
“You’re kidding.”
I shook my head. David looked at his wife, who made a face and tugged at his arm. As they walked away, she scowled back at me, obviously convinced that I was toying with them.
Later in the day, when David passed me on the way to the cooler, he gave me a conspiratorial wink and said in a stage whisper, “Shamans are tricky characters.”
What was going on here? Did my dream reality somehow become waking reality for that earnest couple from Connecticut? Dreaming, could I have projected a double who seemed solid enough — un hombre de carne y hueso — to students at a holistic center? Were we caught up in some kind of time loop, so that in their reality the Connecticut couple went to a workshop that I gave two years later in my physical reality (in which they were not present — at least, not yet). Or were the three of us somehow caught up in a collective, confusing hallucination?
If I had been quicker off the mark, I suppose I might have asked the Connecticut couple if they had a receipt for the workshop they attended. Maybe the center where it was held owes me money!
There are doubles and doubles. St. Augustine left us the intriguing story of a philosopher who urgently wanted to consult a colleague living several hundred miles away. To his great delight, his friend called on him that night, and they had a long conversation in which the philosopher was able to clarify his thinking in areas critical to his work. He wrote to his colleague afterward to thank him for his providential visit — and was astonished to receive a letter back in which his friend told him that he had never left his hometown, but remembered conversing with the philosopher in a dream.
The Capuchin monk Padre Pio rarely left his cloister but reportedly turned up on scores of occasions at other locations in a second body to preach sermons or counsel those in need. He attributed these feats to what he called “prolongation of the personality.”
St. Anthony of Padua was credited with similar gifts. As he lay on his deathbed, he appeared to a friend hundreds of miles away, in seemingly corporeal form, and informed him that he had left his “donkey” — his physical body — in Padua.
In her remarkable book, Dancing in the Shadows of the Moon, Machaelle Small Wright describes her experience of a “split molecular process” resulting in bilocation in two separate orders of reality. “My soul operates out of two separate, but related physical bodies.” One is her own; the other belongs to a servicewoman who was killed in World War II and now lives with a group headed by “Eisenhower” in an (astral?) locale called the Cottage. Machaelle says the Cottage is situated in the “England equivalent” of “a planet that exists in a sister dimension of reality…within a band of form identical to our own.” She travels there by picturing the locale and willing herself to go. She insists that this is something distinct from a dream or an “out-of-body” experience, because “real” time elapses, she eats “real” food, and she is subject to “real” pleasure and pain.
While the sight of one’s energy double, or doppelgänger, arouses fear in many cultures — especially the fear of impending death — the double may be something more. In Charles William’s novel, Descent into Hell, Pauline goes in fear of her “double” all her life — so terrified she avoids walking alone — only to discover it is no horror, but her spiritual self, her “unfallen self” as originally conceived in heaven. When the two come together, she can begin to live her true destiny, which includes helping to release earthbound souls.

Adapted from Dreamgates: Exploring the Worlds of Soul, Imagination and Life Beyond Death by Robert Moss. Published by New World Library.
Photo: "The Bridge is Covered,the Destination Is Not" by Robert Moss
Posted by Robert Moss at 2:10 PM