From the Blue Lake of Healing 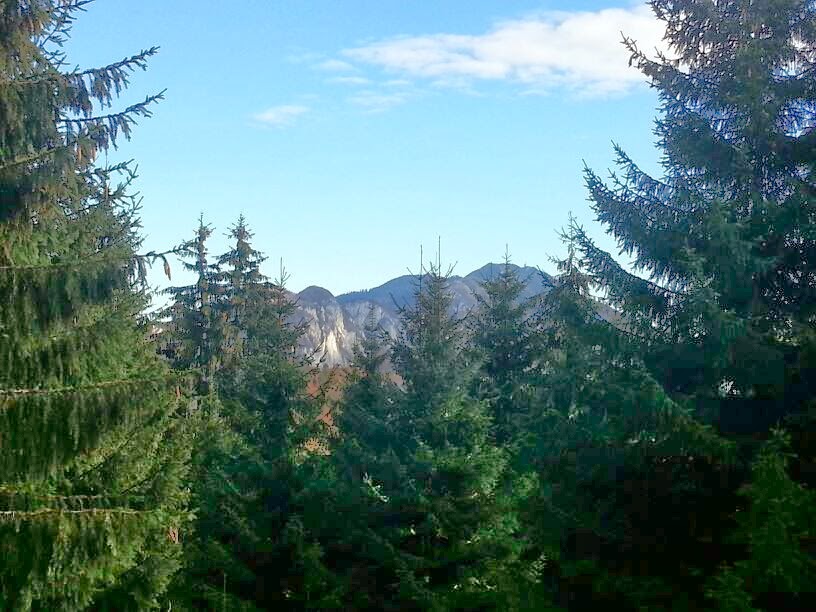 There is a blue lake of healing, on top of a mountain. You must earn the right to go there, by tracking a wounded animal through the woods, following it up steeper and steeper trails even when mountain mist swallows your sight. The animal is connected to you. The places where it is wounded reflect your own condition.
At the top of the mountain, you are amazed to find a shining blue lake. As you watch, the animal staggers to the lake and falls in. It is gone for so long that you fear it has died. Have you come here for death?
At last, you see a stir in the waters. The animal surfaces on the far side of the lake. As it takes off, you see it is whole, and healed.
It is your turn to enter the waters of the healing lake. You may go far deeper than the world you come from. How far you go will depend on your courage and imagination.

This is a summary of the simple instructions for a group journey that I gave to the intrepid dreamers who gathered in the Bucegi mountains of Romania with me in October, 2013 for my program "Dancing with the Bear: Reclaiming the Arts of Dream Healing". The Blue Lake of Healing is a real place in nonordinary reality. You can read about how I discovered it, and the full instructions for the journey, in my Dreamways of the Iroquois.
We found once again that our shared adventures in shamanic dreaming and soul healing produce gifts that keep on giving. I asked our dreamers to write summaries of what they experienced and what they learned in the journey to the Blue Lake. Here is a first sampling of their travel reports:

"A wounded deer was completely healed as she entered the blue lake in the mountains. In the middle of the lake there was a crystal and from there healing was being sent for Mother Earth and for all the living creatures on Earth. I was healing people and animals and through healing a part of the light was being sent, so that they themselves became filled with more light."

"Healing comes from the depth ! You can heal yourself there, where you did not think that you could even live! The diamond tunnel with rays of divine light help you heal yourself."

"The mountain goat was hurt in many places and still she had the power to reach the lake. The drums and the fire were calling me, recognizing me as one of their people. I was asked why I needed healing. I said, 'Because I want to make art with colors.' Again, I was asked 'Why?' I said, 'Because in this way i can travel.' I brought colors to my heart and my body."

"The animal I met was very young and very beautiful. He was bleeding in the neck area. In the deep of the lake I found a rock, removed it and got to the top of a mountain, where I sat in lotus position. I felt myself being charged with energy. I met some dynamic forms, light green in color. I received a gift: a schoolbag with pockets with buckles."

”A giant eagle was my guide. I became one with her and felt her pain As I came out of the water my body was translucent. I was light, I was love. I saw my dear ones - I sent love to them and they sent love to me. Together, we created an immense sphere of light and love and sent it to float above the lake, the country, the planet. Then I transformed into a tree.”

”I follow a big stag, wounded in the chest, in the left. He is limping, but still I cannot reach him. I arrive at the lake, just in time to see him going into water. I run to the lake and I see him getting out on the other side, healed, running towards the forest. I dive into the water, which on the inside looks like an immense lagoon, with light in every corner. There are nymphs and gods at the bottom of the lagoon. My chest hurts, on the left side. I feel the energy healing me. When I get out of the water I notice I have a big scar on the left side of my chest, where my heart was healed.”

"Dancing with the eagle and the bear and the lion. Great festivities in an underwater city. Ceremony around a cauldron. Diving into the cauldron, swimming through a curvaceous tunnel and arriving in the kingdom with all of our loved ones."

"Heart wounded, I realized I came here to die. I let myself fall in the blue lake. Sweet fall, like floating. Beings, translucent tall beings put this golden, shiny, small energy ball inside my heart center and it started spinning. Golden light revived me and i started breathing the blue, good water. Breathing like the first breath in my life. Came back from the journey with a new song in my head: It is a new life, it is a new dawn.

“I was dancing with the shamans around the fire. In the rhythm of the drums I started spinning - faster and faster - until at a certain point I was not touching the ground any more. I was at one with the wind."

"The stag is bleeding from the eyes and his back right leg is injured. When he comes out of the blue lake, he is healed - and he has dropped his antlers. As he moves away, the antlers grow again, larger than before, and golden.    "Ravens strip away dead energy & disease from the energy field of the group. Bear dismembers some people, cleanses their hearts. Below the lake is a hospital of animal doctors. We are covered by angels' wings, blazing bright."

"The giant with the head and antlers of a stag was standing on the lake shore, with six of my ancestors flanking him, with staffs in their hands looking at me. He gave me his blessing to enter the lake. Now is your time. I entered the lake cautiously, and found I could breathe normally.
"I came to a gate near the bottom of the lake. It was like a lens. When I passed through, I was flying within a blue horizon. I realized I could create anything from my heart. The Heart Fairy appeared. We put our chests together and our hearts were united. They were one, with a tremendous power. And then my chest opened, as I was flying and i connected with thousands of hearts. We were linked in a net of love, light and healing. I realized I was golden. I was there for a long time.”

"I met the bear. He was weak, wounded and tired. At the blue lake he dived below and then he came out all shining. His fur, once grey and without light, was now shining in the moonlight. After my healing I was given a white and silver dress that looked like the fur of the bear waiting for me on the shore. I climbed onto his back and we went into the forest where a shaman woman taught me a dance and an incantation for cleansing: "I release to the fire, water, earth and wind what does not belong to me and is a burden for me.'"

Vindecarea exista in fiecare dintre noi. Crede. "Healing exists inside each and every one of us. Believe.” 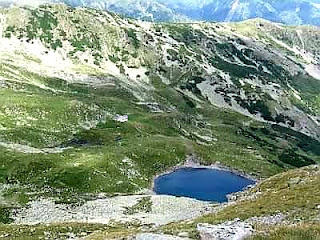 For an expanded version of this report please see my new book Growing Big Dreams.

All so beautiful and inspiring.