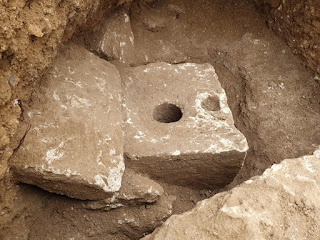 “Shit is good!” The elderly Italian grocery store owner’s eyes twinkled as she bagged tomatoes and homemade pasta for me. “If you crap in your dreams, it means money.”
Her reading is an ancient one, still alive in many family traditions. Josefina had carried it with her from Sicily. The association between excrement and wealth isn’t silly, when we remember that gold and silver come from under the earth, the repository of night soil. One of the names of Hades, the Greek lord of the Underworld, is Ploutos (Roman Pluto) which means The Wealthy.
Sometimes our dream producers make the link impossible to miss. I once dreamed I was on the potty and produced a gusher. What might have been an explosion of diarrhea was a great burst of liquid gold. I woke laughing, feeling a happy release and also a terrific sense of possibility.
As with any dream symbol, the excrement in your dream isn’t necessarily the same as in mine. A good guess, with many dreams of defecation, is that you are eliminating something that needs to come out of your body or your life. To “take a dump”, in a dream, may be to dump what you need to let go. When your feelings tell you that such dreams are positive, they may indicate effective cleansing and releasing, perhaps a return to good health. A bowel movement, in a dream, may herald or accompany a move beyond a blocked or stuck situation. We sometimes say, “I’m feeling constipated” as a metaphor for the sense that things just aren’t coming out of coming through as they should do.
A common variant of the poop dream is one in which we need to go but find ourselves doing it in public. Sometimes this reflects a need for privacy in the dreamer’s life. Sometimes it’s more about whether and when it’s okay to “let it go” in front of others. Guidance on that may come from the reactions of others inside the dream. If other people in the dream don’t seem to notice or mind, that may be telling you it’s okay to let it all out. Let’s remember that in some cultures, going in public was normal bathroom procedure.
Colloquial phrases involving shit or its synonyms may give us a clue to the meaning of a dream of this ilk. Relevant phrases that plop to mind include:
I’m pooped
The shit hit the fan
I’m in deep doodoo
Shit for brains
He/she is a real shit
That’s crap
On the shitlist
Time to shit or get off the pot
This dream theme has been actively discussed for as long as people have been dreaming and needing to go. Some of the best pages in the most famous dream book of the ancient world, the Oneirocritica (“Interpretation of Dreams”) by Artemidorus, are devoted to skatá(the Greek word for shit, from which we derive the term “scatological”). Though I am no fan of dream dictionaries, I have a soft spot for Artemidorus, because he was always careful to note that similar dreams mean very different things according to the varied circumstances of the dreamer, and he checked on incidents that followed a particular dream.
If you see a lot of human shit in a public place, according to Artemidorus, you won’t be able to accomplish anything there. In general, it doesn’t bode well if someone is shitting on your head. But that depends. “I know of a man who dreamed that a rich friend was defecating over his head. That man received a fortune and was named the heir of his friend.” On the other hand, a man who dreamed he was “befouled with dung by a poor acquaintance” later suffered great damage from the person who shat on him in the dream.
Defecating while in bed is not a good thing in a dream, says Artemidorus; it could mean you’ll be bedridden. It could also mean that your relations with a spouse or partner are in trouble, since the bad has been defiled. On the other hand to defecate copiously while seated on a toilet means “good luck for all men”, including “the alleviation of many cares and all distress. For the body is lightest after it has relieved itself.” It’s also a happy event when you dream you relieve yourself this way at a place in nature, on a road or in a river. Watch out, however, if you dream you are pooping in a temple, a place of commerce, or a public street.
I’m not sure I would be happy if I dreamed that anyone was pooping on my head although some folk traditions maintain that having a bird shit on your head in physical life is a very good omen.
From the profane to the sacred isn't necessarily a long journey. I have noticed that many toilet dreams mark an important transition in the dream experience. They may carry the dreamer out of the dream - in order to pee in the batroom instead of the bed.Alternatively, they may move the dreamer into a deeper and sometimes even magical or mystical space. Here's report form my own journals of a toilet dream that carried me into the realm of the Sufi poets.
July 27, 2009
Dream

Your Beloved Is Calling

I woke at 3:00 AM today from the following dream:

I am at a conference center where they are setting up for lunch in the huge dining area. There are wonderful freshy baked loaves of bread on  fresh white tablecloths. There's a gathering in process that includes a lot of priests or ministers. Also present is an entrepreneur who made a lot of money developing an internet search engine.

I receive several messages, as I roam the place, that a Sufi poet has been calling. He wants to get through to a number of people who are here, but they have not been receiving his messages. I am planning to tell the search engine entrepreneur that he needs to develop a device that will alert people when a spiritual teacher is searching for them.

I go through the dining area to a men's room. Several of the ministers are washing up. I go into a stall for privacy and find writing inside the door. Instead of graffiti, it is a lovely poem about spiritual union. Go up to the rooftop. Your Beloved is calling.

I woke with a sense of delight, and recognition. I thought of Rumi, and also of his spiritual teacher, Shams of Tabriz. I went questing back through old journals, and found my chronicle of nocturnal encounters with figures that appeared to carry this tradition. Over the nights that followed, I found myself traveling to many locales - including a glorious Palace of the Winds - in contact with spiritual teachers.

Photo: from the  Israel Antiquities Authority showing a rare ancient toilet in Jerusalem discovered this year. It dates back more than 2,700 years to an era when private bathrooms were a luxury.The smooth, carved limestone toilet was found in a cabin that was part of a large mansion overlooking what is now the Old City.
Posted by Robert Moss at 8:07 AM

Thank you. I.have had repeated dreams of bathrooms and relieving myself. Toilets in nature, in stores, in the middle of the ocean. All very fascinating.

As a woman, I semi-frequently have dreams where I can't find any public toilet I can use because they are all disgusting. Wheeeeeeee. Just like real life, though.