The dream key to Awen 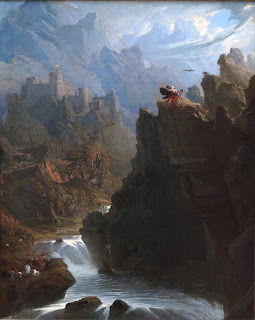 Awen - inspiration - was, as Caitlin Matthews reminds us, "the supreme preoccupation of Celtic poets, especially among those who had inherited the ancient prophetic and visionary arts of the ovate or faith - probably the earliest form of Celtic shaman." [1]
The word awen derives from the Indo-European root -uel, meaning 'to blow', and is kissing cousin with the Welsh, awel meaning "breeze". In contemporary druidism, awen is depicted as three rays emanating from three points of light. 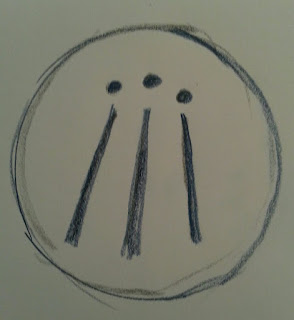 We have a precious twelfth-century account of the importance of dreaming in the access to awen for the ancient Celtic poets and prophets. The source is Gerald of Wales (Giraldus Cambrensis) in hisItinerary of Wales. Gerald describes the practice of the awenyddion, or "inspired ones". In a key passage, he writes:

Their gifts are usually conferred upon them in dreams, Some seem to have sweet milk or honey poured on their lips; to others [it seems] that a written document is applied to their mouths, and immediately on rising up from sleep, after completing their chant, they publicly declare that they have received this gift. [2]

1. Caitlin Matthews, "The Three Cauldrons of Inspiration" in Caitlin and John Matthews, The Encyclopaedia of Celtic Wisdom. Shaftesbury, Dorset and Rockport MA: Element, 1994, p. 219.
2. Translation from Gerald of Wales in Nikolai Tolstoy, The Quest for Merlin. : Little, Brown, 1985, p. 140.

Awe Some!
And I'm "awened" how the 3 rays from 3 dots resemble a BEAR CLAW!