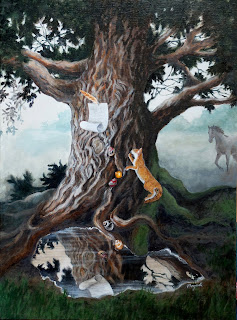 Art: "Message Tree" by Annick Bougerolle
Posted by Robert Moss at 10:08 AM 1 comment: