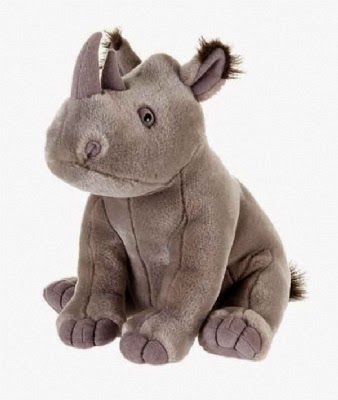 Shhhh. If you're quiet for a moment, you'll hear him snuffling and padding around the room. Most grown-ups can't hear him or see him because they are too busy. Whatever age you are, you don't want to miss him. When he's around, things happen differently. You can finish something before you started it, which is really cool when it comes to doing chores.
He is, of course, the Synchron-O-city Beast. I shall tell you exactly how he got his name and his shape. There was once a very clever professor in Switzerland who woke up noticing what you and I know but most grown-ups forget: coincidence matters, terribly. But it was very hard for him to explain this to respectable adults in a country of bankers and cuckoo-clocks, so he made up a word that sounded scientific.
The word was "synchronicity", which he defined as "an acausal connecting principle." He was talking about meaningful coincidence. You and I know that coincidence always means something. It's through coincidence that we discover that the world inside us and the world outside us aren't really separate. It's through coincidence that we discover the secret doors to the world-behind-the-world that open in our dreams but often seem to be bricked over in the daytime, as if they were never there. Through coincidence, we discover that there are players involved in our games of life who live on the other side of the curtain between the worlds, but can reach through that curtain to move a piece on the board, or tickle us, or muss our hair.
The Swiss professor got serious people - the sort who would never listen to talk of "coincidence" - to sit through his lectures when he substituted the word "synchronicity." He also go them to listen because he told good stories about how synchronicity worked in his own life, about how a solid cabinet cracked with a loud BANG when he was getting into an argument with his own teacher, or how a fox appeared on a path when he was talking to a lady about a dream of a fox.
I have never liked the word "synchronicity" as much as that good old word "coincidence". But alas, "coincidence" has been horribly ad-justedand only-fied by all the people who have long been in the habit of saying, "just coincidence" or "only coincidence". It has even been not-ified by people who insist "it's not coincidence" when they really mean that it is, but it's something real and important and meaningful, and they don't understand (because of the bad talk they've learned) that coincidence is all of those things.

So I've been using the word "synchronicity" in my own classes. But in one of those classes, there was a sweet lady artist who could never say it quite right. It always came out "synchron-O-city" with a great big O where an I should be. I thought this was rather cute, and couldn't bear to correct her. So, month after month, following her homeplay assignments, she would bring us tales of synchron-O-city, to our smiling delight.
One evening there was a newcomer in the class, a serious person and a stickler for accuracy in everything that can be looked up.
"I have another synchron-O-city to tell," said the lady artist, eager to share.
"You mean synchon-I-city," said the newcomer. "You should get it right."

Crestfallen, the artist tried to correct herself, but faltered.
I quickly intervened. "Please don't ever change the way you say that word," I implored the artist. "Every time you say it, I sense a soft snuffly animal - the Synchron-O-city Beast - coming into the room."
I paused. In that moment, I believe we all heard and sensed something like a plush baby rhino, snuffling and snorting. The first peoples of the country where I grew up, Down Under, say that to name something is to bring it into the world. The Synchron-O-city Beast is now alive and ever so busy in this world.
I can prove this because a writer named Maureen has just reported a most delightful dream in which she is one of a team of counselors helping me to run a camp for children where we supervise sleepover parties and dream together. Padding and snuffling all over the magical house in the woods where we are gathered is a creature she describes as a "baby rhino", soft and cuddly.
I don't think Maureen ever heard of the Synchron-O-city Beast from me, at least not in an ordinary way. The Synchron-O-city Beast just went ahead and introduced himself. I hope they are feeding him well in Maureen's dream camp. He thrives on giggles and slips of the tongue. He likes to exercise by shredding the curtain of solemn people's expectations, and butting holes into Outland and Fairyland and other lands big enough to be doorways for anyone with a child's sense of wonder.

An expanded version of this little essay appears in my book Active Dreaming: Journeying beyond Self-Limitation to a Life of Wild Freedom, published by New World Library.
I first posted this blog five years ago. I am re-posting it now because someone just wished me "congadulation" on completing a new book in a Facebook post. That parapraxis or lapsus digiti is another unintended neologism that may be a keeper. In it we hear a happy conga line, and then the rest of the story is dilation, adulation, graduation, or.....? And then in my last blog I described why I have given up trying to play spelling cop for the many people who put an E in "lightning" when writing about the Lightning Dreamwork method I invented. Life rhymes, and something interesting is often showing through the slips.
Posted by Robert Moss at 5:04 PM

Since the Synchron-O-city Beast was reintroduced into my life, the day to day is much more fun. The sync ups from a big dream that jump started mine and my husbands dream journeying over a year ago, staring a shotgun wielding fox in a red truck, are noticed everyday, as well as new ones. Whether it's grabbing our fox coffee mug in the morning when blindly reaching into the cupboard just when it is needed, or counting 32 red trucks during my 35 minute drive to work, it keeps that dream, and dreaming in general, on my brain. The Synchron-O-city beast has made even the most boring days exciting. I encourage people to look for the beast, on a daily basis as I work with my clients. It is the easiest way to help people pay attention and to influence dreaming. I am working to incorporate the game play into my work environment. Thank you for helping me find this fun again!

I have two friends, twin sisters, who pronounce synchronicity “synchronocity.” And coincidentally, today I read about King Hippopotamus with purple wings, “soft as goose-feathers” dreamed by a child in Joan Grant’s “Eyes of Horus.” I believe he may be related to your Synchron-O-city beast!