Know the myth you are living 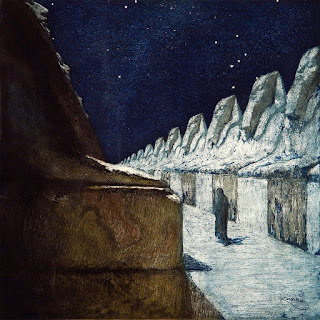 As some people use the word, myth is synonymous with fake news, or superstition, or outmoded hand-me down beliefs. A myth may be a prevailing worldview – that the earth is flat or the still center of the turning universe, that humanity begins with Adam and Eve, that the world is enthralled by a dark Demiurge. For the Greeks, mythos was the spirit of the play, familiar to the audience yet as unpredictable as the gods in how it would unfold in a fresh drama.
A myth may be a sacred teaching story that explains how the world came into being – and what is beyond it – and why bad things, as well as good, things happen, and what it means to be human. A myth may justify the ways of gods to humans, or those of humans before their Creator. A myth may introduce you, like the major arcana of tarot, to essential members of your archetypal family: to personified forces at play in your life and your universe.
A myth may invite you to consider who among the gods defends you, and who has it in for you. A myth may also be a living reality beyond the realm of facts, a source of truth that cannot be confirmed in a laboratory experiment but may be evidenced by the data of raw experience.
Your dreams can be a nightly screening of gods and archetypes. A dream may be your place of encounter with a Big story that is looking for you. It may call you to a tradition about which you previously knew nothing ."In the absence of an effective general mythology, each of us has his primary, unrecognized, rudimentary, yet secretly potent pantheon of dream," as Joseph Campbell wrote in The Hero with a Thousand Faces. Psychologist Betsy Meador was called to study Inanna and her priestess after a dream that involved the prayer flags of the great Sumerian goddess, Queen of Heaven and Earth, that were previously unknown to her.
I was seized by Kali in a terrifying night vision – beginning with sleep paralysis – when I was fourteen. I wrote a cycle of poems in her honor. Later her brother-consort Kala, better known as Yama, became one of my principal mentors, reminding me to consider every life choice in the presence of Death. A little-known Celtic deity came into my ken in a series of dreams in which I was defending my property with a long-handled hammer, like a weaponized croquet mallet. Some shelf elf produced a Gallo-Roman statue of a god with a similar hammer, named in the inscription as Sucellos, which means the Good Striker. He seems to share some qualities with Thor. He is also the consort of a great goddess of abundance, called Rosmerta by the Gauls and Abundantia by the Romans.
We confirm our relationship with a patron deity, or power animal, when it comes to our aid. Athena came to me like this in Anatolia. The Bear has come to me like this many times since it claimed me when I found the courage to step back into the space of a dream where it had terrified me.
Myths are a cauldron of stories and symbols that hold superabundant energy for life. You want to become conscious of the myth you are living. If you are unconscious about this, then the myth is living you and you may be driven into confusion and disaster, like Odysseus when his men lose control of the winds. In different phases of life, we may inhabit – and be inhabited by – different myths. We may find ourselves in the play of rival stories. We may be able to match and mix.
The great scholar of religions Wendy Doniger writes about the “seed text”, bija mantra. In her book Splitting the Difference: Gender and Myth in Ancient Greece and India, she describes how she found this in the story of an Indian goddess, Saranyu, who cloned herself in order to get away from a husband she detested, leaving a compliant Hindu version of a Stepford Wife at home while she ranged free as a wild mare. This story kept after Doniger for decades, prompting her to reach deeper and deeper into its well. Whenever she heard it, she would say, “That’s the story of my life.”


“Myth, by design, makes it clear that we are meant to be something more than our personal history,” declared P.L.Travers, the author of Mary Poppins.
The myths we are living now swing on hinges into other lives, whose myths swing back at us. Because our present life dramas are connected with those of other personalities, in other places and times, within our multidimensional family, it is not surprising that “old” gods and “dead” religions feature in our spontaneous mythology, as mediated by dreams and visions and by moments on the roads of this world when we experience a hidden hand, pushing us forward or holding us back, or rearranging the stage set.