Why dreams set us puzzles 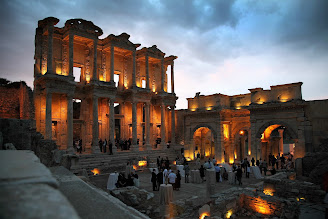 Artemidorus of Daldis, the most famous dream interpreter of the Greco-Roman world, is of perennial relevance. While his examples of dream content and the lives of the dreamers are of his time (the second century) his insights about how to look at dreams and dreamers often speak to us today. He wrote many books of which the soul survivor is The Interpretation of Dreams (Oneirocritica).Freud borrowed the title nearly two millennia later but I would pick the original over the later effort any time.
Artemidorus wrote about many aspects of dreaming in other books that are now lost to us. In the Oneirocritica, his dreams in dreams that reveal the future, especially in those that do this through allegory rather than by literal depiction of possible scenes and events. Allegorical dreams are “those which signify one thing by means of another.”
He gives us a powerful reason for looking for clues to the future in our dreams when he asserts that "the mind predicts everything that will happen in the future.” He gives several examples of precognitive dreams that presented future events in an entirely literal way. A man dreams of a shipwreck and then his boat is wrecked and he narrowly avoids drowning, as in the dream. Another dreams he is wounded in the shoulder by a friend in a hunting accident, and again the dream is played out exactly.
If it is possible to dream the future with this kind of clarity, why do we need allegories? Artemidorus gives two reasons. The first is that we may lack the experience to understand a future event perceived in a dream – for example, because we have not yet encountered a person or situation that features in the dream. By setting us a puzzle to figure out, the “allegorical” dream gives us a rational way to access what the larger mind knows about things to come. Second, a hyped-up dream production can bring an emotional charge that leads to action; “it is the nature of the oneiros to awaken and excite the soul by inducing active undertakings.”
Artemidorus tells us that while the gods who may be dream senders do not lie, they like to speak in riddles. This is because “they are wiser than we and do not wish us to accept anything without a thorough examination”. He gives the example of a man who dreamed the god Pan told him that his wife would poison him via his best friend. It was the relationship that was poisoned, when the wife proceeded to have an affair with the friend.
Artemidorus recognized that every dream may be unique. The snake in your dream is not the same as the snake in mine. To read the meaning of a dream symbol correctly, you must know the dreamer’s identity, position in life, habits and medical condition. “You must examine closely the habits of men before the dream….you must inquire carefully into them.” Suppose you dream you are made of silver or gold. If you are a slave, this means you’ll be sold; if you are poor, you’ll become rich; if you’re already rich, you’ll be the victim of plots because everyone will be out to get your money. You must also question the dreamer’s feelings about a dream.
Artemidorus observes that we dream the future for others as well as ourselves. Sometimes we receive a dream message for someone else. “Many dreams come true for those whose characters are similar to the dreamer’s and for his relatives and namesakes.”
Artemidorus gives the example of a woman who dreamed she was married to a man who was not her husband. He observed that work with this dream could proceed in several directions, including exploring the possibility that it warned of death; “marriage and death signify each other because the circumstances surrounding a marriage and a funeral are similar.” This association, it turned out, was on the right track, but it was the dreamer’s sister, not the dreamer herself, who “married death” after the dream.

Photo: Library of Celsus at Ephesus,where Artemidorus lived and read dreams for most of his life.