Why we miss dream messages about the future 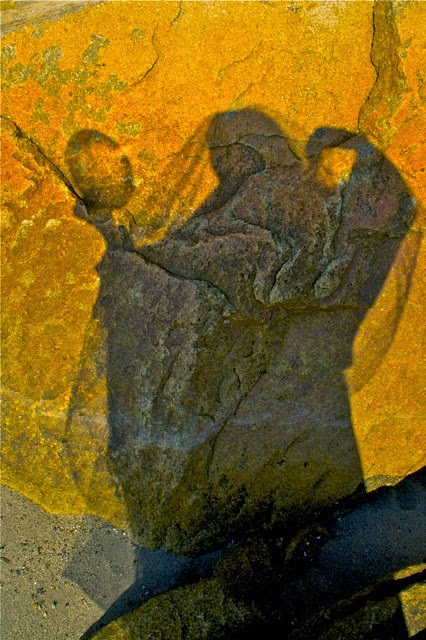 In dreams, perhaps every night, we travel ahead of our physical selves, scouting out challenges and opportunities that lie ahead. Dreams of the future are part of the basic human survival kit. We not only see things that will happen. We see things that may or may not happen, depending on our ability to remember and clarify the details, and then to  take appropriate action to avoid an unwanted possible future event or to manifest a happy one.
This is part of our natural intuitive radar. It has helped humans to survive for the whole of our odyssey on the planet, and most human societies, until recently, have valued dreams and dreamers that can show us the shape of things to come.
So why are so many of us missing our dream messages about challenges and opportunities that lie ahead? For a majority, perhaps, this is part of the cost of suffering a substantial dream drought, missing dreams with every kind of content. But even those of us who love to dream and make room in our lives for dreams often fail to notice what they reveal about the possible future.
We have often been oriented by Western psychology and popular methods of dream interpretation to look only at the symbolic, as opposed to the literal, content of dreams. A widespread theory is that whatever is going on a dream report is a purely subjective, internal transaction between the personal unconscious and the conscious mind. This might lead us to look at every character and element in the dream as an aspect of the dreamer. This can be a fun game to play, but it fails to recognize that dreams are not only personal and subjective experiences. They can also be transpersonal, social and take us to other times and other realities.
When we look at our own dreams, we are naturally inclined to home in on what we recognize from the past, because the past is what we know or suppose that we know. But dreams are actually organized by the future more than the past. They show us things developing within us and around us. They show us events that could play out in the future, for good or ill. In other words, they show us possible futures. We can improve our odds on manifesting a desirable possible future event, or averting, gentling or avoiding an unwanted one if we are able to look at our dream material - whatever its content - and ask, Is there any chance that this could manifest, literally or symbolically, in the future?
If we feel the answer is "Yes", we may want to spend some time clarifying the dream information. The best way to do that, whenever we are able to do it, is to reenter the dream in a conscious journey and take a closer look at what is going on in the space of the dream, carrying the questions any investigator might bring along: What? When" Where? Who? How?
Simply carrying the dream with us for a while, walking with it, seeing whether more of the detail comes back is another way to approach this. We'll get in the habit of noticing when incidents come up in the world around us that resemble scenes from the dream, and perhaps we'll find ourselves better poised to cope with what is coming next.
It will help for us to make a list of personal markers that a dream may reflect coming events. One such marker may be the routine, everyday quality of a dream, reflecting situations that may come up in ordinary life. You may notice clues to the passage of time in a dream - the kids are older, the season has changed. Some markers of dream premonition or precognition may be wildly symbolic. You may notice that you dream of a tsunami or a train rushing off the tracks when a crisis is looming in your life (but don't forget a tsunami could also be a tsunami, a train wreck a train wreck).
For highly psychic dreamers, the lively presence of dead people in a dream is sometimes a marker that information about the future is available. The dead, who are of course alive on the other side, are not confined to time as we know it, and can show us things - if they choose and if they have clarity - that we have trouble seeing by ourselves.
However, even the most active dreamers, with good recall and a clear understanding that dreams must be searched for clues to the future, often miss messages of this kind. In my book Dreaming True I suggested  five main reasons why we misinterpret dreams of the future even when we are fully prepared to look at dreams for messages about what is to come:

1. We mistake a literal event for a symbolic one, or vice versa.
2. We misidentify people and places.
3. We fail to figure out how far in the future the dream event might be.
4. We see future events from a certain angle, that may not reveal the whole picture.
5. We confuse realities, confounding a dream that relates to external reality with dreams that are real experiences in other orders of reality.

Gifted psychic dreamers often find themselves looking at a future event involving others as an observer, looking in from the outside. But in clairvoyant or precognitive dreams involving others, we may be drawn inside another person’s situation. Sometimes it’s as if we have stepped inside someone else’s head and are looking through their eyes. This syndrome is quite common among siblings, close family and friends. It poses special challenges in reading dreams of the future.
We need to determine what is our stuff and what belongs to someone else's stuff. One of the ways to do that is through dream reentry, which means seeking to reenter a dream and establish – inside the dream space– exactly what is going on.
I counseled a woman who was troubled by recurring dreams in which she saw her husband cheating on her and working himself into violent alcoholic rages in which he attacked her and was a danger to himself as well. She was not initially keen on the idea of trying to go back inside these horrible dreams, but I encouraged her to go in as an investigator and get the facts straight. With the help of my shamanic drumming, she succeeded in reentering the dream. She realized very quickly that the locale was not her own home, but her sister's place.
Even more revealing, she found that in the disturbing dreams she had not been herself. She actually seemed to be inside the body and situation of her sister.  She now understood that she had been given insight into terrible problems that had been developing in her sister's marriage by being taken right inside her sister's situation. Now that she had clarity on what belonged to her and what did not, the dreamer was able to talk to her sister, who admitted that she was having the problems seen in the dreams. Now the dreamer could provide loving and helpful counsel and support to her sister, who had been feeling desperately alone.

Shadow photo by Jeanne Cameron
Posted by Robert Moss at 2:52 AM

That one can get into other's stuff in dreamtime makes so much sense to me! Things that don't quite make sense to me in dreams might possibly be because of this. Hmmm...I love it! More exploring adventure for me :) Thank you so very much Robert. I always enjoy and appreciate your posts.

I wanted to add something that happened to me recently. I dream , often 2 or 3 dreams a night and rarely have dream droughts. I also have many precognitive dreams and do the things Robert suggested. During this time the last dream I remembered was of being in a hospital, my brother was in a bed and they would not let him out and b/c of that I was trying to find ways out of the hospital. Two days later my younger brother had a heart attack. When I went to see him, he said he had a dream that morning of being in a place he used to go to in college and oddly of all people our father was there. He said it was so odd to see him there. My dad died a few yrs. ago of heart disease. They said my brother's heart needed to rest and sent him home , 4 days later he was back in. They did surgery. Another week later, he was back in again with more surgery. At the same time 2 more of my younger brothers were in with heart issues as well. They had procedures and were sent home. For the entire time this was going on, I did not remember one dream. After 3 weeks of this, I did start dreaming again. When that happened I knew things would be ok and they have been. I found it interesting that something kept me from dreaming , maybe b/c I did not want to know how serious this was and what may have happened.