The Trees in My Life 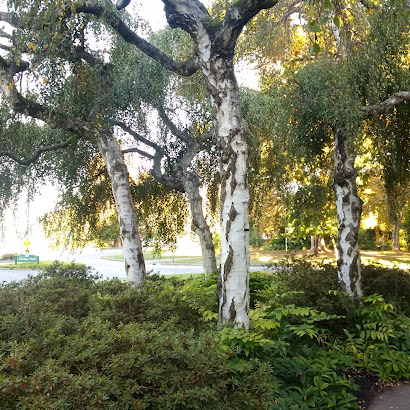 Nina is a lover of trees, and celebrates the amazingly rich and varied world of trees in her beloved Stanley Park in Vancouver in a beautiful new book. Her foreword, tracking her life with trees, is a splendid example of how we can map our soul journey through this world in connection with the natural world around us. I am grateful to Nina and to her publisher, Heritage House, for giving us permission to post this excerpt from Legacy of Trees: Purposeful Wandering in Vancouver’s Stanley Park

Whatever place I have called home during each stage of my life, that place and time has been associated with a specific tree or trees. I only came to realize that recently. Maybe it’s the same for you. What are the trees you can see from your window? In your backyard? Which is your favourite tree in your nearest park?

Growing up in Wales, I was a Brownie (seven- and eight-year-old girls on the path to becoming Girl Guides). My Brownie leader—the Brown Owl—taught me about the common English oak trees growing in Roath Park beside our local library in Penylan, Cardiff. I learned to recognize the oak trees’ acorns and their five- to seven-lobed leaves.

When I entered high school in Llandaff, aged eleven, I chatted with my girlfriends in the playground under the shelter of several massive horse chestnut trees. Their shiny brown conkers were appealing to the touch and decidedly collectible.

When I first married and lived at Douglas Lake Ranch in the province of British Columbia—having by then immigrated to Canada—my home was surrounded by tall black cottonwoods. This member of the poplar family has a habit of constantly dropping bits of itself: yellow-green pollen that aggravated family allergies, red blooms that stained the front path, cotton-covered seeds that made it look as though it had snowed, little branches, big branches, and finally leaves, millions and millions of leaves. These cottonwoods also spread out their roots to ensure they gained all possible goodness from the soil; it was difficult to grow anything much in that garden.

Living in Australia during the first half of the 1980s, I fell in love with the “gum trees”—the eucalyptus trees—with all of them. These flowering evergreens express their individuality through their twisted, irregular shapes, peeling barks, variety of colourful blossoms, and aromatic resin. They absolutely called to my soul. I also loved the many weeping willows that hugged the banks of a tiny stream below our house on our sheep and cattle property.

When I returned to Canada, my parents immigrated to BC too, to Victoria, BC’s capital city on Vancouver Island. Victoria is one of the few places in Canada where the arbutus tree grows really well. Although eucalyptus trees and arbutus trees belong to two different families (Myrtaceae and Ericaceae), they have many common features, at least in this high-school botanist’s eye, such as an irregularly shaped trunk and peeling bark. So, naturally, I also fell in love with the arbutus trees during the three years Victoria was my home. 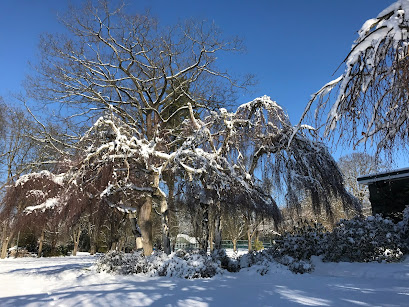 In the grounds of my home in Vernon, in the Okanagan Valley, grew a mature Ginkgo biloba tree, a unique holdover genus from 270 million years ago—that is, before the days of the dinosaurs. Unmistakable fan-shaped leaves grow closely around each branch, tracing its shape; some call them butterfly leaves. One fall, every yellowed leaf on our ginkgo fell to the ground overnight, and the next day we took our family Christmas card photograph standing on a yellow carpet provided by nature.

For a while, the place I called home was shifting, and I don’t remember any particular trees. Perhaps it is the trees that tell me I am home and it’s time to spread my roots down and my branches out and up.

Now living in Vancouver’s West End many decades later, I identify with a full range of trees. The myriad of maples planted along the city’s sidewalks are glorious in their fall colours, with leaves ranging from the size of a loonie coin (one of the Japanese cultivars) to as big as a large dinner plate (the native bigleaf maples). The magnificent Caucasian wingnut on the corner of Comox and Chilco Streets is well over a hundred. The giant northern red oak in Alexandra Park, overlooking English Bay from the corner of Beach Avenue and Bidwell Street, is a West End icon. Witch hazel trees, with their constantly changing summer and fall palette, their early spring brightness, and their intoxicating scent, are among my favourites. Black locust trees, with their brilliant yellow fall colour and their big seed pods, are proud against the sky. And the enormous weeping willows at Second Beach invite one to relax.

One tree demands special attention, the weeping beech at the top end of the Shakespeare Garden in Stanley Park. When I first walked under its canopy of falling, dark green drapery, tears came to my eyes. Somehow, the generosity of that tree, offering its shade and comfort to all who stand, walk, and drive underneath its south-facing leaves, opened my heart.

As a friend says, “Trees are divine beings.”

That weeping beech reminded me of the moment in James Cameron’s movie Avatar when the Na’vi princess Neytiri takes Jake Sully to utraya mokri—the Tree of Voices—so that he too might hear the prayers of the ancestors. Before James Cameron wrote what became the climactic love scene in the movie Avatar, he must have visited Stanley Park’s most special weeping beech, with its hanging green boughs. 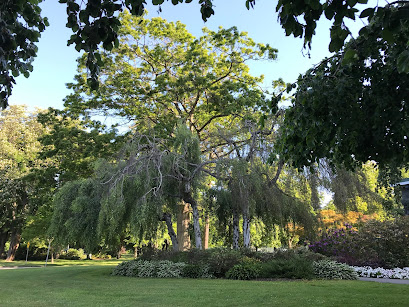 Radio date: Your Life with Trees

Nina Shoroplova will join me for a conversation on my Way of the Dreamer radio show on Tuesday August 11 from 9:00-10:00 a.m. Pacific You can access the show via its healhylife archive to listen live download aftre.

Thank you, Robert, for inviting me to spend that wonderful hour with you, recalling many more trees of my life than I captured in "Legacy of Trees."

The reason I sent you the photos of the four silver birches to go with this article is because this is the quartet that spoke to me in October 2017 with the message that I could tell the story of Stanley Park by just allowing the trees--both native and planted--to be the protagonist. I followed their advice.

It was a pleasure.

The "Unknown" contributor in the comment above is Nina Shoroplova, Robert Moss's guest when we discussed "The Trees in Your Life."