An Emperor of China Governs by Synchronicity 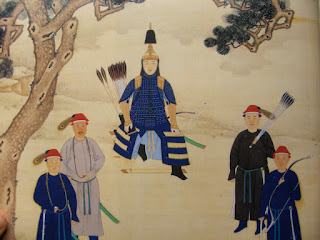 Kangxi, Emperor of the Qing (Manchu) dynasty, ruled China for over sixty years, surviving wars, rebellions and numberless intrigues. He was a man of science and reason who personally attended to many details of government without getting overwhelmed by those details. Dissatisfied with the quality of graduates from the all-important civil service examinations, he personally graded hundreds of exam papers while campaigning under a military tent.
Unimpressed by his generals’ handling of river pirates, he issued exact and savvy directives on the recruitment of agents, the deployment of special forces, and the need for rulers to have personal knowledge of the character and motivation of the enemy: "To learn about pirates you need more than official reports – you can question pirate leaders in person, as I did…You can employ captured pirates themselves as advisers, or use them to take messages to their fellows and induce them to surrender. ..One needs, too, to examine the type of person who is a pirate."
One of the most instructive aspects of this Emperor’s long and successful reign is that he governed with the help of synchronicity and, in particular, with that remarkable Chinese vehicle for pattern recognition, the I Ching or Book of Changes. From his own surviving writings, beautifully edited and arranged by the distinguished Yale historian Jonathan D. Spence* we can track Kangxi’s study of the Changes and decisions he made based on specific readings. There is absolutely no flavor of credulity or superstition in his practice or his commentaries. We are observing a ruler who simply understands that whatever is happening – or is likely to happen – in a given moment is connected, and that by reading those connections , and reaching for the secret harmony, we can do better.
In 1680, Kangxi embarked on a “preliminary reading” of the Book of Changes with three counselors. They devoted three days’ study to each hexagram. Four years later, they went through the hexagrams all over again. The emperor noticed that his diviners were placing some things in the category of “things there was no need to discuss” for fear of offending their master – for example, the sixth line in hexagram 1, Ch’ien: “Arrogant dragon will have cause to repent.” Kangxi instructed that nothing would be off-limits for discussion of a reading. A warning against arrogance was especially important since “arrogance means that one knows how to press forward but not how to draw back…something about winning but nothing about losing.”
In 1683, after the capture of Taiwan, the Emperor discussed hexagram 56,  Lu - “Fire on the Mountain” - with his diviners: “The calm of the mountain signifies the care that must be used in imposing penalties; the fire moves rapidly on, burning up the grass, like lawsuits that should be settled speedily. My reading of this was that the ruler needs both clarity and care in punishing: his intent must be to punish in order to avoid the need for further punishing.” Here the Emperor’s reading is based on considering the natural qualities of the two elemental trigrams, Mountain and Fire – not on looking up the wordy and obscure commentaries of Confucian bureaucrats (which, however, he uses in other readings). Be calm like a Mountain, and look on things from a higher perspective; be quick and decisive in cleansing, like Fire.
The Emperor gives us excellent guidance on the need for a ruler to be open to receiving unwanted messages:

My diviners have often been tempted to pass over bad auguries, but I have double-checked their calculations and warned them not to distort the truth: the Bureau of Astronomy once reported that a benevolent southeast wind was blowing, but I myself calculated the wind’s direction with the palace instruments and found it to be, in fact, an inauspicious northeast wind; I told the Bureau to remember that ours was not a dynasty that shunned bad omens.

He notes that while some phenomena once held to be supernatural are now known to have natural causes and may be predicted “with absolute precision”, their guidance within the weave of change must still be acknowledged and honored:

Human affairs are involved in the phenomenon of eclipses, and it makes no difference that we can now calculate them with absolute precision; we must still make the reforms necessary to avoid trouble and obtain peace.

He insists that we make our own fate, and should “urge on Heaven in its work”:

Things may seem determined in our lives, but there are ways in which man’s power can help Heaven’s work….We must urge on Heaven in its work, not just rely on it….In our own lives, though fixed by fate, yet that fate comes from our own minds, and our happiness is sought in ourselves…If you do not perform your human part you cannot understand Heaven’s way.

Late in his reign, he celebrates the Book of Changes in these words:

I have never tired of the Book of Changes and have used it in fortune-telling and as a source of moral principles; the only thing you must not do, I told my court lecturers, is to make this book appear simple, for there are meanings here than lie beyond words.

We can learn today from Emperor Kangxi’s curt response to the diviners who tried to pretty up a disturbing portent: "Ours is not a dynasty that shuns bad omens." In other words, give us the data straight, whether we like it or not – notice the larger patterns - and do not ignore any source that can be checked out. 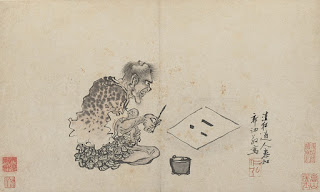 You know even this short article would be a great primer for someone learning or new to leadership. The synchronicity aspect is to often left out of Leadership lessons.