Does your dream handbag have a kissing lock? 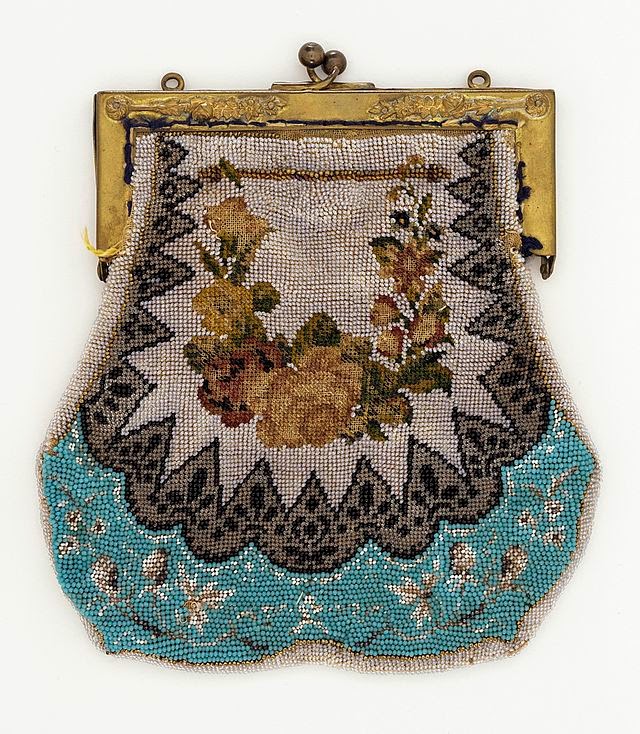 Though I'm a mere man who's never even carried a "European shoulder bag", I've come to know a bit about women's pocketbooks, and especially how they feature in dreams. I've talked with hundreds of women about their dreams of handbags over the years. In leading dream theater in my workshops I've been struck by how often a pocketbook has proven to be a key element in the drama - lost or stolen, at risk, flaunted or misused or swung as a weapon.
The handbag in a dream may of course be just a handbag, one that needs to be checked or kept safe. Everyone knows someone who's had a handbag nabbed by a mugger, sometimes after dreaming this exact event, while failing to recognize a quite literal warning. If you tell me a dream in which your pocketbook is lost or stolen, my first step will be to encourage you to look for clues in the dream as to when and where this could happen, so you can avoid this situation in the future. We also know people who have rushed off to the airport without a passport or driver's license. So if you tell me you dreamed something like that, my first advice to you will be to check that you have your travel documents before you leave home on your next trip.
Now let's consider the symbolism of a pocketbook and what it contains. By my observation, a woman's handbag often contains:

Each of these literal items is rich in symbolism. Together, they represent power and identity, things we don't want to lose or have taken from us. One woman dreamed she was fighting off a giant panther with her pocketbook. That's power! She held up her own side so well that in a later dream the panther reappeared as her friend, purring like a kitty.
Another woman dreamed she was at the office and kept leaving her pocketbook in a place where it was vulnerable. In the dream, she couldn't break this habit, even though she knew that a creepy man who might be a robber was prowling the halls and snooping around her things. When I invited her to compare the behavior of her dream self to that of her waking self, she was able to come up with an action plan that involved not giving up her power in her work situation.
Another woman dreamed she had left her purse in church and needed to go back to retrieve it. She felt this reflected the fact that for part of her life, as a devout member of her congregation, she had given up her right to direct knowledge of the sacred, and was now reclaiming that.
A woman's pocketbook can represent her sexuality. You don't have to be a Freudian to see the possible sexual associations with the way it opens and closes. The catch on the vintage photo used here is actually called a "kissing lock".
I remember wildly funny dream theater back during the (Bill) Clinton presidency in which we play-acted a dream in which Bill is trying to get into a woman's purse. Eons ago, at a dream conference, I couldn't miss the the sexual character of this type of dream while doing a dreamwork process with an attractive woman from Texas . In her dream, she is repeatedly and compulsively opening her purse and snapping it shut. As she recounted the dream, in front of 200 people, she couldn't stop herself vamping and gyrating.
Again, a bag can just be a bag. I had a recurring motif in dreams over a period of 18 months - that a little grey carry-on bag I always took with me on trips was lost or stolen. The context was different in each of these dreams, but the outcome was the same. The dreams prompted me not to carry my passport or valuables in that bag, which was a good thing, because 18 months after the first lost-bag dream, that grey carry-on was stolen from a car I rented in California. There was symbolism in the literal event that followed the dream. On the day it was stolen, that grey carry-on bag contained a working draft of a book I later decided not to publish.
Playing with our dream symbols is fun. We also need to be more literal about dreams and more symbolist about the incidents of waking life. That's my bag.

Did dream theatre with one of my recent dreams of having my purse stolen. At the conclusion of the theatre I realized that the "bad guys" who stole it were doing me a favor. Then the three of us in my dream group decided to see what we would REALLY want in our purse (a Mary Poppins type purse where pianos and beaches could be pulled from it). Great fun and quite profound.

This is a delicious post, the image caught me as well. I love the look of it the colors and the texture of it. What happened for me as I read it was the weaving of meanings that happen both in the waking and the dreaming. Culture Border Crossings. In the Kanaka (Hawaiian) culture, the purse is ('eke) also the same word (though shortened a bit) used to describe the placenta, or the pouch or womb. The sacred space of creation the word links with the Earth Mother herself, Haumea.

So in dreams with purses, there is that potential. Birthings of one kind or another.