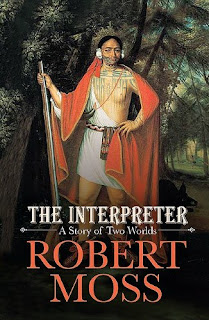 In 2012 I was honored to be invited to present the third annual lecture in memory and celebration of John G. Neihardt, the remarkable poet and scholar who gave us Black Elk Speaks, the classic and essential work on spiritual vision in Native American tradition. I spoke about how Neihardt's dreams were his passport to the Lakota holy man, just as my dreams have been my passport to wisdom keepers of other cultures, from the Mohawk to the Mununjalli of Queensland
Dreams guide us to the necessary past, to the history we need to know and use. Dreams may also trigger and direct specific lines of research. Dreaming, we have direct access to the realm of the ancestors. Sometimes they reach to us, in dreams, as an ancient priest of Nippur appeared to the Assyriologist Herman Hilprecht when he was puzzling over the meaning of two fragments of agate or as an ancient atetshents (“dreamer”) and clanmother of the Mohawk people called me to work that required me to study her language and reconstruct the shamanic dream practices of her tradition. We can choose to reach to the ancestors through dream incubation and by developing the skills of shamanic dreaming.
The practice of dream archaeology involves reclaiming authentic knowledge of ancestral traditions, including those that may have been buried or suppressed in the course of history, through a combination of careful research, active dreamwork and shamanic journeying across time and between dimensions. The dream archaeologist combines the skills of the shaman, the scholar and the detective.
We let dreams set us assignments. Secrets of the past, of which the waking mind may know nothing or very little, come to us in dreams because we are ready for them, and because the ancestors speak to us. As dream archaeologists, we work with such dreams through focused investigation, tracking that strange word, looking again at the fragments of that figurine.
We also carry our exploration into the dream space, by learning to go back inside a dream, wide awake and conscious, as an archaeological team may penetrate to previously hidden levels of a site, or the inner caves where the great revelations are to be found. I call this technique dream reentry. It is practiced wide awake and conscious, and may be a joint venture by a whole group of active dreamers. We use shamanic drumming to fuel and focus our expeditions, using a dream image as a doorway to harvest more information, open direct dialogue with the ancestors, and go to the deeper levels of reality where the meaning of things can be found.
We are open to the phenomenon that Yeats, with poetic insight, called the “mingling of minds”. This means that when we give our best efforts and passion to our chosen work or study, we draw the support of intelligences beyond the everyday world, including those of past masters in the same field.
Dream archaeology guided my research and writing, at every turning, in the creation of the three novels that comprise my Cycle of the Iroquois - Fire Along the Sky, The Firekeeper and The Interpreter - and in the retelling of Iroquois cosmology and the reclaiming of ancestral methods of shamanic dreaming in my nonfiction Dreamways of the Iroquois.
At the Neihardt Lecture,  I spoke in the presence of the Four American Kings - portraits by Jan Verelst of three Mohawk chiefs, and a Mahican, who were received like visiting sovereigns when they sailed to England in 1710 and were received by Queen Anne. I found myself dreaming into the life of one of them in the late 1980s. His name was rendered in colonial documents as Sayenqueraghta, a name I translated as Vanishing Smoke. A Mohawk of the Bear Clan, he was the grandfather of Joseph and Molly Brant. His dreaming and his war magic are reflected in the extraordinary tatttoos on his face and chest, meticulously copied by the Dutch artist, who must have wondered at their meaning and perhaps at their energy as the Mohawk posed in the typical posture of an Old World grandee.
In my novel The Interpreter, I describe the London experiences of Vanishing Smoke and the Mohawk war leader and skilled politician called Hendrick by the Dutch and the English from their own perspective. This includes the shock of finding themselves in a roiling city of over 700,000 people, when the largest city they had previously seen (Boston) had a population of only 5,000, and the Mohawk population on traditional Mohawk land had fallen to just 580 thanks to smallpox and flight to Canada.
The historian in me required me to check every detail in the historical records of the trip. The dreamer and novelist in me then enabled me to add what is not in the documents - for example, how a Bear Clan Mohawk might respond to the torment of a chained bear being mauled by attack dogs for the pleasure of gamblers, when the four "kings" were taken to a bear pit in Hockley-in-the-Hole for what the Englishmen of the time considered fine entertainment.
-
Fire Along the Sky,  The Firekeeper and The Interpreter are now available in handsome new editions from Excelsior Editions, an imprint of the State University of New York Press.
Posted by Robert Moss at 10:11 AM

For any readers who have not read Robert's magnificent trilogy, please catch up with the first two and order the third as soon as possible. These books are the perfect melding of history and the imagination, the imagination fed by reclaiming not only lost knowledge but awakening the energy and spirit of past words, past events, past interaction among the people who inhabited the fields, woods, and new settlements of the New York frontier. Robert is in touch the language and the spirit of the Dream of a vastly changing world in a time of intrigue, exquisite diplomacy and world-changing events. These are magnificent books!

Thanks so much, Wanda. This is deeply appreciated, coming from one who knows the territory - in Iroquoia and in dreaming - so well and whose knowledge and intuition and friendship were of inestimable value to me as I walked these trails.

I am not surprised that you would get standing room only when you made your presentation at The Albany Institute of History and Art. Not only are you an excellent speaker, but your subject was something that had to be of profound interest to a lot of people. I certainly gets my attention.

People have been guided by dreams since long ago. Using dreams for archeological searches seems right to me. We can and do go into different levels of existence in our dreams. Your dreaming into the life of Sayenqueraghta utterly fascinates me. I seldom read novels. But if your three novels are historical novels, that’s different. I have ordered copies of all three and I shall read them.

I have read Neihardt, too, including Black Elk Speaks

Thank you for posting something of such profound interest.

Thank you, Don. You'll find that one of several things that makes my historical novels rather different from most fiction is that they have very extensive source notes and Mohawk-Indian glossaries in which I revive and explain the meaning of an ancient spiritual vocabulary. The history professor in me would not let me write or publish these books without inspecting all the surviving sources. The dreamer in me required me to remain true to the facts of visionary experience, and to live that from the depths. And Island Woman - the clanmother and woman of power - and Sir William Johnson were also determined (I do believe) for me to be true to what they lived, and knew, and know.

Brilliant~ I'm looking forward to dreaming about this further when we go to Australia. It looks like March, at Uluru. Black Elk Speaks holds a sweet place in my heart as that is the book that Brian pulled out of his back pack at the airport bus stop where we met- just before I got on a plane to Australia!!

Katie - Do let me know what happens when you go to Uluru. When I was at another place where power has rested, Bandelier in New Mexico, I found that one of the walls with Anasazi petroglyphs became transparent, like a window, letting me see and learn the rituals of ancient shaman-priests. (I write about this in "Dreamways of the Iroquois").