Warning from Ur: lose your dreams, lose your world 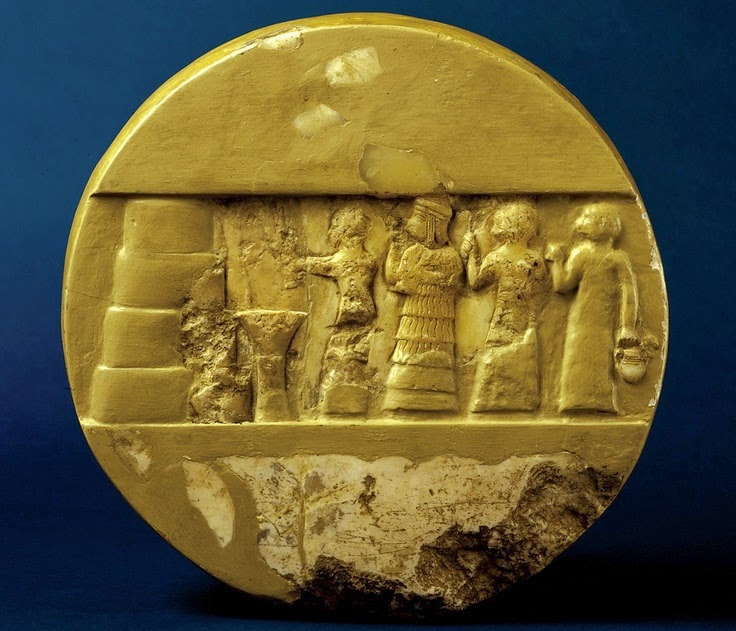 When we lose the dreaming, we may lose everything that matters. There is a haunting warning about this, echoing down across the millennia, from an ancient Sumerian text that gives voice to Ningal, the goddess-protector of Ur, who shared the central temple-palace complex with her consort Nanna, the god of the Moon. Ningal is speaking of the coming destruction of the city:

Here the loss of dreams heralds the fall of the city and the loss of an empire.
We can only grasp the full power of Ningal's terrible complaint when we understand her vital role, and that of the succession of high priestesses who embodied her, as dreamers and dream interpreters.
In The Treasures of Darkness, Thorkild Jacobsen made a strong case that Ningal, like her mother Ningikuga, was a goddess of reeds as well as of the Moon. For the people of ancient Sumer, reeds defined a liminal environment, between the marshes and the dry land, symbolically a place of passage between states of consciousness and reality.
Betty de Shong Meador writes in her wonderful book Inanna, Lady of Largest Heart: "Ningal wanders in that borderland between dry ground and the watery deep of the rivers or ocean. In that transitional space between solid consciousness and the muddy unconscious, dreams emerge. Ningal is the divine dream-spinner who roams the marsh in the moonlight of her husband and taps the fertile, imaginative play of figures in the darkness that make up dreams."
The high priestess of the Moon god of Ur, Nanna, embodied the goddess Ningal in the annual rites of sacred union in which Nanna was embodied by the king. The hieros gamos was believed to renew the fertility of the land. From day to day, a no less vital function of the high priestess was to receive and pass on to the king and the people "Ningal's gifts of dreams". The phrase comes from the first author known by a personal name in all the world's literature: Enheduanna, poet, princess and high priestess of Nanna at Ur, whose wild and lovely poems evoking the Moon couple's daughter Inanna, Queen of Earth and Heaven, still arouse and unsettle us today.
Scholars parsing the cuneiform texts from Sumer that have survived on baked clay tablets have found extensive evidence that dreams were greatly valued as oracles for both individuals, families and the whole polity. It was believed that the gods expressed their wishes and revealed the future through dreams. Special care was taken in incubating dreams on matters of great importance.  The dream seeker would lie down on a special couch - "the shining, fruitful couch" - to seek divine guidance, or seclude herself in a specially constructed reed hut.
In her poem of exile, Enheduanna  grieves for a people bereft of the gift of dreams. The poet priestess laments

I find this information wonderfully exciting and will pursue the resources you provide. You've brought this important dream culture vibrantly back to the present for me. Thank you, Robert!

This inspires me to keep up the work and grow my skills in the hynogogic state. I have been lazy. This is rich for me Robert, thank you.

I have temple dreams and have had reed work dreams. Now I want to make my dream work this holiday season to go through journals and gather these dreams together.

My resent temple dream was this ritual at a Ziggurat. I tracked it to the South Pacific, not Mesopotamia however. But, your writing sheds new light on the ritual for me.

A group of us gathered in the first chamber, we paired off and came into a union. This felt of love and individuation and mirror work. Then we all joined in a circle and a simplest sense of One conciousness was their in the room. It was loving. Then we layed down and slept. This happened with each level until we reached the top. There a golden grid opened (or was?) the door and white moon light came from the space beyond it. When I stepped in my feet were in a colbalt blue channel. And the second part I think was for me personally.

I remember when I first started this work and you warned me to be careful of how I work with the mythology. I had no understanding of what that power meant. Maybe having to trail the underworld is sometimes about remembering the powers that be.

Thank you, dear Adelita. Patricia, I am glad to hear about the many levels of your ziggurat dream. I am quite sure that dream incubation went on in the great ziggurat at Ur, and there may indeed have been several levels or approach to the numinous.