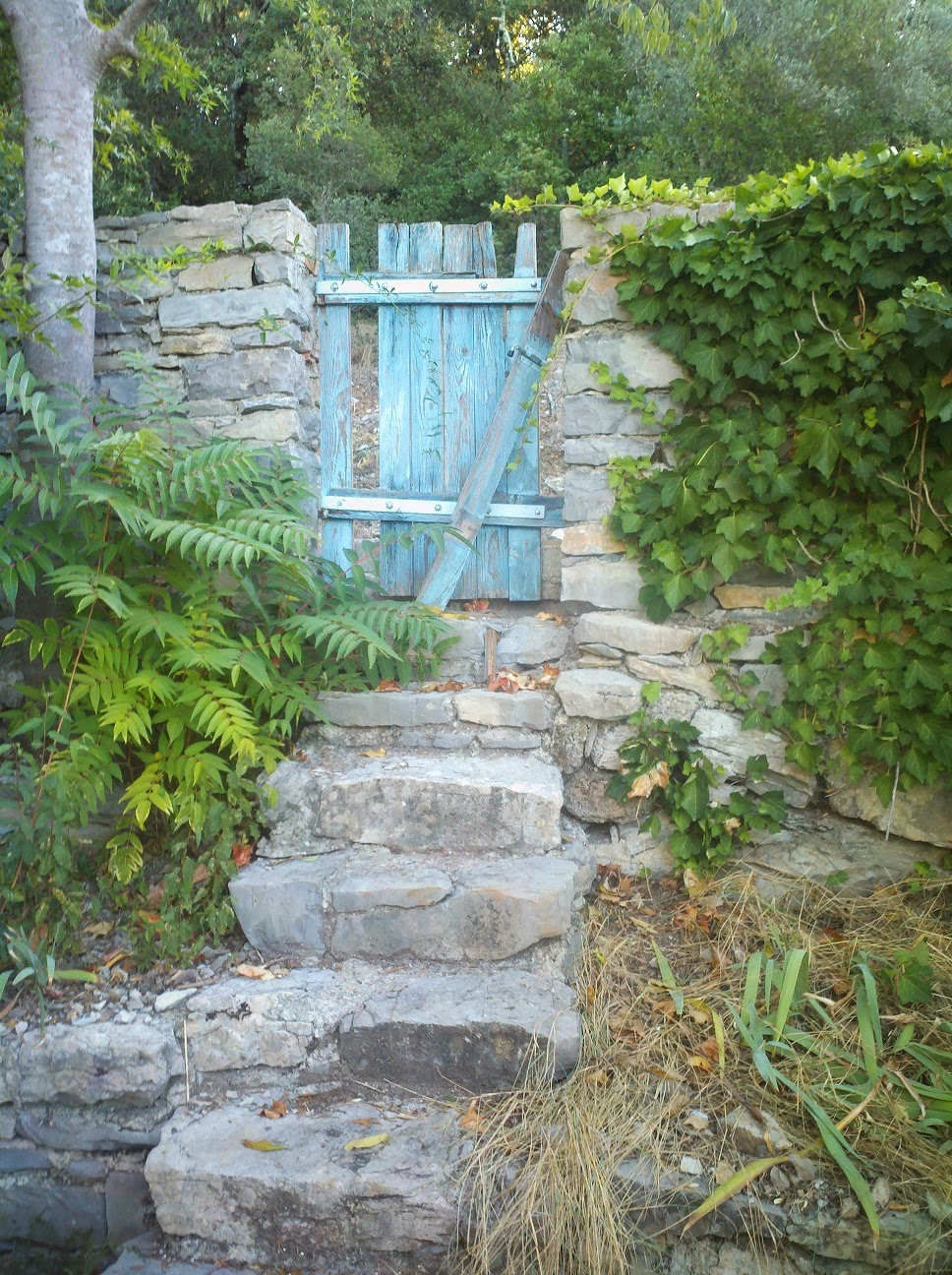 
"Today we are going to the Gallery of Time," I explain to the eager group of adventurers gathered in a restored stone farmhouse in the Midi.
"This is a place where many have gone to explore their connections with personalities living in other times. It will appear to you like a very long, well-lit gallery filled with art and artifacts, furniture and clothing, jewelry and masks and weapons from many different cultures. You will be drawn to one of these. When you look at that picture, or try on that coat, or sit on that chaise longue, you will be instantly drawn into the time and place from which it comes. You will find yourself entering the experiences of someone who belongs to that time. You may feel yourself entering the mind of this person and settling into his or her body for a while.
"You need to clarify all the details. Whose life have you entered. What exactly is going on?
"You want to establish why you have been drawn to this person. How doe the dramas and issue of this life situation compare to your own? Are there lessons to be drawn?
"Remember that the time is Now. You may be able to establish clear mental communication with the personality whose situation you have entered. You can initiate mental dialogue. You may find that there are ways in which you can help each other, at least to understand a trans-temporal drama."

I had already introduced them to the Gatekeeper, and given them a password. You don't get to the Gallery of Time - let alone what lies beyond it - without an invitation, and certain preparation. I am eager to see what today's travelers, all bright and eager and ready, would bring back from this new expedition to a place where I have conducted hundreds of voyagers over the years.
"Put your bodies into correct position for the journey," I remind them. Soon they are stretched out comfortably on the mats, eyes covered by sleep shades or bandannas.
I drum for the group, and travel with them. While watching over the group, both physically and psychically, I am ready to make a personal journey. I have a low boredom threshold and have learned that the mind can be fully active in several places - levels of consciousness and reality - at once.
I watch our travelers salute the Gatekeeper, who takes forms adjusted to their own characters and experience.
I am detained in my own journey by unexpected activity around the steps to the great building. An old friend, who handles security here, appears dressed like a gamekeeper, in tweeds with a shotgun over his arm. Men in similar garb, and some in British military uniforms of perhaps a century ago, are coming and going and keeping close watch on the perimeter. My friend is welcoming, and approving of my guests. But he wants me to understand that there is something urgent I must do, something to do with the military.

I enter the Gallery and realize I am in a military section, with uniforms, helmets and weapons on display. My attention is captured by an officer’s leather belts – a Sam Browne belt that goes over the shoulder and a regular belt with a leather holster attached, and a heavy pistol inside.
I strap these on. 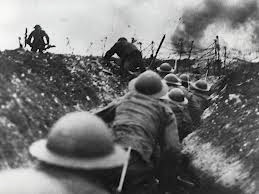 Immediately I join the situation of a young British officer in the trenches in the thick of World War I His first name is Norman. He has not been having a good war. His commanding officer – not a bad fellow, Norman is eager to explain – considered him a coward for holding back when ordered to take his men out of shelter into the German machine gun fire. The colonel died doing just that.
The year is 1916. This world of mud and blood is part of the Battle of the Somme.
Norman can’t breathe. He is buried under a heap of dead and dying men. No one is coming to help. He is going to die like this, breath forced from his lungs.
What he most wants now is a glimpse of blue sky and green hills.
In my mind, I am driving on a curving road, over gently rolling hills. In part of myself, I am back in upstate New York circa 1987, on a road I often drove while living on a farm near Chatham. I am drinking the fresh air through the open window, delighting in the sweet beauty of the green rolling hills, the horses grazing, the glorious blue sky with a few fluffy fair weather clouds, all more vivid than I had previously remembered.
“Thank you,” Norman groans. I am amazed to realize that, without knowing what I was doing, I have placed happy memories from my life in upstate New York a quarter century ago into the mind of a man who is dying in a trench in Europe in 1916.
“I want to give you something,” Norman speaks in my mind. “I was good at drawing. I was a fair draftsman. I helped design an engine. That may be old hat to you, I know, but please use anything I can give.”
Now I understand the military theme at the entrance to the Gallery of Time. I did not come here today to fulfill an agenda set by my current self, but to answer a call from almost a century ago. I am moved to tears by the thought that I may have been called, in the simple way, to give a dying soldier a glimpse of blue sky.

We stand at the center of all times.
There are places where it is easier to remember this, and to act on it. The Gallery of Time is one of them.
When we are on to something as important as this, the world often helps us to hold on to it by producing a rhyme.
The day after I entered the mind of a dying man in World War I, I ran into a man who had taken part in my workshop while waiting for a flight to Paris at Montpellier airport. He is from Sweden, and had proved himself to be an excellent travel companion in more than one reality over the three days of our adventure in "Time Travel and Reality Creation".
I described my visit to the dying man in World War I.
My Swedish friend said, “World War I will end in 2018.”
"I beg your pardon?"
He repeated "World War I will end in 2018." He explained that this line is part of the promo for a TV series on World War I that is currently running in Sweden.

The Gallery of Time is part of a complex imaginal environment known as the House of Time. You will find a description of the House of Time and travel reports from earlier expeditions in my book Dreamgates. As is the nature of imaginal reality, every visit results in changes to the locale, which has deepened and grown enormously since 1998, when I published the first reports. To know more about what is possible here, there is no substitute for first-hand experience. In the events calendar at www.mossdreams.com you will find details of future group adventures in time travel and reality creation - for example at Berkeley, CA in March and at Mosswood Hollow, near Seattle, in July - as well as a whole weekend devoted to exploring the House of Time in May.
Posted by Robert Moss at 4:34 AM