What if the dream angel spoke to you tonight? 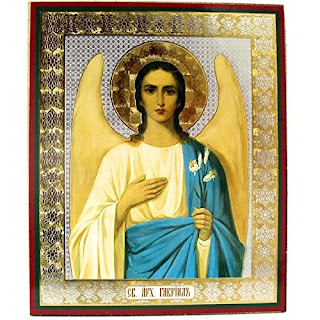 "Can you imagine a modern American man coming to his wife, who had just had a baby, and saying 'I had a dream last night, and I received a message that we need to move to Mexico because our baby is in danger here'?  Can you imagine her discussion with her parents, as they’re packing up the house?  The conversation at work when they quit their jobs?"
The question was put to me by a Christian friend after he read an article I had written on the dreams that saved the life of the infant Jesus. My friend continued:
"Somehow we seem to think that lives 2,000 years ago were simpler, and that these decisions weren’t as 'big' as they would be today, but in an era when the average person probably never traveled more than 50 miles from the spot they were born, this was a very large decision indeed.  They knew how to listen."
A thought transference exercise of this kind is like stoking a fire, and bringing the glowing coals under the cold ashes alive. It carries a fierce and luminous story that may have grown cold and gray through mindless repetition into blazing relevance for how we live today.
My friend had further questions. "Where, and when, did we lose the ability to listen to our dreams? How do we get it back?"
Here's part of the answer I give in my book Conscious Dreaming:

For centuries, the church applied crushing weight to deny the validity of personal experience in the worlds of spirit. Personal revelation is always perceived as a threat by religious monopolies. To impose its control over bodies and souls, the medieval church not only demonized half the cosmos; it demonized the dream source and the personal unconscious - a poor name for what is also our channel to higher consciousness.
Carl Jung, the son of a Protestant minister who had lost his faith, observed that organized religion exists to protect people from a personal experience of the divine. Hopefully, we and our churches will evolve beyond the need for such defenses. In these things, there is simply no substitute for personal experience.
If fear of dreams breeds witchfinders, it also spawns reductionists, who are perhaps more deadly (or at least more deadening) because they invoke scientific jargon in a society where 'science' is widely presumed to have all the answers. Turn a certain kind of scientist loose on the dreaming mind and you will soon be informed that dreams are hallucinations spawned by the wash of chemicals, or nonsensical clutter generated by random neural firing. Such findings are usually reported without a single reference to the researcher's personal experience of dreaming, which speaks eloquently about their value.
There is all the difference in the world between a genuinely scientific approach and scientism, the dull ideology that denies the authenticity of what cannot be quantified and replicated under laboratory conditions. It is scientism, not genuine science, that is the enemy of dreaming. True science is hungry for fresh data and new experiments, ready to jettison theories that our understanding has outgrown, ever alive to the possibility that the universe (like the dream source) is putting bigger questions to us than our best brains can put to it. It is no accident that the pathfinders of modern science - Einstein and Pauli, Kekule and Bohr, even Sir Isaac Newton in his day - have been dreamers and practical mystics.

I've spent nearly thirty years in that cause, and have founded my own school of Active Dreaming, training dream teachers from more that 20 countries. Part of what we help people to understand - to revert to my friend's initial questions - is the need for discernment. Working with dreams, as with any other source of information, we want to check the reliability of our sources and fact-check the details. Active dreamers learn to do this in a  number of ways, for example by (a)  identifying and trusting their true feelings and gut instincts about a dream; (by) getting feedback from others according to the quick, clear and action-oriented Lightning Dreamwork process and (c)  mastering the art of dream reentry, which means going back inside a significant dream, wide awake and conscious, to develop further information and dialogue with the source.

Thank you very much for such a wonderful post. It gives me something to digest. Beautifully written. I must say, I have just discovered your writings and posts. I feel so fortunate. I listened to your lecture last night on The Shift Network. Totally amazing. I have used imagery to help my patients heal in surgery and Naturopathic Medicine. When listening to your live webinar, I loved your exercises. They were so amazing. Thank you for all of your efforts in writing and speaking. Although you are new to me, I know that you are a perfect teacher and I am glad to read, listen and study your work, with gratitude and sending much kindness your way, Dr. Denise Tarasuk RN, ND, MA Ayurveda