The unexpected guest at the door 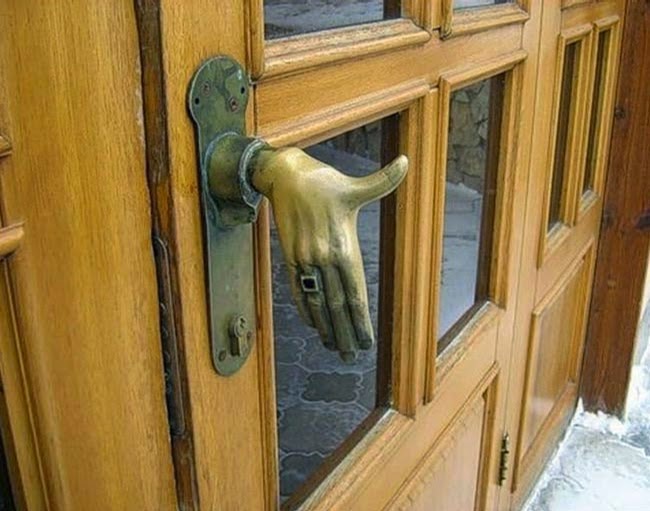 The best-loved of the Sufi poets, Jalaluddin Rumi, helped inspire a game I have improvised for my workshops, and I want to share the game here. The purpose is to take a close look at some of the moods and feelings that turn up at our door, like unwanted guests and distract us from what we are trying to do and can even crush the joy and the juice out of us. "Negative" feelings that surprise us may range from impatience or anxiety to rage or fear or guilt. Yet we can also be diverted or swamped by feelings that have a better reputation - like empathy or pity - if we can't contain or channel them.
-    Rumi gave the general idea in a poem titled "The Guest House". Here I am borrowing from the fluid version rendered by Coleman Barks. In Rumi's poem, each of us is like a guest house where visitors are turning up at all hours, and we need to be ready to receive them in appropriate ways. These visitors are moods and feelings.
-
This being human is a guest house.
Every morning a new arrival.
A joy, a depression, a meanness,
some momentary awareness
comes as an unexpected visitor.
-
Rumi's counsel is to "treat each guest honorably. He or she may be clearing you out for some new delight."
-    So, the game goes like this: Imagine yourself at the door of your house - your actual house, or the house you would like to live in. Either way, this is also a guest house where visitors can appear at any time. Now picture that a feeling that challenges you is at your door. You are going to open the door, and NAME that feeling, and inspect it in the animate or personified form in which it presents itself.
-   Next and most important, you are going to figure out what you want to do with this visitor. Just sending it away is unlikely to work; the feelings you deny will find ways to haunt you and steal your energy. On the other hand, with certain feelings - especially certain forms of fear, the mind-killer - the best strategy (contrary to Rumi) may not be to bring them right inside the house, but rather to set them in a kind of "holding area" and call in help to deal with them.
-    The first time I played this game, in one of my circles, I met Impatience as the visitor at the door. He looked like a young, overstuffed, pompous version of myself in a power suit, so full of himself he really thought the world should make way for him every time he wanted something. I didn't care for him at all, but I made it my game to show him into a comfortable den, get him to take off his coat and loosen his collar, and loaded him up with good books and good movies on DVD and encouraged him to enjoy everything that was available to him while he relaxed and allowed the events he was waiting upon to unfold naturally.
-   A woman in that group met Empathy at the door. Empathy looked like Kwan Yin, but her form was entirely composed of water. The challenge was to engage with her without being swamped with emotion to the point of drowning. During our journey (aided by drumming) the woman succeeded in finding effective containment and channels for all that water of emotion.

-   Other players have met and named a host of personal demons, including the "noonday demons" of Depression and Despair. Among the host: Anxiety, Guilt, Remorse, Anger, Self-Pity, Sorrow, Self-Importance, Resentment, and The Dominator (note the dominant definite article). In handling such unwanted guests, the guest house managers have followed various strategies. One player filled her house with music to soothe and cheer Remorse. Another met a strung-out Anxiety at the door and got him washed and cleaned under the shower and comfy in a fluffy robe. Sometimes other residents of the guest house came forward to help, Joy overwhelming Fear or Grief.
-    In the games so far, I have not yet heard anyone, except myself, name one of the trickiest demons, the one the desert fathers called Acedia ("ah-SEE-dee-yah"). This is the most deadly of the tribe of noonday demons, a dry dementor that sucks the juice and joy out of everything. Acedia is the demon of Not-Caring. He is so tricky that at one point he succeeded in getting the learned editors of the Oxford English Dictionary to declare him "obsolete" while sniggering behind his cupped hand, "I'll be baaaack." Next time he shows up at my door, I'll see how he needs to be handled and will report back - assuming I succeed and therefore still care :-)
-
Want to play this game? Picture the feeling that is your unwanted visitor at the door. Name it and visualize it. Then write up your report and decide how you need to handle this visitor in your life.
-
Posted by Robert Moss at 9:23 AM

I like this one. I have so many unwanted visitors. Lots of work to do. Thanks for offering a way through it.

Yes, I agree with Nanette. I had one of those visitors with a very specific name. I will remember this, and connect it with Rumi (one of my favorite guides). Thank you.

Robert, I've had a series of distressing dreams with people that seem to just "appear" in my home. I will take this as synchronicity at work and attempt your game to try to identify who is showing up. Thank you, your work has been definitive in my healing process.

Excellent exercise, Robert. All emotions are welcome at my door because they want to give me important energy and information. If I turn them away, they will find to a way to break and enter. If I engage them they always transform and leave me a gift.

FYI, UNKNOWN was me, Robert, and wishing your a Happy Thanksgiving and a Blessed Advent Season where young ones will see visions and old ones will dream dreams! Samuel