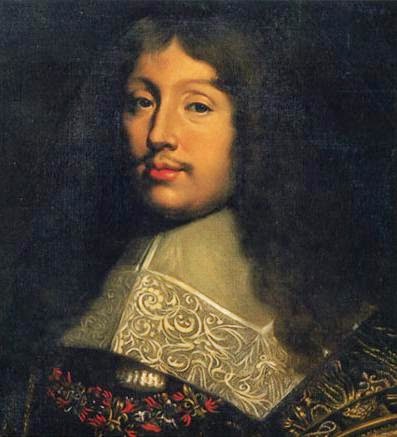 I am greatly in favor of aphorisms, those witty, pithy one-liners that distill something of the human condition. When I was a teenager, I picked up a copy of the Maxims of the Duc de la Rochefoucauld, and was delighted by the ice rapier wielded by this worldly seventeenth-century prince observing the foibles of his fellow-humans.

We are strong enough to endure the misfortunes of others.

Our virtues are often nothing more than our vices in disguise.

Of course, I loved Oscar Wilde's waggish tongue, despite being made to play Ernest (when I wanted to play Algernon) two years running in my boys' school production of The Importance of Being Earnest. In period attire, as Jack Worthing ("Ernest") I apologized to the boy playing Gwendolen for not being more wicked:

Jack: Gwendolen, it is a terrible thing for a man to find out suddenly that all his life he has been speaking nothing but the truth. Can you forgive me?

Gwendolen: I can. For I feel that you are sure to change.

Before I got to university, I discovered another French master of the one-liner, Nicolas Chamfort, a handsome charmer whose robust view of life  and jovial self-mockery contrasted with his messy suicide in the throes of the French Revolution, in which he was successively a Jacobin and an anti-Jacobin.

A day without laughter is a day wasted.

Public opinion is the worst of all opinions.

If it wasn't for me, I'd do brilliantly.

Then I found Mark Twain, and was enchanted by his endless repertoire of punch-lines and snappers, which I often find myself quoting in public talks.

I don't want to hear about the Moon from someone who has not been there.

Choose Heaven for the climate, Hell for the company.

Mark Twain was great one for keeping a notebook. He carried one everywhere, and you can see the gestation of many of his best ideas - and first drafts of his one-liners - in the collected editions that I now keep in my library.
If you want to enhance your ability to deliver fresh one-liners, keep a journal. Jot down your thoughts, your observations, the odd phrase overheard in the street, a line that jumps out of a book. Develop the practice of writing a one-liner, a bumper-sticker or snapper, to distill the message of a dream or the quality of an incident, or a day.
For confirmation that the journal-er is on the way to becoming an aphorist, consider the practice of the  case of the German polymath Georg Cristoph Lichtenberg, a contemporary of Chamfort.
Lichtenberg  journaled thoughts, observations and witticisms, starting in his student years, in notebooks that he called his Waste Books (Sudelb cher). He borrowed this term from the English accounting houses of his day. For English bookkeepers, a “waste book” was a temporary register of transactions, jotted down in rough form before being entered in meticulous copperplate in a formal account book. I like the throwaway quality of the term. It encourages us to get down the scraps and the rough sketches, without concern for form or structure or even spelling
Here are a few of the choicest entries from Lichtenberg's vast collection of snappers and astonishers (as Mark Twain might have called them):

A person reveals his character by nothing so clearly as the joke he resents.

The most dangerous of all falsehoods is a slightly distorted truth.

I forget most of what I read, just as I do most of what I have eaten, but I know that both contribute no less to the conservation of my mind and my body on that account.

Everyone is a genius at least once a year.  The real geniuses simply have their bright ideas closer together.

Follow Lichtenberg's practice of keeping a "waste book" - a journal where you write without concern for the consequences - and you'll find you have your one-liners closer together.
My aphorism from all of this:

The word "aphorism" is derived from the Greek ἀφορισμός aphorismos, meaning "delimitation" or "definition". To qualify as an aphorism, a statement must be fresh, concise and memorable. The terms was first used for the Aphorisms of Hippocrates, in which the famous first sentence is a specimen of the genre: "Life is short, art long, opportunity fleeting, experience deceptive, judgment difficult." The whole quote continues: "The physician must not only be prepared to do what is right himself, but also to make the patient, the attendants, and externals cooperate."

Failure is success in disguise.

I love the condensed wisdom contained in a well constructed one-liner. Mark Twain is a personal favorite, but thanks for introducing me to a few other brilliant aphorists!