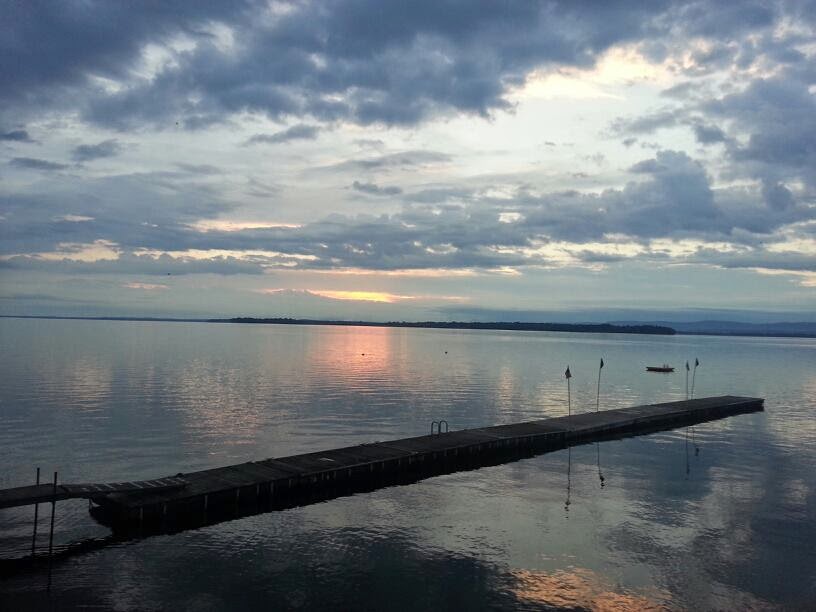 The springs of creation are mysterious. Goethe said that not only were the roots of his creative power veiled from him, but that he did not want to know the source of his tremendous gifts. But what can be said is that creative flow comes in a state of relaxed attention. Looking over my own experiences as a writer and occasional artist, and at the lives of creative people in many fields who have shared their experiences with me, I would suggest the following maxims as keys to opening to creative flow. Though I have written these with writers especially in mind, I think you will find that they apply in many areas.

1. Play first, work later. Do you ever give more of yourself than when it’s all for fun? On a book tour, I was once asked by a left-brain type, “What can you tell me about becoming a writer?” I told him, “Remember to play.” As he solemnly recorded my advice in his notebook, I added, “I don’t think you’ve gotten the message.” It is not about scheduling an hour for play! It’s about giving yourself to what you love, and letting the work flow from that unnoticed.

2. Sidle toward your story. Australian Aborigines say that the big stories — the stories worth telling and retelling, the ones in which you may find the meaning of your life — are forever stalking the right teller, sniffing and tracking like predators hunting their prey in the bush. Or like dreams. You don’t want to startle them away. So, if you want to write, start by writing something other than what you are “supposed” to be writing — anything but your writing assignment. Letter writing and journaling are ideal; but even a grocery list will do.

3. Every force develops a form. Don’t worry about structure! The structure will reveal itself organically when you follow the energy.

4. Keep your hand moving. Work at increasing speed. Let the flow of associations carry you along.

5.   Release the consequences. The best things you will ever create or perform are things you do for their own sake, the things you would do if you never got published and never received a check.

6.   Don’t ask for permission. There is a time to check in with editors and producers — or simply to share with friends — but that time is after you have released what is trying to be born through you, not in the midst of conception and gestation. Never ask permission when you don’t need it!

7.   Your real story is hunting you. Use peripheral vision. Be attentive to what is bobbing up on the margins of your awareness. Be canny as a traveler in the wood: don’t turn abruptly to stare at these new creatures directly. They’ll come closer if you let them. These might be the stories, or story elements, that will make your day/month/year. Remember that they may be hunting you. You made yourself easier to find by entering these thickets, by going down the writer’s trail without following a route map.

8.   It’s as natural as breathing. In the language of the Tewa Indians, the three-syllable terms that is translated as “art” or “creativity” actually means “water-wind-breath.” This is a beautiful evocation of the creative process. It’s about catching the current, about breathing in and breathing out. In-spiration is literally breathing in spirit; exhalation is releasing it into the world.

9. Spread cornmeal for butterflies. Many years ago, I dreamed that a wise Native American woman told me, “It’s okay to make money, but remember to spread cornmeal.” The last phrase was a mystery to me until I learned, during a visit to the Southwest, that the Pueblo Indians spread cornmeal to feed the butterflies in some of their rituals. Cross-culturally, the butterfly is a symbol of the soul. Indeed, the Greek word psyche means both “soul” and “butterfly.” It’s all about feeding soul. 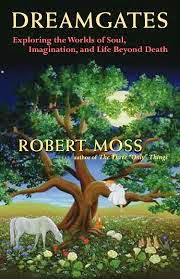 Text adapted from Dreamgates: Exploring the Worlds of Soul, Imagination and Life Beyond Death by Robert Moss. Published by New World Library.

Thank you for this one: Every force develops a form. Don’t worry about structure! The structure will reveal itself organically when you follow the energy.

Thanks so much for this, Robert. Brilliant advice, as always. I will be sharing!

I saw your post after I dreamed of a dump truck, with a placard on the side that read "Very Creative Energy". I am grateful for your timely post!

Get daily suggestions and instructions for generating THOUSANDS OF DOLLARS per day ONLINE totally FREE.
SUBSCRIBE FOR FREE