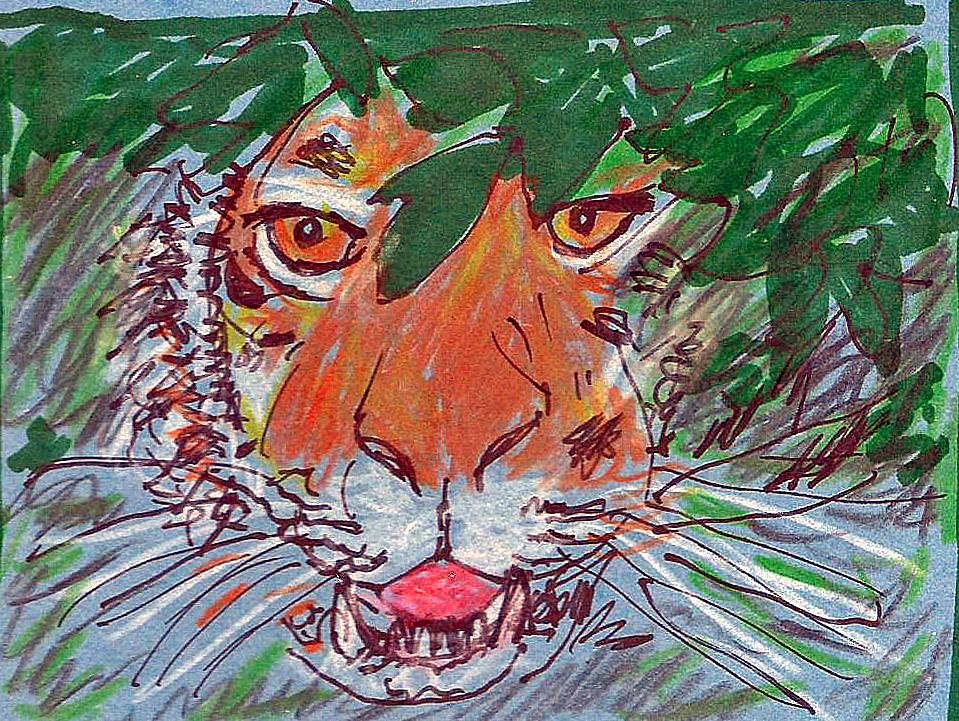 The wheeling of the stars is not infiniteAnd the tiger is one of the forms that returns.- Jorge Luis Borges

Adapted from The Boy Who Died and Came Back: Adventures of a Dream Archaeologist in the Multiverse by Robert Moss. Published by New World Library.

I used to dream of bear. One or more would appear, but I was petrified, screaming, running away. Occasionally, other animals would stalk me, including tigers. My recall has been spotty lately, but bear has not been around.

I used to dream of bear. One or more would appear, but I was petrified, screaming, running away. Occasionally, other animals would stalk me, including tigers. My recall has been spotty lately, but bear has not been around.

Such a great reminder to honor and feed our allies. Pass the tea.

As a child I always dreamt of lions. I had a frightening childhood that left me shy and afraid. At night, the lions took me on adventures and rescued me as needed in my dreams. I owe all I am to these lion guardians. When puberty came, the lions rarely came in my dreams but I am so grateful for their aid and I still remember many of the dreams at 62 years old.

I intend to travel to Macchu Picchu in the next 18 months or so once other things fall into place for me. I have been slightly concerned about the physical demands of the location. More excited than ever to dream while there and call in my tiger as you did.

Buen viaje, Fishgirl. A word in your ear: I would never talk about "my" tiger. From the tiger's perspective, I am their human. And your preferred monicker could make you sound like a tasty snack for a feline :-)

I am riding a shark that I helped and saved. I fed him good and sparkly. This is the biggest shark you ever seen. But I trained him right and whales and dolphins follow him along. And I would like to see what a tiger would do in waters around me. A fish goddess.

What a amazing story! One of the few reoccurring dreams I have from childhood is of a tiger chasing me around in a circle. Recently just the large bright face of a tiger appeared to me in a dream after I had been fighting a bad man, and had won the fight. Now I realize the tiger in my childhood dreams was trying to catch me to help me, and now 50 years later, I have finally allowed him to join me. I carry a small plastic tiger now with me, and imagine him with me whenever I feel afraid, and circumstances that used to cause me stress, now play out with ease and joy. Thank you for confirming the magical power of large cats spirits.