The causes of dream drought 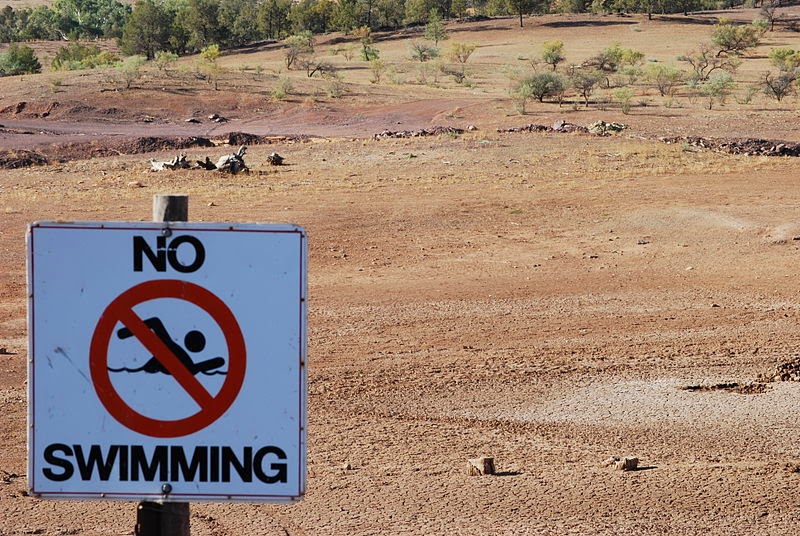 Too many of us have lost touch with our dreams. It's no exaggeration to state that our society is suffering a severe and protracted dream drought.
From the viewpoint of many spiritual traditions, this is a very serious condition. It's through dreams, say the Navajo, that humans keep in touch with the spirit realm. If you have lost your dreams, say the Iroquois, you've lost part of your soul. "It is an age-old fact," declared the great psychologist C.G.Jung in his last major essay, "that God speaks chiefly through dreams and visions."
There are three main reasons for the dream drought in many modern lives:
1. Bad habits.
The rhythms and routines of a typical urban life simply don't support dream recall. Too often, we are jolted awake by alarm clocks - or bed mates, or kids who need to get to school - and stumble out into the world, fueled with caffeine, to try to get through our rounds of deadlines and obligations. In many situations, we have nothing that supports and rewards the habit of taking time to collect our dreams. Most of us also lack a practice for creating a safe space where we can share our dreams, receive helpful feedback, and be supported in devising creative action to embody the guidance and energy of our dreams. If we don't do something with our dreams, we will not dream well.
2. Fear and regret.
We run away from our dreams because we think they might be telling us something we don't want to hear - about the dark side of ourselves, or trouble or illness ahead. We slam the door and say "it's only a dream." This is a poor strategy. Issues we leave unresolved in the night are likely to come round and bite us in the rear end in the everyday world.
Alternatively, we dream of something wonderful - of joy and delight with Mr or Ms Right, of a dream home, a dream job, a world of peace and beauty. But when we wake up we tell ourselves there's no one like Mr Right in our life, or we don't have the looks or the money or the ability to manifest what we enjoyed in our dreams. So we kiss off the dreams, telling ourselves they are "only" dreams. Again, this is a foolish reflex. If we can dream it, we may just be able to do it.

3. Artificial sleep cycles.
Very often our concept of a good night's sleep is at odds with our dreams. Many of us believe - supported by any number of sleep doctors and pharmaceutical companies - that we need to spend seven or eight hours each night in uninterrupted sleep. This idea would have amazed our ancestors. Before the advent of artificial lighting (gas and then electricity) most humans experienced "segmented sleep" divided into at least two distinct cycles, a "first sleep" and a "second sleep" as they used to be called in England.
Experiments by a team led by Dr Thomas Wehr for the National Institutes of Mental Health suggest that, deprived of artificial lighting, people revert to the ancient sleep plan, with an interval of several hours between the two sleeps.One of the most interesting findings of Wehr's research was that during this interval subjects typically register elevated levels of prolactin, a pituitary hormone that helps hens to brood peacefully on their eggs for prolonged periods, and assists humans to lay eggs of a different kind, but putting them into a benign altered state of consciousness not unlike meditation. Sleep historian A.Roger Ekirch says flatly, "Consolidated sleep, as we experience it today, is unnatural."
The French had a charming word for the liminal state between two sleeps: dorveille, which literally means wake-sleep. Among indigenous and early peoples, it's a time when you might stir and share dreams with whoever is available. It's a highly creative state, so much so that in my Secret History of Dreaming I have called it the "solution state", based on the many scientific discoveries, and other breakthoughs, have come in this zone. While we are primed or medicated to give ourselves just one longish sleep period,we are limiting our chances of recalling and sharing dreams, and depriving ourselves of easy access to the fertile field of hypnagogia - the images that come and the connections that are made - between sleep and waking.
For more on natural and artificial sleep cycles, and the "solution state", please see The Secret History of Dreaming. For practical help on breaking a dream drought, please see my book Active Dreaming.
Graphic: Sign in Rawnsley Park, South Australia during a drought. By Peripitus via Wikimedia Commons.
Posted by Robert Moss at 6:41 AM

I have struggled with sleep for many years. I am sleeping better these days as I have purchased valerian root tea leaves.
I must admit that I keep forgetting to bring my journal to my bedside to write my dreams down, but tonight I will. I have had a recurring dream for about 5 years now of demons surrounding me and whilst I say the Lord's prayer to make them go away, and they do start to stand back, I stumble over the words of the prayer and then they get closer. As of late (3 months or so), one of the demons actually goes into my body and my personality changes in the dream and I remember having feelings of dread. As he is inside of me, I start saying the Lord's prayer again, and then he is forced out. But then again, as I stumble over the words, he tries to get back inside of me and then I wake up. These dreams are terrifying and recently it was SO real, I was terrified to go back to sleep. When I had stumbled on the words, the demon hit me, and I ended up falling out of bed had a sore spot on my side. That was the night I was scared to go back to sleep. Thanks for this post. I really wanna deal with this and get this dream to stop.