When I learned he owned the heart of Africa 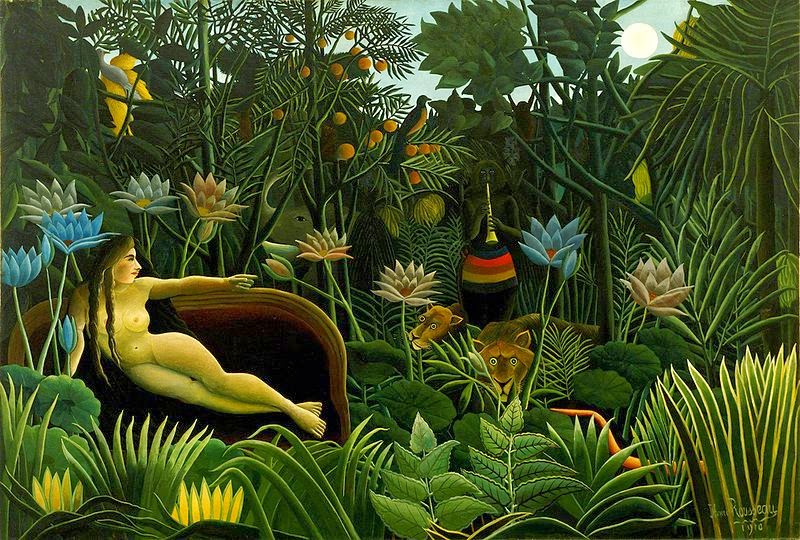 Through dreams, we learn interesting things about each other that go beyond what we already know. I was once staying in the Manhattan apartment of a friend from whom I was drifting apart. His world was one of money and society, and my interests were now worlds removed. He had never volunteered a dream to me.
That night, I dreamed that he owned a vast area in the heart of Africa. This was not the Africa of Kurtz, in Conrad's Heart of Darkness. It was a realm of primal, surging life. I was thrilled by the profusion of colors and wildlife and the presence of indigenous people who lived close to the Earth and close to the dreaming. I carried from the dream the idea that there was far more to my friend, in his larger self, than he allowed to show, and that it would come through when he was ready.
I chose not to report the dream to him. I simply carried its energy. As we shared coffee, I looked at my friend, in his custom shirt and sleek barbering, with his copies of all the newspapers and his invitations from society ladies and from Capitol Hill, with affection. Our friendship survived, and I saw my friend speaking and acting in more spontaneous, livelier ways.

Thanks Robert - I enjoyed your Blog especially as I am currently living in Tanzania, in the heart of Africa. Have you ever thought of coming to these parts to run a workshop? Best, Nigel

Hello Nigel - I go to teach where good people get everything together and make all easy. That has not happened yet in Africa, but we have some wonderful people who have journeyed from Africa to take my dream teacher training and other workshops, so it may happen in the future.

I'd love to get to one of your workshops Robert. Maybe that would be a first step to having you run something here in Tanzania. I'll have to see what this year has in store... enjoying your blogs in the interim (and your books too of course ! ). N

I resonate with having such a dream and holding it close to my heart, letting it effect it's magic without the cerebral engagement of telling the dream. Great choice of images to illustrate your post, too.