Taking on the power of a woman shaman 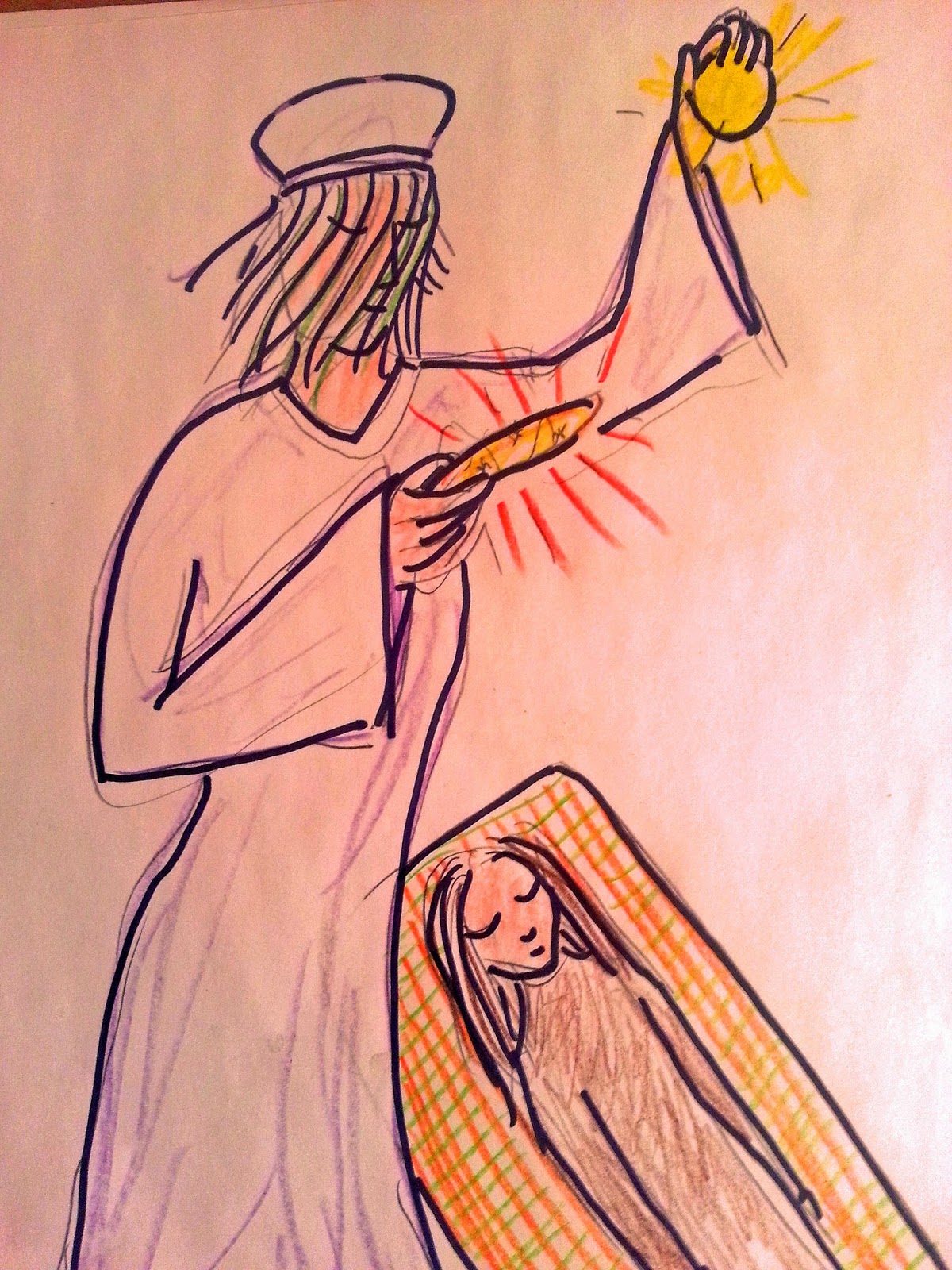 As a mere man, I am always delighted when something happens to bring me closer to the Divine Feminine and to put me in touch with my own feminine side. I just had an experience of both those things that leaves me feeling charged with joyous energy and profoundly grateful.

I am leading a large workshop group in which we are performing shamanic rituals for healing. A woman friend is with me; this woman is like a sister to me and has assisted me in other workshops over many years. We agreed that she will be the demonstration model for a shamanic healing ritual which we will allow to be photographed and possibly filmed. She lies on the floor and gets her body in a comfortable position on a blanket.

I am dancing around in a long swirling garment, gathering power and power objects for the ritual. I pick up and contemplate several objects I may use, including some large crystals. I am looking for a bear fetish, but find that the crystal I select is actually carved into the image of the Buddha. It's quite beautiful, with shades of lavender, but I decide not to use this.
Still dancing, I find another crystal, shaped like a soft L, ornamented with little jewels and fine strands of gold, glowing with rainbow lights. It's soft and feminine, yet it packs a lot of power, and I can hold it like a laser gun to fire energy exactly where it is needed. This is the tool I will use.
With this in my hand, I dance back towards my assistant. My long garment flutters around me, and so do the strands of a veil that is hanging over my face. I realize that these are traditional garments of a woman shaman, and I become conscious that I have summoned and am now channeling immense energy of the Divine Feminine. My assistant stirs as I approach. I lay objects beside her and over her, reassuring her that it's me and all is going according to plan, even better than we planned. She mumbles agreement, seemingly quite sleepy, and shifts her body so most of it is now off the blanket, while her head remains in its original position.
Energy surges, finding its way to where it is needed. The glow of nurturing energy expands, filling the whole space. Some people in the background start chanting Goddess names. Indeed, we feel the Goddess is with us.

I'll be curious to see what the friend who is my demonstration model in this dream remembers from the night. I dreamed this in early sleep, before midnight, so she may not yet have been in the dreamlands.
In the meantime, plenty of others have been keeping me posted on the peregrinations of my dream doubles. In the past 24 hours, I have received reports on a Robert with a black dog who joined one dreamer for a picnic on a hill; and a Robert with a bear who introduced another dreamer to three other animals; and a Robert who magicked up a big tax refund for a third dreamer. A Robert who is savvy with tax and finances is definitely a parallel self in a parallel reality far from my ordinary circumstances! I wouldn't mind an occasional meet-up with him.

I shared my dream report with the woman who was assisting me in the healing ritual in the dream. She told me she seemed to spend most of her time, in dreams last night, participating in a healing ritual that involved singing a childhood ballad that is full of deeper meanings. She also informed me that she has some large crystals from a family place in the South and expects to bring back more when she visits the property in the spring. I have invited her to assist me in a depth workshop later this year.

I'm absolutely thrilled to have found this blog. I recently listened to your interview via Soundstrue and something clicked.

Your way of seeing the world has reminded me of my capacity to move through life with the effortless, attentive focus of the active dreamer. I've always loved to follow the signs, but maybe I forgot or thought I should behave differently.

Your eloquent presentation of the subject has already opened so many doors for me. I wanted to stop by And thank you. Maybe we'll meet in dreamland one day :)from

Thanks so much, Lily. The night before last, I dreamed I was in Vienna (where I taught a weekend workshop in 2004). Though Austria is not in my current events schedule, I am teaching at many locations in Europe in your general neighborhood this year - including Prague and Romania in October. Details in the events calendar at my website. Perhaps your dreams will lead you to join one of these adventures. It is marvelous how much becomes possible within the supportive energy of a circle of active dreamers.

Your blog is great for anyone who wants to understand this subject more. Great stuff; please keep it up!
SHAMANISM

I find it interesting how shamans and crystals are rarely found without the other. It's a mystery to me how I sense a consciousness or presence with some crystals and not with others. Crystals often assist me in my dreaming, healing and spiritual practices. I thoroughly enjoyed this dream telling. A+!