Night Journeys in Bath with a Celtic Gatekeeper 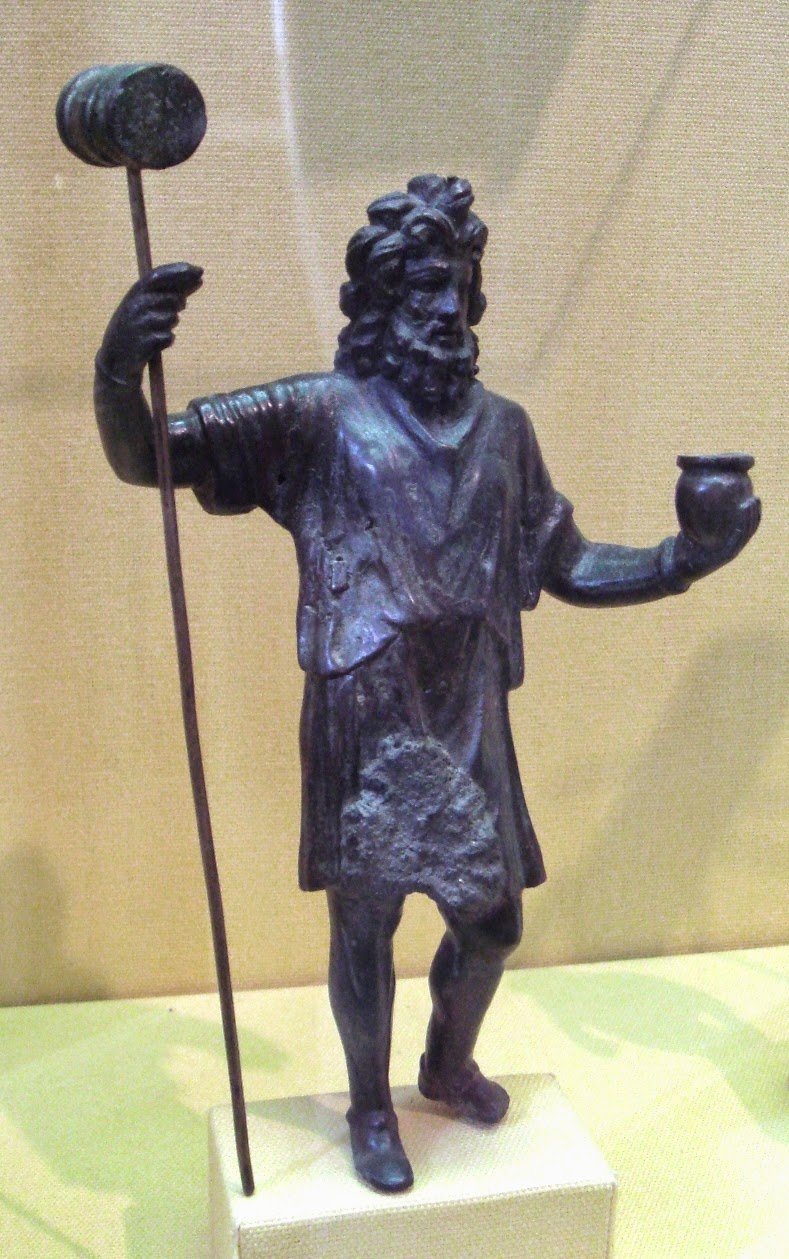 After more than twenty hours of travel by plane and coach, and dinner with conference staff, I was ready for bed when I got to my room in Pratt's hotel on South Parade in Bath. The room was charming, as is the Georgian city, but the night was very far from still. Raucous, sometimes feral, bands of drunken youths ranged the streets, howling and squalling, even in front of the seemingly dormant police station a block away on Manvers street. The packs were often fifteen or twenty strong.-
The noise did not abate until 4 AM. Some of the drunks were no doubt students who had not learned to hold their grog (or to kick it) since Bath is essentially a city of universities and retirees; others looked very lumpen, unlikely material for any academy. I wondered if there were some holes in the otherwise elegant city's sewers and drains through which unpleasant creatures of the Netherworld spewed forth after dark.
Despite the racket, I drifted off for a time, then surfaced in that liminal hypnopompic state that is a promising place for visions. At last Bath seemed to be blessedly quiet. In my second body, I drifted to the window and looked out.
My window looked down on Duke Street. I was fascinated to observe, in this depth of night, that a semi-circle of figures were gathered on the pavement, looking up at my window. They were dressed in the garments of many different periods. There was a woman with flaming red tresses I knew to be a priestess from the time when a fierce ancient Celtic goddess, Sulis, was worshipped in association with the famous therman waters of Bath, long before anyone thought of bathing in them in the way that became fashionable for Romans and Georgians in their contrasting modes. There were Romans in togas, and in the armor of a centurion. There was a Regency dandy in tailcoat, high collar and exorbitant stock and top hat. There were figures from the time of the Great War, and of World War II, and from quite recent times. And I knew that I was in the presence of the dead.
Drawn by curiosity, I had drifted through the window and down among them. I realized it might not be a good idea to have unfiltered contact with these local spirits., especially since some of them might have contributed to the disorder of the human rat-packs that had bothered me earlier.
I felt the need for a guardian. He was there before I reached for him, standing at my left shoulder, a tall, strapping figure with a great mane of hair. He held a long-handled hammer, something like a croquet mallet, balanced against his left shoulder. I knew his name, because many years ago, in a time when I needed to re-set and maintain psychic boundaries, I had dreamed repeatedly of carrying a similar weapon as I parolled the borders of my property. The recurring dream symbol has prompted me to do some research, and I came up with images and inscriptions relating a Celtic god named Sucellos in Gaul. In Gaulish, "Su-cellos" means the "Good Striker". He seemed like the very image of the right gatekeeper in this environment, especially since he also has an association with beer and is sometimes depicted carrying what may be a beer pot.

I now felt confident that I could safely engage with some of the ghostly figures on Duke Street. The red haired priestess took me into a time long before the Roman baths, when the waters bubbled and steamed, unconfined, in a swampy landscape. I did not enter those waters; this, it seemed was not how they were used.
This was the proscenium to some more dramatic episodes, in the hours before dawn, when I journeyed deeper into what lies beneath the stone and asphalt of Bath Spa. All I will say for now is that on such explorations, it is always a good idea to take along a friend with a big stick
Posted by Robert Moss at 1:23 AM

Long ago I dreamed of meeting a guardian of the souls, an imposingly stout man in purple robes, whose name started with an "A" and sounded like some medication. This entity patrolled the halls of a museum-like repository, where "soul essences" were stored in large, graceful amphoras. The guardian was armed with a huge wooden spoon. (Those whose guilty pleasures include Midsomer Murders would be reminded of the idiom-laden Pudding Club, whose regalia included a large spoon.) Although the spoon in the guardian's hands was mainly for protection, sometimes he used it to smack the amphoras, "to prevent the souls from falling asleep", as he claimed. I am sure the souls noticed it.

After reading your engaging post on your restless night and magnificent visit with the dead,accompanied by an equally appropriate guide, I read about Bath Spa. I came upon an 8th century poem, probably familiar to you, the subject assumed to be the ruins of Aquae Sulis at modern Bath, Somerset, and the powerful fate (Weird or Wyrd) that reduced to ruins the community and its buildings. Fire consumed some of the poem; but I thought you and your visiting dead might enjoy hearing its words again:

This masonry is wondrous; fates broke it;
courtyard pavements were smashed; the work of giants is decaying.
Roofs are fallen, ruinous towers,
the frosty gate with frost on cement is ravaged,
chipped roofs are torn, fallen,
undermined by old age. The grasp of the earth possesses
the mighty builders, perished and fallen,
the hard grasp of earth, until a hundred generations
of people have departed. Often this wall,
lichen-grey and stained with red, experienced one reign after another,
remained standing under storms; the high wide gate has collapsed.
Still the masonry endures in winds cut down
persisted on__________________
fiercely sharpened________ _________
______________ she shone_________
_____________g skill ancient work_________
_____________g of crusts of mud turned away
spirit mo________yne put together keen-counselled
a quick design in rings, a most intelligent one bound
the wall with wire brace wondrously together.
Bright were the castle buildings, many the bathing-halls,
high the abundance of gables, great the noise of the multitude,
many a meadhall full of festivity,
until Fate the mighty changed that.
Far and wide the slain perished, days of pestilence came,
death took all the brave men away;
their places of war became deserted places,
the city decayed. The rebuilders perished,
the armies to earth. And so these buildings grow desolate,
and this red-curved roof parts from its tiles
of the ceiling-vault. The ruin has fallen to the ground
broken into mounds, where at one time many a warrior,
joyous and ornamented with gold-bright splendour,
proud and flushed with wine shone in war-trappings;
looked at treasure, at silver, at precious stones,
at wealth, at prosperity, at jewellery,
at this bright castle of a broad kingdom.
The stone buildings stood, a stream threw up heat
in wide surge; the wall enclosed all
in its bright bosom, where the baths were,
hot in the heart. That was convenient.
Then they let pour_______________
hot streams over grey stone.
un___________ _____________
until the ringed sea (circular pool?) hot
_____________where the baths were.
Then is_______________________
__________re, that is a noble thing,
to the house__________ castle_______