On making the most important book you'll ever read 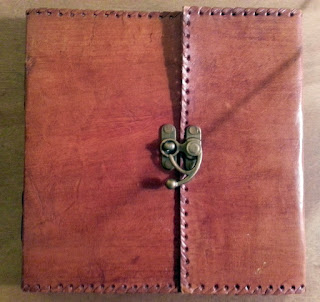 When a lusty, ambitious young Scot named James Boswell first met Dr. Samuel Johnson, Johnson advised him to keep a journal of his life. Boswell responded that he was already journaling, recording "all sorts of little incidents." Dr Johnson said, "Sir, there is nothing too little for so little a creature as man."
Indeed, there is nothing too little, or too great, for inclusion in a journal. If you are not already keeping one, I entreat you to start today. Write whatever is passing through your mind, or whatever catches your eye in the passing scene around you. If you remember your dreams, start with them. If you don't recall your dreams, start with whatever thoughts and feelings are first with you as you enter the day, or that interval between two sleeps the French used to call dorveille ("sleep-wake"), a liminal space when creative ideas often stream through.
If you have any hopes of becoming a writer, you'll find that journaling is your daily workout that keeps your writing muscles limber. If you are already a writer, you may find that as you set things down just as they come, with no concern for editors, critics or consequences, you are releasing descriptive scenes, narrative solutions, characters - even entire first drafts - quite effortlessly. Some of the most productive writers have also been prodigious journal-keepers.
Graham Greene started recording dreams when he was sixteen, after a breakdown in school. His journals from the last quarter-century of his life survive, in the all-but-unbreakable code of his difficult handwriting. First and last, he recorded his dreams, and they gave him plot solutions, character development, insights into the nature of reality that he attributed to some of his characters, and sometimes bridge scenes that could be troweled directly into a narrative. Best of all, journaling kept him going, enabling him to crank out his daily pages for publication no matter how many gins or how much cloak-and-dagger or illicit amour he had indulged in the night before.
You don't have to be a writer to be a journaler, but journal-keeping will make you a writer anyway. In the pages of your journal, you will meet yourself, in all your aspects. As you keep a journal over the years, you'll notice the rhymes and loops or cycles in your life.
Because I am leading teach workshops in Romania, I have been re-reading Mircea Eliade, the great Romanian-born historian of religions. Opening the last volume of his published journals, I found him reflecting during a visit to Amsterdam in 1974 on how a bitter setback to his hopes at the time he first visited that city nearly a quarter-century before had driven him to do his most enduring work. He had been hoping that his early autobiographical novel, published in English as Bengal Nights, would be a big commercial success, enabling him to live as a full-time novelist. Sales were disappointing. Had it been otherwise, "I would have devoted almost all my time to literature and relegated the history of religions to second place, even though Shamanism was at the time almost entirely drafted." The world would have gained a promising, and perhaps eventually first-class, novelist; but we might have lost the scholar who first made the study of shamanism academically respectable and proceeded to breathe vibrant life, as well as immense erudition, into the cross-cultural study of the human interaction with the sacred.
Synesius of Cyrene, a heterodox bishop in North Africa around 400, counseled in a wonderful essay On Dreams that we should keep twin journals: a journal of the night and a journal of the day. In the night journal, we would record dreams as the products of a "personal oracle" and a direct line to the God we can talk to. In the day journal, we would track the signs and synchronicities through which the world around us is constantly speaking in a symbolic code. "All things are signs appearing through all things. They are brothers in a single living creature, the cosmos." The sage is one who "understands the relationship of the parts of the universe" - and we deepend and focus that understanding by recording signs in our day journal.
Partly because I keep unusual hours, and am often embarked on my best creative work long before dawn, I don't separate my night journal from my day journal. All the material goes into one book - a leather-bound travel journal, when I am on the road. I try to type up my entries before my handwriting (as difficult as Greene's) becomes illegible and put the printouts in big ringback binders. I save each entry with a date and a title in my data files, so I automatically have a running index.
Here are some games I enjoy playing with my journals that you may want to play too:

"Bibliomancy" is the fancy name for opening a book at random to get guidance on a theme, or simply the quality and content of the day. I often use old journals in this way. For example, one Christmas Eve, after learning that a friend had developed a serious illness and was having other major troubles in her life, I reached blindly into a shelf of 30+ old travel journals, grabbed one without looking at the date, and opened it at random, I found myself looking at a short dream report from December 2003, just over five years before. The dream was about my friend. It stated that she had "accepted Purgatory for a year. This Purgatory is a room in her home that opens into the same realm." I shared this report with my friend, and we began to work with the meaning of "acceptance" and of "Purgatory". I also shared other reports in that old journal on tbe page before and after the "Purgatory" entry, since I have often noticed that when events start to catch up with an "old" dream, other "old" material around that dream can prove timely and helpful. The neighboring entry in that old journal involved ways of delivering spiritual nourishment, which we found highly relevant.

DEVELOPING YOUR OWN BOOK OF SYMBOLS

Tracking how symbols feature and evolve in your dreams and your experience of the world around you will give you your own encyclopedia of symbols, better than any of those dream dictionaries, because the snake or the train in your dream is yours not theirs. While it may open into the archetypal data banks of the collective unconscious, or super-conscious, those links are for you to explore and not to receive on a hand-me-down plan.

COLLECTING YOUR OWN ANTHOLOGY OF QUOTATIONS

When I was an undergraduate, writing book reviews for a local newpaper, I was fortunate to be assigned one of the first English-language editions of the Carnets of Albert Camus. I was struck by how the great French writer was fired up by the quotes he recorded from his eclectic reading. Etched in my memory is a grim exchange in the Carnets from a Russian source. Avvakum, an archpriest, and his wife, are trudging through a frozen waste. The wife asks, "How far must we journey?" "Until death, daughter of Mark." "Then, son of Peter, we must hurry on."
My own journals are peppered with quotes from all over, from sources celebrate an utterly obscure, ranging from the message I may have spotted in the first vanity plate I saw on a certain morning (BCRE8V) to a spell from the Egyptian Book of the Dead or a "snapper" from Mark Twain.

If we are privileged to have access to young children, one of the greatest gifts we can give them - and in the process, ourselves - is to encourage them to record dreams and stories in a boom that will become a journal. I did this with my own daughters. When they were very young, they would do the pictures and I would write the words for them. They took over more and more of the writing, as they got older, until, at age nine, they were keeping their journals by themselves and for themselves. Then the same thing happened in each case. They said to me, in effect: "That's it, Dad. This is my secret book and you can't read it anymore."
Now that's a journal. The secret book of your self and your soul, not to be shared with anyone without permission, which should not be given lightly.

When life deals you a tough hand, you'll find that as you write your journal, you are practicing spontaneous self-therapy. You may be able to write your way through whatever ails you. There's a great release, perhaps a catharsis, in saying what you need to say in the safe space your journal provides. When you see and state things as they are, you already begin to change them. Keep your hand moving, and you may manifest the power to re-name and re-vision symptoms, challenges and difficult situations in the direction of resolution and healing.
As you keep your secret book, you'll discover more, and more will discover you. You'll find yourself straying off the tame and settled developments of the everyday mind, into the wilder borders of imagination, where the Big story of your life can find you. 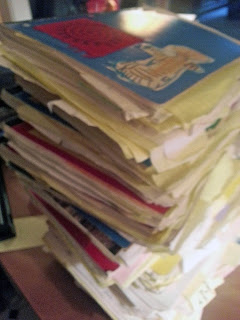