Breaking news from the Other Side 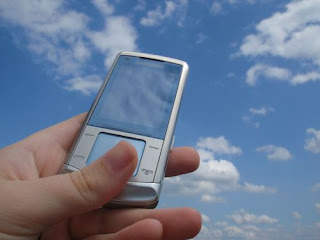 I was not with my parents when they passed away so I naturally tuned into dreams hoping to see them, hug them and find out how they are in their new lives. My parents’ marriage was arranged before they were even born. My dad had said that their marriage was without love. Growing up I never saw them being happy together. Mom passed first, and 15 years later dad passed too. I was very curious about how they get along after dad passed. I’d expect mom to be there for dad when he crossed over to offer guidance. My dreams have showed me the gradual changes in them. In the earlier dreams I visited home and often saw only just dad; mom was always away. Then one time I had a dream where I visited home and saw them sitting at their bed side table playing some kind of game. I was surprised to see them together! The game was not anything we see on Earth. It had a circular shaped white board that reminded me of Chinese Checker and pieces of all white western Chess style figures. Mom beamed with joy but dad looked gloomy as if mom was winning the game. Mom turned her head to face me and said “give us more time and be patient”. I woke up and understood that they were still “negotiating” or working over things. A remarkable dream I had recently showed that they were together celebrating at home. The way they celebrated was so unique. They were sitting on the floor by their bed, facing each other; each holding a glass of Bloody Mary. Mom raised her glass, poured a little Bloody Mary on the floor; she then scooped it up with her hand from the floor and drank it down, then both of them laughed out loud together. I woke up feeling overjoyed. I had never seen them being so happy together while living on Earthly plane.
Thanks Robert for your passionate teachings.
Wei

Dear Wei, thank you so much for this moving report. As you know, in the afterlife we live the truth of our deepest feelings, so it is not to be assumed that we will be with family members and friends from physical life unless there is deep soul connection - and perhaps things that are still to be worked out, or celebrated and enjoyed. I love the image of your parents playing that game on the round board as they "negotiate" their relations and possibly awaken to the circular (hopefully spiral) patterns of soul stories that are played out over more than one life.

Robert, I love your description of how the dead are still with us just not on our physical plane. When my son, Nick, passed multiple times he used the telephone and other forms of technology as ways to connect with me. I tell people that he is still with me, but I have learned to live with him beside me in a different way.

My husband is a systems engineer and is always on the computer. The one dream that he remembers of our son is of Nick being on the computer, turning to his dad and telling him that he is here. The computer is their connection. Then he hugged his dad.

Keeping track of when and how my child contacts me and even what age he is when he does serves as a guide for me in my everyday life. Nick knows when I'm taking too much on or I'm at my lowest, and I need reassurance that he is happy and just a breath away.

It's a connection that I literally could not live without and am blessed to have this awareness and knowing.

Thank you for sharing!

Hi Guys....I just want to say a big thanks to (Dr Peter) for what he has done for me and my family by helping me to win lottery. I won Five Hundred and Thirty Three Million Us Dollars. (($533,000,000.00)). His lottery spell is the best and so amazing. My life is now balance and i am Now Very Rich As i have always wanted and i am out of doubt. Are you looking for a real and genuine spell caster to help you win big in any kind of lottery you play? you can contact Dr Peter, today all your plan to ever win Big in Lottery will Come True and work out well for you. His spell very real and genuine i can not still believe it And His spell also work very fast. Thank you so much Dr Peter for dedicating your time to cast the Lottery spell for me. I got my bills paid and my debt cleared and am still mega rich. If you need a real And Genuine spell caster to help you Win lottery,kindly contact him for fast and urgent Help Magnificentspellcast@gmail.com and Magnificentspellcast@yahoo.com or Whatsapp or Call Via +1 (321) 754-0649 or read more on him in his website http://MAGNIFICENTSPELLCAST.website2.me

My Name Is Richard Wahl From Us. so contact dr peter today he can also help solve other problem like getting ex lover back, getting pregnant and cure for any kind of disease,virus,and infection so contact Dr Peter Today and your problem solved 100% guaranteed and assured.

Sir, thank you so much for your real genuine spell,my wife is back!!

I am very happy to recommend Dr. Peter to everybody that truly need help to fix his or her broken relationship and marriage. When I found Dr. Peter online I was in desperate need of help to bring my ex lover back. She left me for another man. It all happened so fast and I had no say in the situation at all. she just left me after 3 years of our of marriage without no explanation. so was very worried and could not eat till i went online and i found testimonies on DR peter so i decided to contact Dr. Peter through his whatsapp and i explain everything to him so he help me cast a love spell to help us get back together. Shortly after he did the spell, my wife started texting and calling me again. She said that she was sorry and said that I was the most important person in her life and she knows that now. you can Email Dr Peter now for urgent help Magnificentspellcast@gmail.com and Magnificentspellcast@yahoo.com Or TEXT or write him on whatsApp: +1(321)754-0649

Read more on his website: http://MAGNIFICENTSPELLCAST.website2.me all thanks to Dr peter he can also help solve different problems like getting pregnant, lottery and money spell, cure for all kind of sickness and disease e.t.c contact Dr peter today and get your problem solved 100% guaranteed and assured.