Growing a dream of a better world, even in Auschwitz 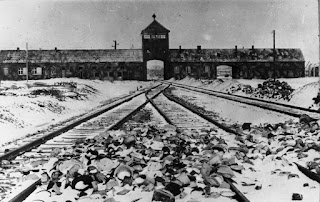 Every human being has the freedom to change at any instant.
-
- Viktor Frankl, Man's Search for Meaning

Ultimately, man should not ask what the meaning of his life is, but rather he must recognize that it is he who is asked. In a word, each man is questioned by life; and he can only answer to life by answering for his own life; to life he can only respond by being responsible. [2]

Not a bad exercise, in our own quest for meaning, to name the three virtues that count for most in our own experience. Whatever selection we make, for me, as for Frankl (thinking of his beloved wife in the death camp) the fundament of all is love. This is what makes us human, and sustains us daily, even when we dare not say its name.

As many others I admire Viktor Frankl though the only book I have ever read was his Autobiography (Was nicht in meinen Buchern steht).
What maybe struck me more than anything else was his confession that he never had "matura dreams" but all his life was dreaming about being in the concentration camp again. It seemed to him his real exam of maturity. He says that in fact he could avoid deportation by early emigration to America where he could further develop logotherapy and accomplish his life goal. But this was exactly what he didn´t do and so got into Oswiecim. This horrible experience he called experimentum crucis, in which primordial human abilities of self-transcendence and self-distance were validated- in his own words.
It sounds almost unbelievable in the contemporary world, in which we invented so many clever means to escape our natural human suffering, that someone could consciously choose the bitter part of the deal as a way of initiation. Viktor Frankl´s choice turns our desires for always comfortable and unproblematic life upside down and simply suggests that the human suffering is here to help us to overcome everything what is not real in us.

admirable how someone managed to survive in such an inhuman situation, and kept his senses.