When dreams are caused by future events

We are time travelers in our dreams and one thing that goes on, probably every night, is that the dream self travels into the possible future, scouting out challenges and opportunities that lie ahead. Depending on whether we remember such dream scouts, and can read the information correctly, and can then decide on appropriate action, we can move away from undesirable future events and towards ones that are more attractive.
My recent experience in which clock time - unusually - corresponded to a dream has me thinking about a great pioneer researcher in this field. He was in every way a product of Britain in the Edwardian era. I can think of few less likely candidates for Psychic Friends Network – as either client or reader – than J.W.Dunne (1875-1949).
A gentleman soldier and aviator, he came out of the Anglo-Irish military caste. He designed and built the first British military aircraft, and his prototype was soon adopted and manufactured in the United States. He was devoted to fly fishing. In all things, he was a determined scientist and rationalist who looked for the logic in life’s anomalies. Like the best Britons, he was also marvelously pragmatic: if the data presented to 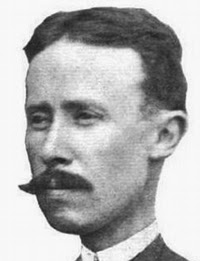 him did not fit existing theories of how things worked, then to hell with the theories.

The data that shook Dunne’s conception of reality – first when he was a sub-lieutenant of the Imperial Yeomanry, fighting the Boers, then when he was convalescing in Italy, and many times later – were dreams in which he saw, with remarkable accuracy, events that lay in the future. Sometimes his dreams anticipated news of world events that he had not yet received. His dreams gave him “news flashes” of an earthquake in Madagascar and of troop movements in Sudan long before the newspapers arrived with printed reports of those events.
Dunne started keeping a detailed journal of his dreams, and found that he dreamed of the future – on average – as often as the past. This led him to realize that in dreams, time works differently than in our usual experience of waking life. He drew friends and family members into an ongoing “Experiment with Time” and collected a great deal of data on “time displacement” as observed in dreams.
He extended his experiments into waking precognition – for example, by trying to guess what he would find in a book he would later pick up at random in his club. He quickly concluded that precognition can be achieved in waking states as well as in dreams, but requires “a steadying of attention” and practice in controlling the imagination that are not easily attained.
He published his findings in 1927  in a book titled An Experiment with Time that had wide influence in the interval between the two world wars; it was read and eagerly discussed by many leading scientists, writers and politicians.
Dunne evolved a complex mathematical model he called Serialism in his effort to account for the fact that time does not move in a linear fashion in dreams – and perhaps in the larger universe. In his last book,  Intrusions?,  published posthumously, he makes the bold statement that his precognitive dreams were "caused by something which I was going to experience in waking life later on”.
This is a most interesting theory: that future events not only cast a shadow before them, but cause us to dream of them – and perhaps, in dreaming, to help bring a certain event track into our physical experience, out of an immense range of alternative possible futures.
In Intrusions?, he  provided further details of the precognitive dreams recounted in An Experiment with Time that he suppressed in the earlier book, apparently for fear of not sounding scientific and respectable. The strongest  dream "intrusions" containing glimpses of the future were often accompanied by inner voices, sometimes a tremendous chorus of voices crying "Look, look, look!" He describes this phenomenon as the "rousing of attention".
Dunne moved towards the understanding that our experience of  linear time  is an illusion of the limited ordinary mind. Viewed from the fourth dimension,  past, present and future are in fact simultaneous and only experienced sequentially because of our mental perception of them. In the dream state the mind was not shackled in this way and was able to perceive events in the past and future with equal facility.

When talking about our linear perception of time, I remember an explanation given by a high Tibetan scholar who could make a divination: that actually everything he had to do was to stretch "now" moment. In that extended "now" so-called future was already included and available for him.
The linear time might be a great illusion, but if we are aware of it, it doesn´t make any harm in our ordinary lives, just the opposite.
In the inner life the linear time doesn´t play such an important role, and for people who have an inner programme, 24 hours a day can become more than the most generous gift.
When Al-Ghazali was asked what he learned from sufis, the first thing he mentioned referred to time: "Time is like a sword, either you will cut through it or it will cut through you." For me it suggests that by using illusion of linear time we can cut through that illusion and get beyond it.

Possibly also then 5 seconds can be whatever you wish then..eons of marked linear time or a breath in which suspended space is creation itself :) thanks Robert - there are eras in which more is always present through observation or even just digging in the dirt so to speak. Sweet dreams..awesome travels...clear intent upon the journey of gifting healing through words.

Matthew 17
[4] Then answered Peter, and said unto Jesus, Lord, it is good for us to be here: if thou wilt, let us make here three tabernacles; one for thee, and one for Moses, and one for Elias.
[5] While he yet spake, behold, a bright cloud overshadowed them: and behold a voice out of the cloud, which said, This is my beloved Son, in whom I am well pleased; hear ye him.
[6] And when the disciples heard it, they fell on their face, and were sore afraid.
[7] And Jesus came and touched them, and said, Arise, and be not afraid.
[8] And when they had lifted up their eyes, they saw no man, save Jesus only.
[9] And as they came down from the mountain, Jesus charged them, saying, Tell the vision to no man, until the Son of man be risen again from the dead.

Revelation 16
[19] And the great city was divided into three parts, and the cities of the nations fell: and great Babylon came in remembrance before God, to give unto her the cup of the wine of the fierceness of his wrath.
[20] And every island fled away, and the mountains were not found.