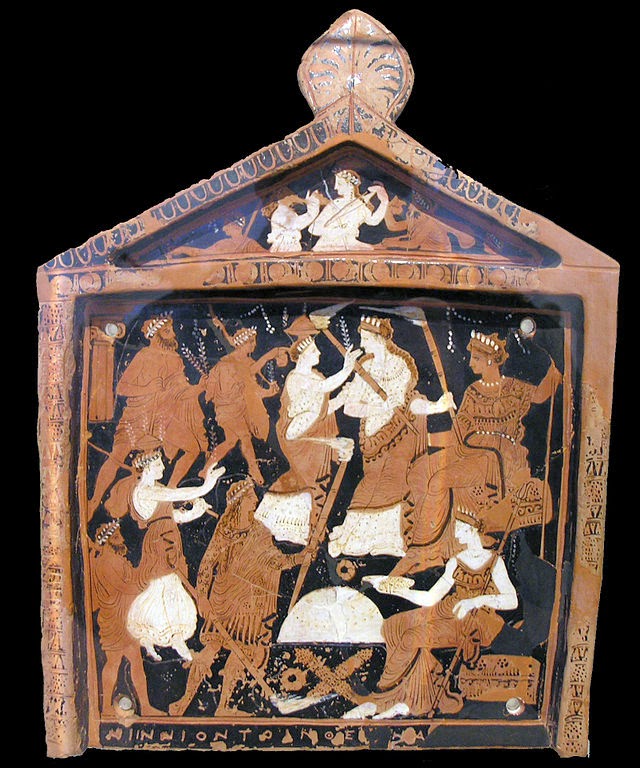 In dreams and twilight states, we are called to a deeper life. Training and initiation, as well as direct experience of the sacred, lie beyond the dreamgates.
The hunger for transcendence, through a primal, direct encounter with the sacred, leads people down strange and dangerous byways: into experiments with hallucinogenic drugs, into dubious cults and ersatz Nativism. Yet the authentic call to initiation continues to resonate in our dreams. And through the dreamgates, it can be followed to a genuine consummation. Arguably, it can hardly be pursued in any other way since — whatever the externals of ceremony and culture — true spiritual initiation and apprenticeship always take place on the inner planes, in a deeper order of reality.
Even in societies where Mystery initiation was regarded as central to human fulfillment, and its gates and secrets closely guarded, the validity of an individual dream calling and initiation was honored.
There is a fascinating story about this from the Hellenistic world, preserved by Sopatros, a teacher of rhetoric. A man dreamed he had attended the epopteia, the crowning revelation of the Eleusinian Mysteries. He recounted the secret rituals of the Telesterion in vivid and accurate detail to an initiate of the Greater Mysteries. But in ordinary reality, the dreamer was not a “made man.”
The initiate to whom he told his dream was shocked that he was speaking openly about things he had no right to know and denounced him for sacrilege. He was dragged into court, where his accusers demanded the death penalty. However, the defense argued successfully that the gods themselves had played the part of the hierophant in his dream. His dream of initiation was recognized as true initiation; the dreamer would now be respected as an epoptes — one who had “seen” and gone through the sacred fire.
Contemporary dreamers who have never heard of Eleusis or other ancient Mystery rites have dreams of similar quality.
A woman with no classical education dreamed she was at a banquet that reminded her of the Last Supper, except that the feasters at the table were wearing curious masks. One of them had the face of a raven, another wore a veil, yet another a Roman helmet. Her own head was covered by a lion mask fashioned from a canvas-like material, possibly oiled paper. When she shared this dream in one of my workshops, I realized she was describing, as if from the inside, a communion rite of the Mithraic mysteries, whose initiates donned masks and headgear of this type according to their grades.

Adapted from chapter 7 of Dreamgates: Exploring the Worlds of Soul, Imagination and Life Beyond Death by Robert Moss. Published by New World Library.

Image: The Ninnion Tablet depicts Iacchus leading Mystery initiates to an encounter with Demeter and Persephone. Found in the sanctuary of Eleusis, and dating from the mid-fourth century BCE, this red clay tablet is the only known original depiction of the Eleusinian rites of initiation. Now in the National Archaeological Museum in Athens.
Posted by Robert Moss at 8:41 AM

Wow, thank you so much for posting this. I have had this kind of dream! And in such rich detail I could later draw an illustration of the ritual double-bladed knife, the chamber, the garments we wore.

I was with someone in a room and an older man came in suddenly and rushed at me and nicked me with a knife and dashed on. I didn't even realized I had been nicked until my friend showed me a small crescent shaped cut on my arm. (I'm not sure if I was female or male in this dream...perhaps I was male.)

Anyway, I discovered the man hiding in the eaves and accosted him and we parried for a moment until he dropped his blade and i picked it up. It was a small, gold, double ended knife of sorts with a leather handle in the center. The knife was unusually shaped. Anyway, I was not experienced with such a knife and poked it at him and asked him what the meaning of this was. He was white haired and not a large man and was wearing lush garments embroidered with gold and red.

My friend told me he was "The Pontiff" and the man said that there was no intent to harm me but rather to "test me to judge my character" and he then showed me a sort of mask and blue robes. He put this mask on me (I did not see the front of it but it fit over the entire head) and said, "And now we will see if you are fit to wear that mask." I could see out of it just fine, it had large mesh panels...he directed me to the center of the room where I understood that I would be physically grappling in a way I was more familiar with.

I shared the dream with a few dreamwalker friends saying,

"This felt like some kind of induction or something. It felt like perhaps I was having a piggy back on someone else's experience, now that I think of it. I think it may have really happened somewhere and I picked it up on the radar....now that I'm reflecting... That happens a lot lately.

One thing I did not share with friends was that my first waking impression was that the ritual, setting and clothing, etc. seemed very much like the stuff you'd expect to find happening in secret at the Vatican. Kind of stumped me until your post about the Mithraic rituals. BINGO!

I am grateful for the confirmation. There are not very many people I know having these experiences so it's a bit isolating in 3-D. Thanks, again.