Take care of the canteloupe 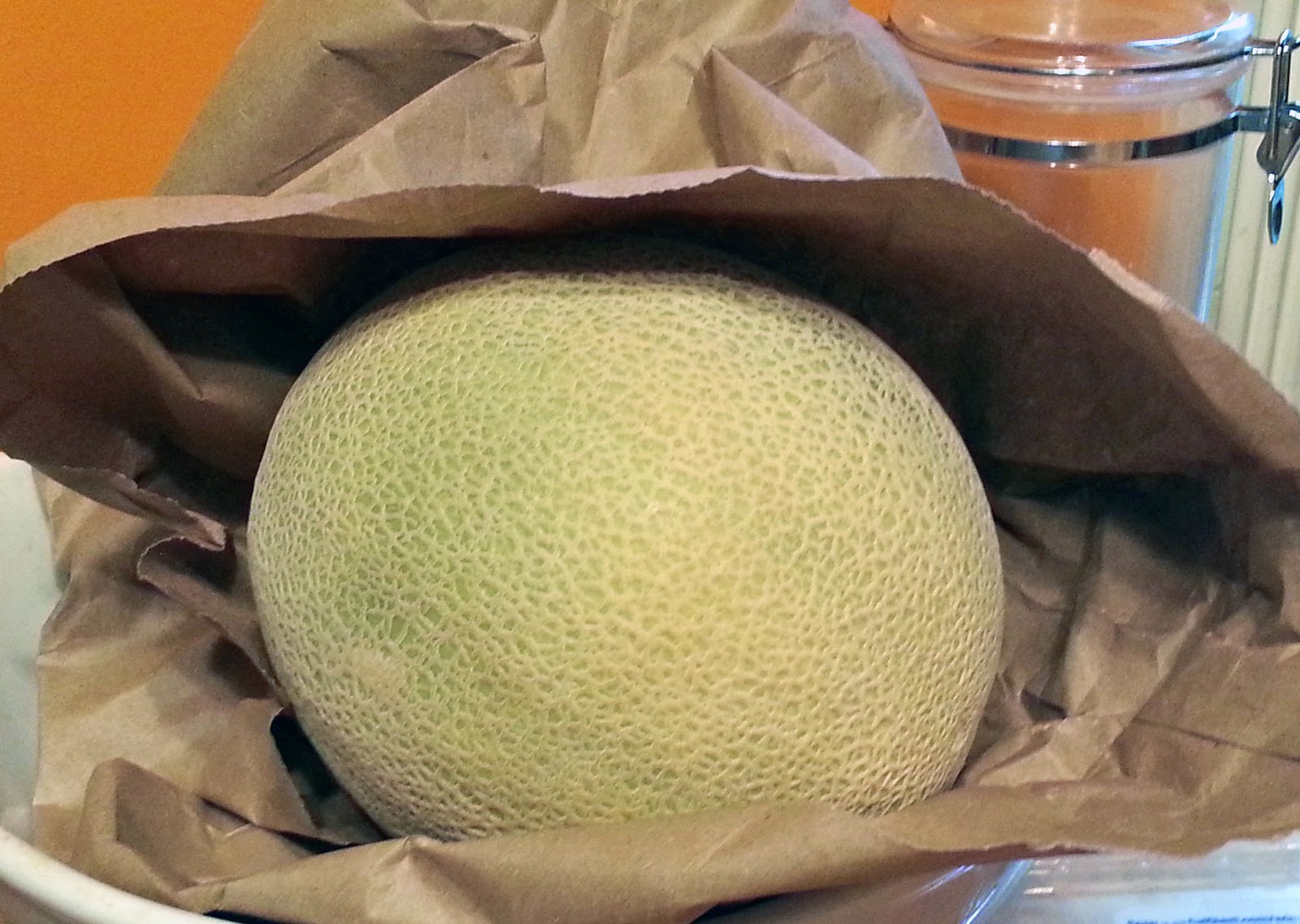 A wise old bird, I thought as I neared Lynda's register in the checkout line at the supermarket. She looked to be well past retirement age. If she had gone back to work to help pay her bills, she certainly showed no signs of resentment. Brisk and efficient, she needed no help identifying more obscure finds from the produce section.
She seized the canteloupe I had placed on the moving belt and held it up.
"Wait one day," she instructed me. "Keep it in a paper bag."
She grabbed a brown paper bag, popped the canteloupe in, and rolled the open end tightly shut.
"Keep it in the bag for one day," Lynda repeated. "Then it will be perfect."
I promised to do exactly as she said.
As I wheeled my cart out of the store, I felt deep appreciation for the checker who passed on old wisdom about ripening fruit. I wondered what advice she gave others. Clearly, this was someone who knew how to find pleasure in work by giving more than any job description would ask for.
She could be a role model for many, including the 20-something sales assistant at my next stop - a stationery store - who came to her station at the register literally dragging her feet. Her first words were, "I don't want to be working today."
Whatever our situation, we have the freedom to choose our attitude. How we use, or fail to use, that power of choice determines whether we make wastelands or flowering orchards out of everyday environments. Viktor Frankl taught us that, in Man's Search for Meaning.
I think of the flight attendant on Southwest who responded to my rowmate's request for tea by fetching a selection of six different Stash tea bags. "Southwest offers a Stash collection?" I was amazed, knowing the Stash is a very upmarket tea maker. "Not the airline," the flight attendant responded. "I just thought that people who fly with us deserve a better selection. So I've been bringing tea bags from the airport hotels where they park us overnight."
Now that's an example of turning work into play, right up there with the lady bagging the canteloupe for me.
Lynda was right, of course. When I cut the canteloupe for breakfast, it was perfect. 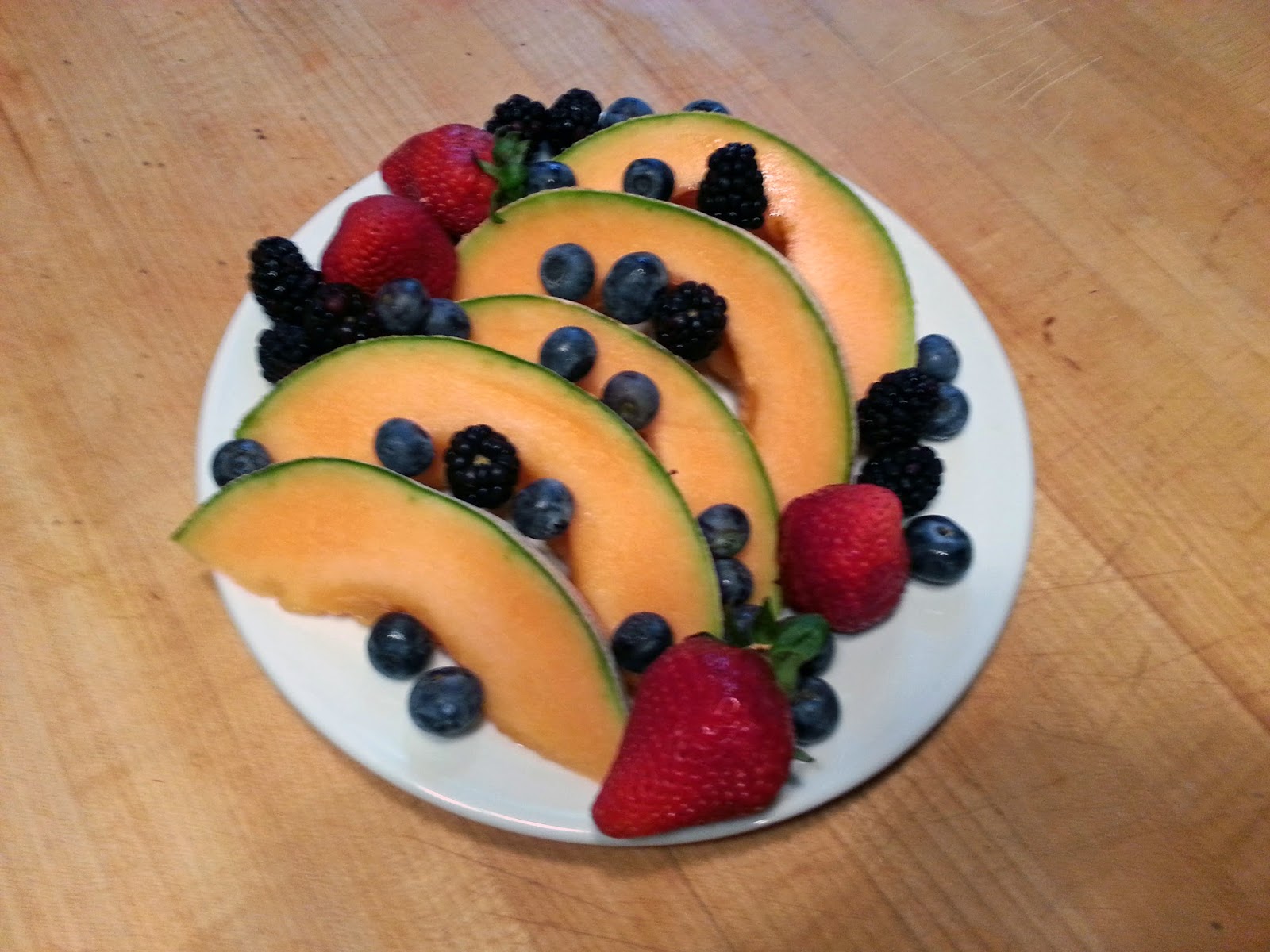 Wow. Talk about life rhyming! When I cleared off my sewing table this morning I found the following quote I'd jotted on a scrap of paper: "A bad attitude can negate a lot of respectable hard work." (I have no clue where I first read it, sorry.)

When Victor Frankl is mentioned and the people who can make the world of difference by stretching out to others and doing a bit more then it is normally required, one name springs to mind. He is now celibrating his 105th birthday and definitely deserves to be included among those who helped a good case and then moved on to do good deeds somewhere else.
Instead of going on skiing holiday to Switzerlad in 1938, Nicholas Winton travelled to Prague, when his friend asked him to come and help him with work for refugees in the former Czechoslovakia. It was his initiative, to start organizing transports of Jewish children to England. The work was risky and dangerous but necessary and continued well until 1st September 1939. The whole issue would have sink into oblivion, if not his wife who had discovered documents about saved kids in the attick of their house more then half a century later. In the documentary by Matej Minac, The Power of Good, Nicholas Winton genuinly admits that he forgot it. In some way it´s the most beautiful part of his story, being kind and not being too much aware of it, what is probably one of the main characteristic of the enlightened behaviour.