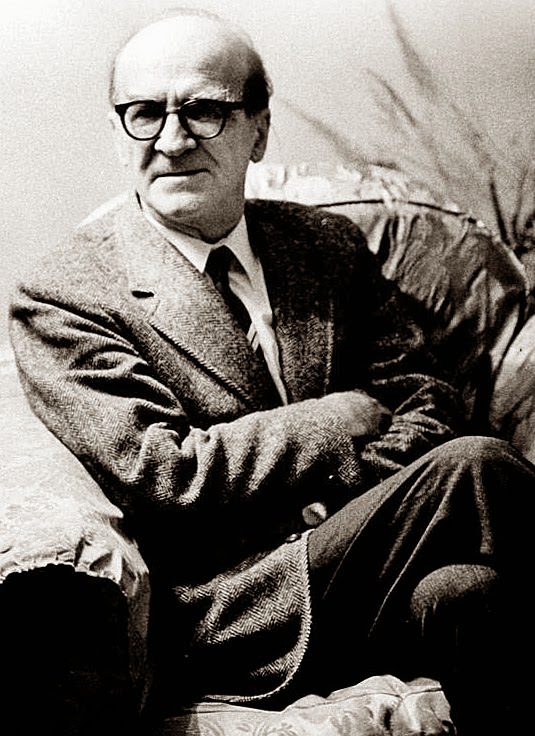 I am doing my assignments, Mircea.
I met Mircea Eliade when I was leading an adventure in Active Dreaming in the Bucegi mountains of Romania last October. He died in 1986, but active dreamers know that the fact that someone no longer has a physical body is not a serious impediment to communication. I wrote about this encounter in a previous article, "Mircea Eliade and the Flow God."
Inter alia, Eliade urged me to read all of his journals, and pay special attention to what he was recording and using while bringing through his fiction. I'm on it.

Few writers can have valued their journals as much, or made as copious use of them, as Mircea Eliade. He also devoured the journals of other writers, preferring those that were written in the least calculated way, essentially for the writer himself rather than for whatever he thought posterity might make of him, the journals containing the details of experiences in time – a street scene, a dream, a snatch of conversation, a thought on the wing.
Much of Eliade’s published work streams straight from his journal pages, not only his autobiographical fiction but his works on philosophy, religion and shamanism as well. He fills page after page with quotes and excerpts and commentaries on his voluminous reading.
I especially enjoy his journals from the first decade after World War II, a period when he was an exile from his native Romania, now under Communist rule, trying to find his way in the world. His pages are studded with dreams.
We feel the weight of history and the sadness of the exile in a recurring dream that oppressed him. He finds himself in a familiar landscape, a lake district. He cannot remember how he came here. “I repossessed my entire life as a ‘past’ that had become present again.” This brings no happiness. He is overcome by grief for the loss of “a plenitude no longer known”..
His spirits are lifted by a delightful, happy dream. He is among young children in a moonlit meadow when a cluster of stars start to fall. The stars fall around them like golden apples. They start eating them, though they are very hot. Eliade runs about, juggling a hot star in his hand, calling to the children, “Quick! Seize your opportunity! These falling stars bring us good luck!”
Eliade finds, as I do frequently, that dreams set us reading assignments. He describes a dream that pushed him into an orgy of reading. In Paris, at the end of August, 1947, he dreams he has again become a complete “Balzacian”. “Toward morning I dreamed that I’d become a Balzac enthusiast again, and I was in the bookstore on the rue Bonaparte.” He starts reading and re-reading everything by Balzac he can lay hands on. Soon he is planning to write a book on Balzac. He recalls that he first read Le Père Goriot when he was ten, then became a “Balzacian” when he re-read it as a teen.
A couple of days after his dream, he declares in his journal, “I believe that in the past two days I’ve read Balzac for more than thirty-two hours, driven by a fever that reminds me of my adolescence. I can’t do anything else. I can’t read any other book.” He visits Balzac’s house in Passy, looks at the river Seine from the garden, and at the trapdoor through which the writer fled into a tunnel under that garden when creditors came hunting him. The palace opposite that Balzac hoped to buy is now occupied by the Turkish legation. From Balzac's Les secrets de la princesse de Cadignan, he transcribes this: the writer d’Arthez kisses the hand of the princess, from the wrist to the nails, “avec une si délicate volupté, que la princesse inclina sa tête en augurant très bien de la littérature.” (he kissed her “with such a delicate voluptuousness that the princess bowed her head, auguring very well for literature.”
Eliade's journals become an omniverse. He records his decision to record anything and everything that catches his attention in one notebook, The Journal.
He thought in 1947 that the book that would express his essential self would be a journal written in a nonlinear way.

“I think sometimes about writing a book that will express me entirely. I’d withdraw for several weeks into an isolated place – an island, a cabin on a mountaintop (the ideal spot would be Tierra del Fuego!), without any books or manuscripts. With nature presenting no interest, I’d write a kind of journal, but without order or any kind.”

He writes that for him a journal is not a confessional, and not primarily a means of knowing himself (though he thought that as an adolescent). It is a way to record “in the flux of the hours, certain images, situations and thoughts…by ‘freezing’ them, fragments of concrete time.” His journals record his steps in time and his efforts to step out of time, his recurring life theme.
When he was laboring on his seminal work Shamanism in a little room in Paris in 1949, laid prostrate by heat in summer, holding a bottle of hot water in his lap to thaw his hands in winter, Eliade wrote in his journal, "It would please me if this book would be read by a few poets, dramatists, literary critics and painters. Perhaps some of them would profit more from the reading of it than would certain orientalists and historians of religion."
We heard you, Mircea.