Escaping the fox's curse in the mountains of Romania 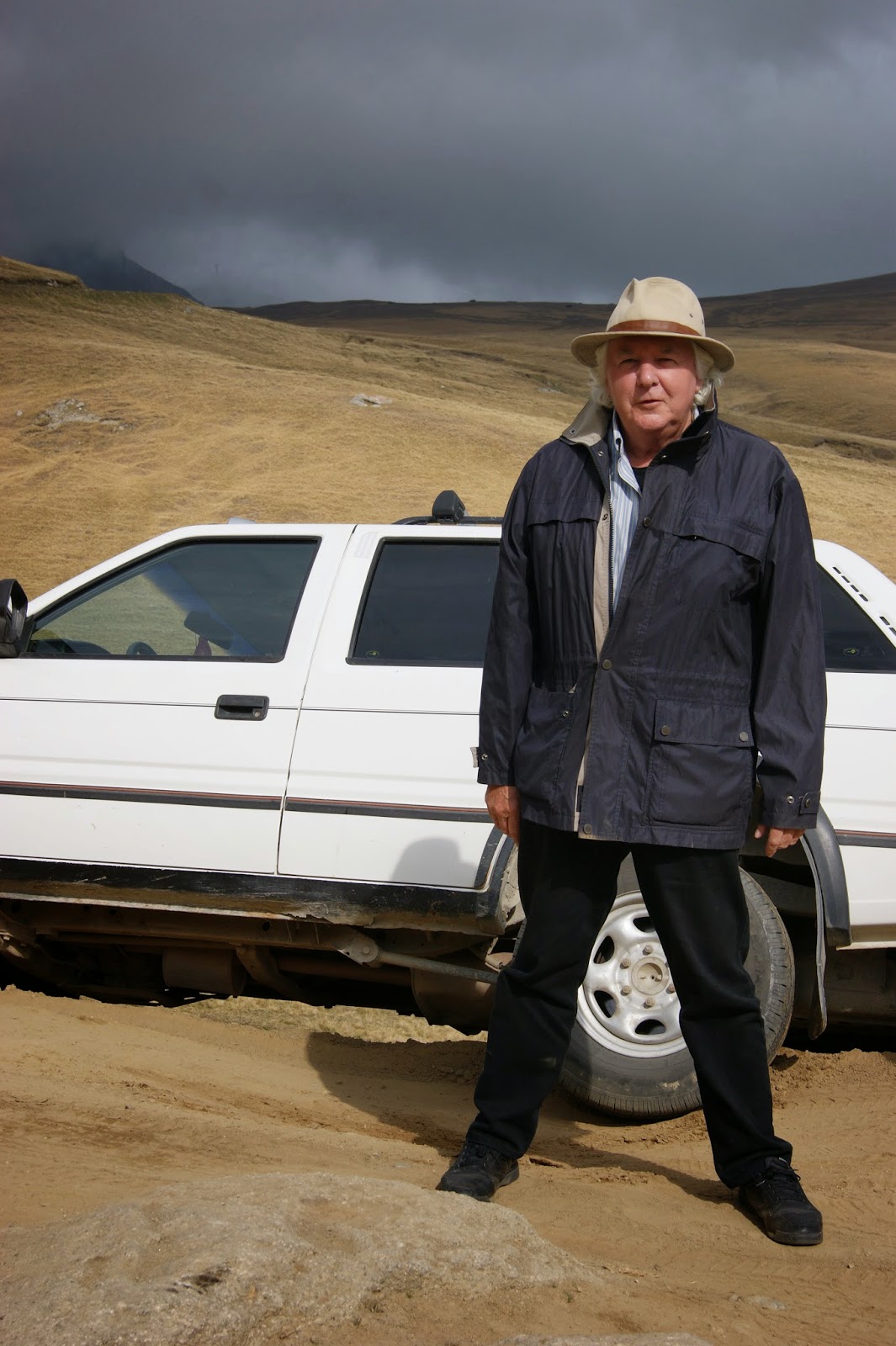 On the first day in the mountains of Romania, we set off to see the Sphinx of Bucegi, a celebrated natural rock formation regarded as a major energy spot, near a cave associated with an ancient shaman-god of the Dacians and the mystical White Wolf said to watch over this land.
We walked through the woods from the pleasant pensiune we had booked for my workshop, facing the Caramain monastery, whose construction was inspired by a priest who dreamed of a church that needed to be built round a fir tree at this site. We intended to ride up the mountain to the Sphinx by cable car, but a road cowboy with a four-wheel drive persuaded us to hire him. This proved to be the wildest ride of my life, up a steep narrow road with hairpin bends and no railings at the edge of dizzying cliffs. The road was often partly blocked by construction or landslides, and we often encountered cars and trucks rushing down in the middle of the road as if bent on a head-on collision.
The road cowboy drove as if possessed, but I assumed this was local custom and he knew what he was doing. I could not follow his conversation with my Romanian friends, but I was struck by his hand-waving animation as he recounted a story at a point where the road was only dirt and craters and lumps of rock. Soon after, the driver made a wild swerve to the right to get round a protruding boulder, taking us to the edge of the cliff - and then part-way over. We were now stuck in the dirt, hanging over the cliff as the driver gunned the car back and forth, succeeding only in getting us deeper into the dirt, while the jeep leaned, little by little, further over the cliff.
"Time to get out of the car," I said gently.
We left the driver with the vehicle, phoning for help, and walked for twenty minutes down the winding road to a cabine - a rustic inn and restaurant - to recover with Ursus beer and spicy sausages. On the walk, my friends told me that just before he nearly took us all over the cliff, the driver had been boasting about how he had killed a fox on that section of mountain road, and then decapitated the fox to mount its head on a wall as a trophy.
It seemed we had traveled that day with a man under a fox's curse. Through it all, I felt oddly detached, and never in real danger, as if we had been under the protection of an unseen hand. Perhaps it was the man who had taken the fox's head who was under the real danger on that high and stony road.

Photo: Surviving the fox's curse on the demon driver
Posted by Robert Moss at 11:19 AM

Fantastic "cliff-hanger" story that certainly had me on the edge of my seat - with fingertips numb - given my fear of heights. You didn't say if the demon driver under the fox's curse ever again made an appearance after you left him hanging over the edge of the cliff... No matter. The curse was his, not yours.

wanda - Oh yes, the fox-shadowed driver called us three times after getting his jeep pulled out, while we ate lunch in the rustic inn down the mountain, offering us lower and lower prices to drive us back to our pensiune. We agreed we would never get inside his vehicle again, but would leave him to make peace with the fox (or not) on his own.

What an exciting moment. I bet the beer and sausages you had after this experience were one of the best you ever had. :-)

What an adventure. Your story reminds me of a wild ride I had with a Norweign woman in a VW van along a mountain passage in Norway. She was helping me get back to the only train that was leaving for Oslo that evening. She seemed like a woman who understood fox.

Patricia - much better to drive with a fox than over one.