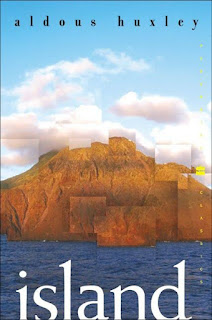 "Look at the great round halo, fringed with the symbols of fire, within which the god is dancing. It stands for Nature, for the world of mass and energy. Within it, Shiva-Nataraja dances the dance of endless becoming and passing away. It is his lila, his cosmic play.Playing for the sake of playing, like a child. But this child is the Order of Things. His toys are galaxies, his playground is infinite space."

I am quoting from a beautiful description of a statue of Shiva as Nataraja, Lord of the Dance, in Aldous Huxley's last novel, Island.
In cast metal Indian figures of Shiva Nataraja, the oldest of which date from the 10th century, he is shown with four arms, which evoke the four cardinal directions. Each hand holds a a symbolic object or makes a symbolic gesture, a mudra.
In the upper right hand is a drum shaped like an hourglass. It symbolizes the creation of worlds, which begin with sound. It is beating the patterns of making, and the rhythms of Shiva's dance as Kala, Lord of Time. In the shape of the drum - two interpenetrating triangles - we also see the union of dynamic opposites and of male and female, lingam and yoni. When they are separated, the universe ends.
In his upper left hand, Shiva holds fire, understood here to be the destroyer of worlds. In Hindu mythology, our present world will end in flame.
Shiva's lower right hand is raised and the palm is turned outwards. The gesture signifies: "Don't be afraid." The Sanskrit name for this mudra is abhaya, meaning "without fear".
Shiva's lower left hand points to his feet. What's going on down there? His right foots is planted on a horrible dwarf who is the embodiment of ignorance, envy and greed. The Lord of the Dance is stamping on this demon, breaking his back. But his finger is not pointing at the demon dwarf. It is pointing at his left foot, which he is raising high from the ground. That raised foot, lifted so high it seems to defy the law of gravity, symbolizes moksha, liberation from the cycle of birth and death and rebirth. The gesture of the pointing hand resembles the outstretched trunk of an elephant and evokes elephant-headed Ganesha, Shiva's son, the one who opens and closes the doors and paths of this world.

"For Nataraja it's all play," writes Huxley. "And the play is an end in itself, everlastingly purposeless. He dances because he dances, and the dancing is his maha-moksha, his infinite and eternal bliss."

I like this excerpt with dancing Shiva, because of the coincidence. Sven, a man from Estonia wrote me a letter and we talked about the playing gods and Shiva as well. And then i am reading about Shiva on your blog. Nice!
Rita ritabany@gmail.com

Oh my, oh my, I have this statue in my garden robert :o) and always wondered who it was.
Since listening you last year at the ARC somthing happened.... its been so amazing.
I have been reading your books writing down and listening to my dreams.
Its truly remarkable, I thankyou for all the insites that you share in your work.
Maybe one day we will meet again