Harriet Tubman and the leopard dreaming 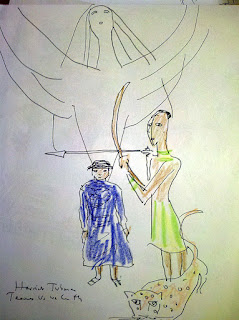