The Drowning Boy and His Sister 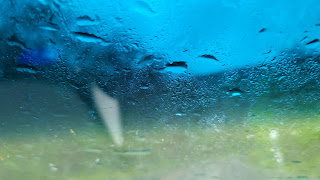 When I was nine years old, before I left my body in an operating theater and went to another world, I nearly drowned. I had been out fishing with my father and his friends on a boat on a river near Melbourne, Australia. When we docked, I slipped on the gangplank and fell into the water. Nobody could understand that I was in any danger. The water was shallow and I was a good swimmer. Yet all my short life was swirling through my mind, with glimpses of places and people I had not met in ordinary reality. Finally someone reached down and hauled me out. Then I was on my belly, coughing up the brackish water I had swallowed.

Half a world away, in Memphis, Tennessee, a girl my age dreamed that a boy with a round, freckled face, was drowning, though no one understood he was in danger. In her dream, she reached down into the water and helped to pull him out.

In many nights during my lonely boyhood, this girl was the sister I longed for. We went riding through the sky together, leaping from cloudbank to cloudbank to get to fresh worlds of adventure. Usually my horse was gleaming black, with a star on his forehead, while hers was white. Sometimes, we would meet in a garden of fruit trees and rambling roses, where a bear guarded the gate to color worlds, as vivid and fascinating and scary as the Color Books of Fairies. We could count on Bear to keep us safe. He tied a red cord round our middles so we could not get lost, and would tug when it was time to come back.

It took more than three decades after my near-death in the river before I met the girl from Memphis. Because of my dreams of ancestors of the land, I was now on my quest for Sir William Johnson and the world he made in the Mohawk Valley. I drove from the farm where I was living to Johnson Hall, his last home in the Valley, and met Wanda Burch, who had been curator of this historic site for many years. I did not know her right away as my dream sister, but I felt completely at home with her. She was generous in opening her vast trove of personal knowledge of the records of Johnson, and in escorting me to other places connected with him and the Mohawk Indians he came to know so well.

We soon discovered we were both dreamers. We traveled into the same dreamscapes, as we came to believe we had done as children. Wanda revealed an ability to dream into other aspects of my life that would have been disturbing had we not almost immediately developed a relationship of deep trust and agreed to adopt each other as brother and sister.

One morning, Wanda shared a dream report in which she saw me exploring a strange triangular castle on the borders of England and Scotland. While she was dreaming, I was studying photos and descriptions of Caerlaverock castle, the ancestral home of the Maxwell clan (of which the Scots Mosses are a sub-clan). This stronghold on the Western Borders, near Dumfriesshire, was built in the shape of a triangle for both ease of defense (it takes fewer soldiers to guard three walls than four) and for magical purposes (the triangle is a favorite ritual portal for evocation, or bringing things through from a hidden dimension).

Sometimes Wanda seemed to be dreaming my material. She would call and say, “I have another of your dreams.” Sure enough, her report would look and feel exactly like one of my own dreams, stamped with personal markers like picking up a phrase from another language, discovering a secret room or a rare book, or cloak-and-dagger adventures in far-flung places.
The great and daily gift in this ever-deepening friendship was our ability to give each other mutual support and validation and to grow our practice of dreaming together. We realized early on that dreams require action..
Over lunch soon after the pull of dreams and the play of synchronicity had led me to sell the farm and move to a house on a hill in the city of Troy, I told Wanda that I had dreamed that a famous author of dream books had moved to my town and was leading dream classes and everyone was very excited. Wanda and I had not yet learned to offer comments by saying “if it were my dream”. She fired her interpretation of my dream right at me. “Robert, you are the famous author who has moved to Troy. Why not give some dream workshops?”
This had me poised for action, but I did nothing until the next day when, in the way of synchronicity, I got a call from a local arts center. Would I be willing to give some classes? Sure. They were expecting me to offer writing classes, but readily readjusted their expectations when I said I wanted to lead dream workshops. Prior to the first of my evening dream classes, I dreamed we had 41 people signed up, and that there was a problem with a man seated near a piano who was trying to record the class without asking permission. I was perplexed by the number 41, since we had agreed to limit the class to 35 – until I got to the center and learned that we had 35 registered and 6 on a waiting list. I was now alert for possible appearance of a man with a tape recorder near the baby grand piano in the gallery we were using. I spotted him as soon as he started fiddling with the machine he was trying to conceal under his raincoat, and laid down the law.
Wanda and I practiced dream archaeology together, culling the holographic memories of the land at sites in the Mohawk Valley and further afield where the events of Johnson’s life, and those of the settlers and natives he knew, had unfolded. We also found ourselves developing “far memory” of other lives where we felt we had been connected.
We learned how to companion people who are moving through the gates of death. We learned how to grow dreams for people who are in need of a dream, and wrap the energy of vision around them so that it can bring body and mind towards healing.
I don’t recall exactly when Wanda told me her dream, from when she was nine, of rescuing the drowning boy. I remember her talking of it to me again, when we visited a Mohawk community in Ontario because a Mohawk grandmother had asked me to help her people remember how to dream in the old way. At the lunch table, I found myself sitting opposite young women whose surnames were Johnson and Brant, and may well have been lineal descendants of the 18th century people who called me into their world and brought Wanda and me together.
“Your own will come to you,” asserted the Irish visionary writer George Russell, beset known by his pen name Æ. My soul friendship with Wanda, in its inception and its ever-renewing gifts, has taught me that this is simple truth. In his beautiful little book The Candle of Vision, Æ gave a personal example. When he first attempted to write verse, he immediately met a new friend, a dreaming boy “whose voice was soon to be the most beautiful voice in Irish literature” This was William Butler Yeats. “The concurrence of our personalities seemed mysterious and controlled by some law of spiritual gravitation.”
In his later life, Æ found a soul companion in the Australian writer P.L.Travers, the author of Mary Poppins and also a deep student of the Western Mysteries and a world-class mythographer. Æ wrote to her, “I feel I belong to a spiritual clan whose members are scattered all over the world and these are my kinsmen.” Yes. And our spiritual kin can reach to us across oceans, and across centuries, even into the drowning pool.

Text adapted from The Boy Who Died and Came Back by Robert Moss. Published by New World Library.
Photo by RM

For Wanda's odyssey of healing through dreamwork, please see her beautiful book She Who Dreams

What a fantastic story Robert. It both opens my mind and points toward the importance of reclaiming forgotten ancestral wisdom.