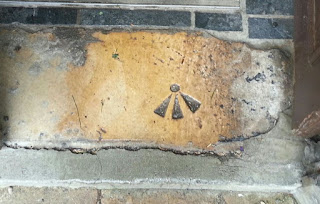 There are three kinds of seer: the receivers, the travelers, and the far-seers.

Receivers know things because they come to them or come through them, in the way of the medium. They receive visitations, both waking and sleeping. They may be “speakers for the dead”, passing on messages from the departed. This type of receiver is in great demand, because there are so many people on the other side who are desperate to communicate with the living. Receivers may also be empaths who pick up what is going on in other people’s bodies and energy fields. The very first kind of training receivers need is instruction in shielding and screening, and above all in discernment. They must learn how to pick up things it is useful to know without being swamped by someone else’s feelings and psychic litter. They need help in establishing healthy psychic boundaries. They need fully functional BS detectors that will help them to screen out false or misleading information.

The traveler knows things by going to the places where knowledge is to be found, in this world or in other dimensions of reality. This is the shaman’s way, and the journeys beyond the body may be assisted by drumming or other forms of “sonic driving”. Some indigenous cultures use hallucinogens to facilitate astral travel, and there is a lively New Age tourist traffic that involves going into the jungle to ingest rather nasty stuff like ayahuasca. Drugs are not recommended for Western journeyers, and they are not required. A practiced traveler requires only two things to embark on a journey, once the body is relaxed in a quiet and protected space: a picture and an intention. Essential training for the traveler includes learning to recognize the nature and the needs of the different energy vehicles that can operate outside the physical body. And it involves developing a strong working relationship with guardians who can protect and guide the journeys. As young children and shamans know, there is no better escort for these journeys than an animal guardian.

The far-seer knows by expanding his or her sight to include whatever he or she needs to know. This may be like turning on an inner light and directing it — like a searchlight with X-ray properties — on a target that may be on the other side of the world, or inside the molecular structures of the body, or in another dimension. Or far-seeing may be a process of mental expansion, in which the field of consciousness grows until everything it is necessary to know is inside it. This is profoundly simple, once we understand that if we think of something or someone, we are with the object of our thoughts. Thought travels faster than light, so the connection is instantaneous. The trick is to get out of our own way — to sideline the clutter and confusion of the trivial everyday mind — to we can see and operate in the larger field.

Seers may also be skryers. Skrying means using an object — or a series of objects — as a focusing device. We may recall how, as children, we used to stare at a certain spot on the surface of a creek or a lake, where the light struck just so, and would stare and stare until pictures came to us, in the mirror-bright surface of the water. Or we found shapes inside a rough rock crystal, or peering through a hole in a stone and saw the Other Side as well as the other side.

In our time, as in other times, the core training of the seer will come through paying the closest attention to dreams, coincidence and the symbolic language of the world.

Photo: At the threshold of St Columba's church in Drumcliffe, a symbol from an older religion: the Celtic AWEN.  W.B.Yeats' headstone is in the churchyard, though it is not clear that his remains are in the ground there.