Dreaming with the People of Amber 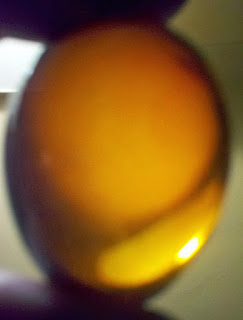 Suvalkija district, Lithuania
I am out in the woods, in the rural part of western Lithuania where I am staying. I come to some wide, shallow steps, just packed earth with wood at the edges. I notice two snakeskins, tied in knots that resemble figures of 8, then a larger one, tied in a slightly more complex knot, on a higher step, and know these were left as signs and also that the snakes were not venomous.     Now I see vivid, brightly colored scenes of ancient battles - of Teutonic Knights who invaded these lands, and Lithuanian Grand Dukes with their knights and men at arms, struggling against great odds to force them back. This living history unfolds into times where local people took to the forests and the mud to carry on their resistance against invaders. I see people who lived with wolves and bears and tried to call on their energies in the fight. I see huge mystery beasts in the woods that look like elephants and wonder whether these are the shades of extinct prehistoric creatures, or entities created by the country''s defenders in an effort to equalize a conflict through psychic means of attack.     I wander deeper into the woods. I am conscious that sticky mud is everywhere, and getting deeper, just as I found it roaming fields and ancient hill forts the previous day. I come to the house of a ragana - a witch - on one of the sloppy forest trails. It is just a hut among the roots of a crooked tree. I see the face of the witch before she scuttles away into hiding. She has painted the upper part of her face, from the hairline to the cheekbones, chalk-white so it looks like part of a death's head, or perhaps a venomous spider. While she avoids me, nasty slithering things rise from the mud.     I'm willing to fight her allies, if need be, and am glad to see that an enormous Bear is with me, as a bodyguard. Yet I'm thinking that the witch is merely defending herself; I have wandered into her territory, and she has reason to fear intruders. Instead of starting a fight, I call down Light, and a bright shaft of amber light immediately descends.     I am happily surprised to find that it serves as a traction beam. It pulls me straight up into the air, far above the mud and the dark woods. I find myself inside what seems to be an egg-shaped amber the size of a spaceship, with female presences who remind me of ancient priestesses of this land I have met in previous dreams and journeys.
The leader tells me, "You must understand that there are the Mud People and the Amber People, and here you belong to the People of Amber. Your duty - and that of those you train here - is to build bridges and wooden pathways so people can get across the mud safely. You must avoid allowing yourself to be sucked down into the mud. You must remember to call on the power of Light Amber to heal and to guide, and on the power of Dark Amber to remove the darkness."
As I surface from this mostly lucid dream, the moon shines bright in my face for a moment, like a spotlight. Then a cloud blows above the apple trees and mountain ash outside my window, and I lie back in the gentle dark, savoring my latest encounter with the "understory" of the Baltic country where I am traveling.     I am staying at the country place of a "good witch" in the Suvalkija district in Lithuania. She invited me to learn practices of healing and divination handed down in her family from mother to daughter and never written down (until I took notes, with her permission). She made the invitation after she heard me speak words of ancient Lithuanian after a shamanic journey I led at a workshop she attended in Vilnius. During that journey, I met a  priestess of Žemyna, the Earth goddess of Lithuania, who brought me inside a chamber like the inside of an egg-shaped amber, a smaller version of the space I was in last night. It glowed with golden light. The priestess instructed me that I could use a pocket size version of the amber egg as a place to see.
The wood witch burned amber in a ritual in her house the night before my new dream of the Amber People. In the morning, after hearing my dream, she continues my instruction. She demonstrates how to move light amber over the body in a spiraling motion to heal. Then she shows me how she uses a dark amber (also called "vampire amber" here when used in this way) in a different pattern to extract disease and "strangers" in the body.
Over a breakfast of dark, nutty "grandmother's bread", homemade cheese and butter and coffee chewy with grounds, we talk about the significance of "Mud People" in the literal history of Lithuania, whose name means "Rain Country". Lithuania has no real natural borders. Its main defense against invaders and occupiers, across the centuries, has been the mud. When the cities fell to enemies, people "went into the mud".

I plucked this narrative from my journals of ten years ago because of dreams of amber being shared now in my dreaming community.