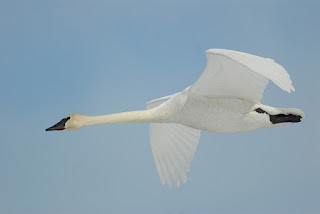 The Door Opener
The Mailman
The Bullet

These are the names of three famous dream shamans in a Native American tradition – that of the Dane-zaa, or Beaver People, of northern British Columbia and Alberta. Probe their meaning, and you get a vivid sense of the powers of the most gifted Dreamers in this tradition. The Door Opener finds paths between the worlds for traveling souls, and paths through the hazards of this life for his people. The Mailman carries messages back and forth between the living and the dead – on birch bark, the paper of indigenous northern North America. (The literal translation of his name means Birch Bark.) The  Bullet is a dream shaman who travels from one place to another at the speed of a bullet fired from a gun.
Among the Dane-zaa, respected spiritual elders or shamans like these are called Naachin, Dreamers. When young members of the People (Dane-zaa simply means The People) are sent into the wilderness on a vision quest, a Dreamer will watch over them, traveling in his astral body. The Dreamers are the givers of the songs that bring the People together in sacred ceremony in alignment with the spirits of the natural world. A song may be a bridge between worlds. It may confer the gift of understanding the language of birds and animals. The vision quest itself is called “seeking a song”, shi kaa.
As in the Upanishads, the Dane-zaa say that a powerful dreamer travels like a swan from and back to the nest of the body. ”The Dreamers are like swans in their ability to fly from one season to another. Like the swans that fly south in the winter, Dreamers fly to a land beyond the sky and bring back songs for the people on Earth.” [1]
Tales of the feats of great Naachin of the past are essential teaching stories among the People, and those who wish to learn are expected to sit quiet and listen. The names of Dreamers, past and present, give fascinating clues to their special gifts, to why the community valued them and what it sought from them. The names might also evoke visionary experiences that were the source of their power.
I have done a little word play here with the names of Dreamers discussed by anthropologist Robin Ridington, who has lived with the Dane-zaa and recorded their ways over many decades. The Dreamer I have called The Door Opener is the legendary founder of the lineage, and his indigenous name is Makenunatane. The components of this word break in literal translation into the following sequence: “His Tracks Earth Trail”, which is already intriguing. However, elders explained to Ridington that the name is understood to mean “He Opens the Door”.
The indigenous name of The Mailman is Atiskise. This literally means "Birch Bark". Birch bark is also “paper bark”, the indigenous writing material of First Peoples of northern North America. As Ridington reports, the dream shaman called Paper Bark was viewed as a mailman carrying messages between the living and the departed.
The indigenous name of the shaman I call The Bullet is Aledze, which literally means "Gunpowder". he was said to travel in dreams from one place to another at the speed of a bullet. So my version is very close.

1. Robin Ridington, “They Dream about Everything: The Last Dreamers of the Dane-zaa” in Ryan Hurd and Kelly Bulkeley (eds) Lucid Dreaming: New Perspectives on Consciousness in Sleep (Santa Barbara: Praeger, 2014) vol. 2, 194.

I came to this post about 5 weeks ago in an attempt to understand a dream I had that morning.From this post I determined that I was being led to attend Robert's workshop in Wisconsin 2 weeks ago, which I did. A very important journey for me.