The birds of fortuity and The Unbearable Lightness of Being 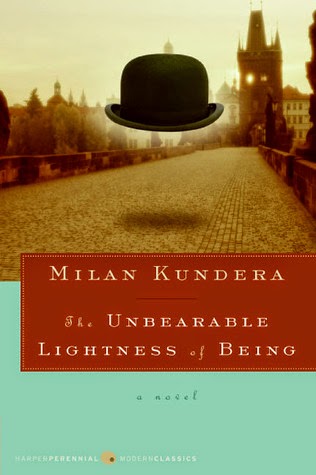 The play of coincidence can shape a whole life, like a musical composition. Out of the weave of small incidents we can find beauty and a secret order. In The Unbearable Lightness of Being, Milan Kundera writes beautifully about the "fortuities" that bring lovers together. Tereza notices Tomas in a pub in a small provincial town because he has a book in his hand and because her favorite Beethoven starts playing on the radio. Six tiny incidents of this kind prompt her to get on a train and follow him to Prague; she feels "the birds of fortuity fluttering down on her shoulders".
Kundera insists that this is not only the stuff of novels but the shape of lives. He is absolutely and poetically correct.
"Our day-to-day life is bombarded with fortuities or, to be more precise, with the accidental meetings of people and events we call coincidences," he observes. "Tomas appears in the hotel restaurant at the same time as the radio is playing Beethoven. We do not even notice the great majority of such coincidences. If the seat Tomas occupied had been occupied instead by the local butcher, Tereza never would have noticed that the radio was playing Beethoven. But her nascent love inflamed her sense of beauty, and she would never forget that music."
Kundera suggests that "human lives are composed in precisely such a fashion. They are composed like music, Guided by his sense of beauty, an individual transforms a fortuitous occurrence…into a motif, which then assumes a permanent place in the composition of the individual’s life…Without realizing it, the individual composes his life according to the laws of beauty even in times of greatest distress."
So it is wrong to chide a novelist for being fascinated by mysterious coincidences and making his plot turn on them. "But it is right to chide man for being blind to such coincidences in his daily life. For he thereby deprives his life of a dimension of beauty.”

Robert, thanks for bringing back such a sweet memory - I read The Unbearable Lightness of Being in my last year of high-school. The thing is the library I found the book at only allowed for this book to be read inside. I usually follow rules, but it was a sunny day and so I sneaked it out into a nearby park. I will never forget my amusement from the story on synchronicities combined with the fear of getting fined for taking the book out of the library. I kept braking the rule for 3 straight afternoons until I finished the story..! ;-)

Thanks for this lovely memory, Jana, beautifully attuned to the moods and spirit of the novel.

Robert, thank you for this post, for the synchronicity at work, for the magic already in play. It took me two years to process what happened at your Way of the Ancient Deer workshop at Mosswood in November 2013, but I think it's all starting to make sense now. I came with a dream that terrified me, only to leave with one that confused and haunted me. Now it has come full circle, and I am ready to embrace the dream...the one I was hiding from, but could never escape.