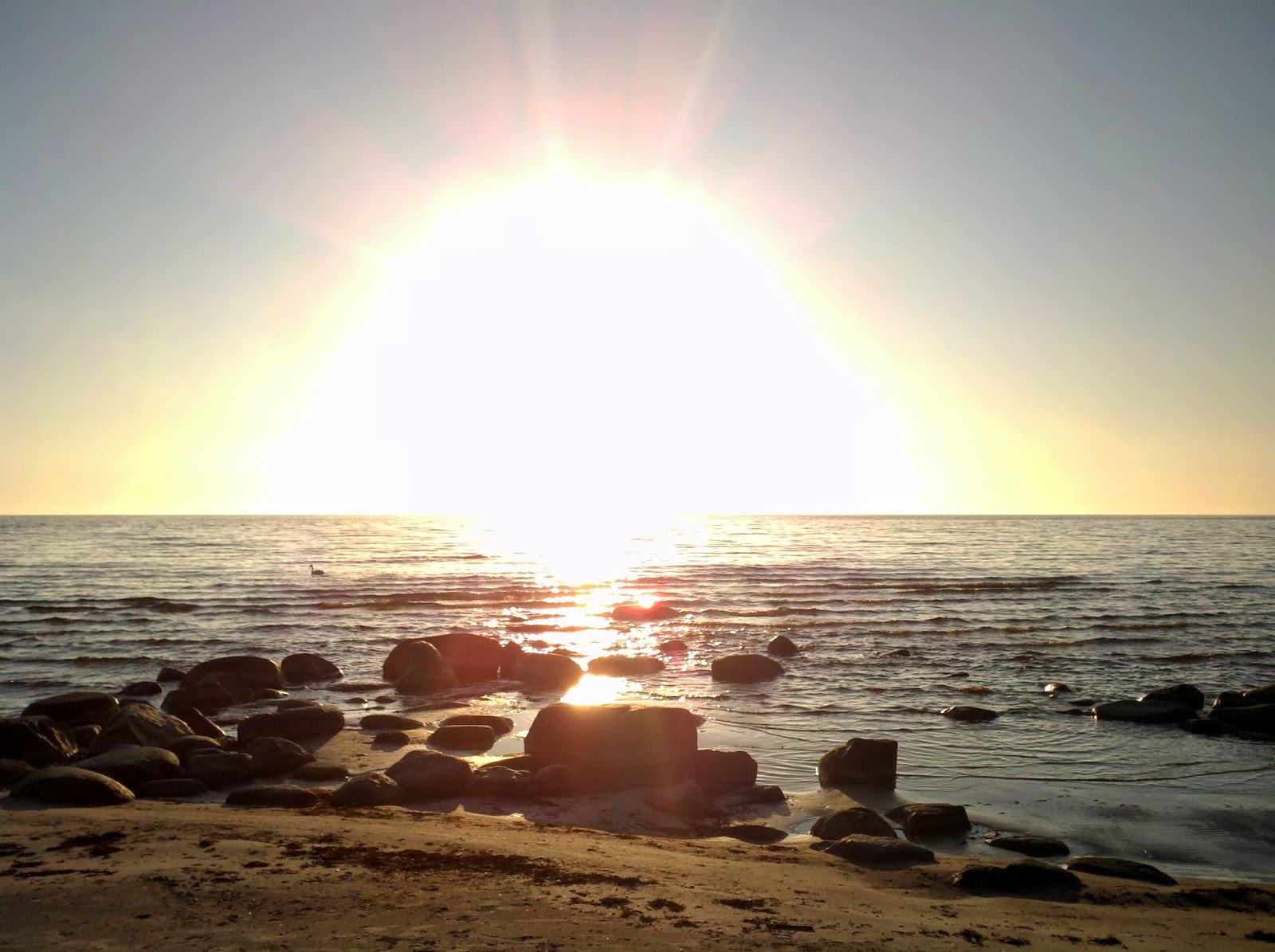 THE LATVIANS HAVE SUCCEEDED IN LANDING ON THE MOON!

This was the headline and basic content of one of my dreams on the first night of my residential workshop on shamanic lucid dreaming at a pleasant center on a rocky beach near Roja, on the Bay of Riga, over the Easter weekend. I took it as a wink from my dream producers, indicating that we would succeed in our efforts to bring back the dreaming here.

After all, the Moon not only has great attraction for dreamers; it was widely believed by the ancients to be the source of much interesting dream activity. In his treatise On the Face That Appears in the Orb of the Moon, Plutarch - the great biographer, initiate and priest of Apollo, who knew what he was talking about - suggested that the spirits of the Moon visit humans in their dreams, and that the souls of humans travel to the astral realm of the Moon in dreams and transit this realm on the way to birth and again after death.
Many of the Latvians in my group are passionately engaged in reviving the knowledge and practice of the authentic ancient traditions of their country, dating back to before the invasions began in the 12th century. A folklorist and wonderful singer named Aina gifted us with dainas - traditional folk songs that celebrate oak and sun, stone and sea. The morning after my dream of the Moon landing, I asked her to help open our circle with a song of the oak tree:


Oak tree, oak tree
how wide you are
the bee flies for three days
and can't get around you


In the last stanza, this song of oak teaches us to give a little in a strong wind, to avoid being broken.


For the first time, I introduced a circle in Latvia to the core techniques of active dreaming: how to open a safe space to share dreams and guide each other towards action to honor our dreams; how to reenter a dream in order to go beyond a fear, dialog with a dream character, penetrate a mystery, or have more fun exploring the multiverse.
In a moving dream reentry, one of the Latvian women succeeded in going back inside a recurring dream that had previously filled her with shame and dread. In the original dream, she found herself (again and again) approaching the shack where her great-aunt had lived and died in extreme poverty in the harsh times of Soviet rule. She had loved this great-aunt and had always felt bad that the family had not been able to do more for her. In the dream reentry, she entered the shack and had a loving reunion with her great-aunt, who gave her blessings and specific personal information she could immediately use in her life.

On Sunday, the day of requickening, we moved swiftly through a series of excellent journeys: through the gates of remembered dreams and on to a Dream Library where travelers could gain knowledge on any subject, meet a master teacher and even look at the book of their own lives; and a Magic Market where the discovery of a favorite object from childhood released the spirit horse of vital energy and provided a way to reclaim the energy and imagination of a younger self.
The fog rolling in from the sea inspired me to offered the sea-mist as the gate for a journey to the Other Side with the dual objective of timely and helpful communication with a departed loved one or ancestor, and of gaining first-hand knowledge of the geography of the afterlife. All of these journeys succeeded beyond my wildest expectations, if not beyond my dreams.
My own visions, during all these lucid shamanic dream adventures, powered by drumming, became a deepening adventure in dream archaeology, giving me direct access to the world of Baltic mythology and the history and spirits of the land. In a walled garden, I experienced the meaning of ancient Baltic symbols in the forms of shaped flower beds, turning in certain patterns. On a flying horse, I was called east, to a black mountain in Russia, to understand one of the long shadows over Latvia. Through an amber tunnel, I found my way to the current residence of a deceased scholar of Baltic mythology who wants me to make his work known in English.
In the last workshop session, I helped people to open their hearts and grow a waking vision of the fulfillment of their hearts' desires, a vision so strong that it wants to take root in the world. Then I had them identify three key problems in the way of fulfilling that vision - and journey again, with the drum, for guidance on how to overcome those challenges. This produced very practical guidance, as well as the energy that comes when we carry a vision we can hold not only in the mind but in the inner senses.
We closed the circle, arms around each other, swaying a little like the great oak in the big wind. As people continued, in high excitement, to share their experiences, I felt that the dream of the Latvian Moon landing was fulfilled.


Photo: Sunrise on the Bay of Riga (c) Robert Moss
Posted by Robert Moss at 12:36 AM

It is excellent to hear of this work, and it inspires me to do some other work of my own I've been thinking about relating to my own watershed. As various nodes around the globe awaken to the power of dreams, it will truly be a watershed moment.

Hi! What a lovely blog.:) I have also been in Riga for a few years ago! I did like your story , your reflections and experiences.
Best regards from Anita, Norway