Death of an oracle, and the oracle that never dies 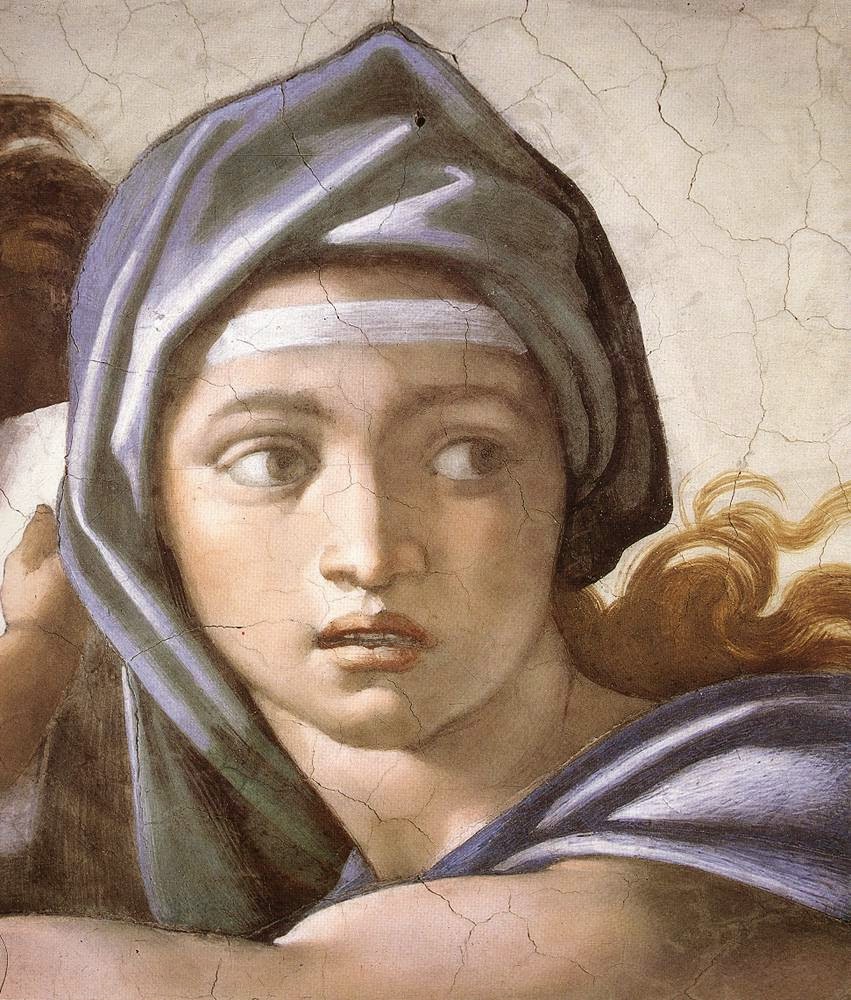 The Sibylline Books were the oldest and most respected oracle of the Romans. According to legend, the original set – in Greek hexameter – were sold to an ancient king of Rome by a wise woman, or sibyl, from the region of Troy. They were replaced several times. Under the Empire, they were moved from the Temple of Jupiter on the Capitoline Hill in Rome to a vault under the temple of Apollo on the Palatine Hill. An august college of secular priests, whose members had typically held high state office, were entrusted with pulling verses from the collection –as you might pull Tarot cards from a deck – to perform a reading.
They were not books as we understand them. They were a collection of loose leaves written on various materials, possibly including thin strips of wood.

The Sibylline Books were most often consulted to get a second opinion on an anomalous event, like the flooding of the Tiber or the birth of a two-headed ram, but also to elicit the will of the gods on important undertakings and to receive guidance on what measures the state might need to take to propitiate the powers above.
In 405, the master of Rome was a half-barbarian general named Stilicho who had been fighting a series of savage battles against Alaric and the Goths; Stilicho usually won, but at ruinous price, and without clear resolution. He did not like his ratings from the Sibylline Books, which hinted that he was out of favor with the gods. He did what other men of power have done when they disliked the opinions of diviners and dreamers; he tried to shut them down, in this case by ordering the destruction of the Sybilline Books. Though the Empire was now officially Christian, the culture of Rome was still deeply pagan, and this was widely viewed as an outrageous act of blasphemy that would bring punishment from the old gods.
Soon news reached Rome that barbarian hordes had crossed the Rhine, heading for Italy. A cabal of disgruntled officers overthrew Stilicho; in 408, he was beheaded.. Two years later the Goths sacked Rome. There were many pagans who muttered, I told you so.
Around the same time that Stilicho was destroying the great oracle at Rome, across the Mediterranean in the city of Cyrene a philosopher of noble blood named Synesius – soon to be made a bishop of the Church – completed a treatise On Dreams that argues, elegantly and persuasively, that dreams are our personal oracle and we should never allow anyone to interfere with it. This oracle is the birthright of every human, regardless of class or condition, and it travels with every dreamer. All that is required to consult it is to lay your head on a pillow – though the results you get will have a lot to do with how you live your life and how you cleanse (or fail to cleanse) your perception.

If we stay at home, the dream oracle stays with us; if we go abroad she accompanies us; she is with us on the field of battle, she is at our side in the city; she labors with us in the fields and barters with us in the market place. The laws of a malicious government cannot stop her. A tyrant cannot prevent us from dreaming, unless he banishes sleep from his kingdom. [The dream oracle] repudiates neither race, nor age, nor condition, nor calling. This zealous prophetess, this wise counselor, is present to everyone, everywhere. [adapted from the 1930 Augustine Fitzgerald translation]

This is an oracle we can ignore (at our cost) but thankfully it can never be destroyed.

Detail from Michelangelo's Sybil; fresco in the Sistine Chapel
Posted by Robert Moss at 1:00 PM

...and if we wish to visit old oracles long since destroyed, our dream oracle will take us there much as a dreamer years ago in one of your early workshops found herself dreaming into the secret Mithraic ceremonies.

Excellent point, Wanda. With our Active Dreaming techniques, we have been able to practice true "dream archeology" by visiting ancient sites in conscious group dream journeying to experience what may have gone on there in their heyday.

Nina - Thanks for reminding us about the dreams of Don Bosco (Saint Giovanni Bosco, canonized in 1934), His biographers have recorded 153 of them. In the first recorded, when he was nine, he saw a crowd of boys turned into wild animals, then transformed into lambs. When he reported this to the family matriarch, his grandmother, she told him "Pay no attention to dreams." Yet it seems this one guided and shaped his whole life mission. As far as I know, there has been no systematic study of Bosco's dreams; another interesting topic to pursue involving dreaming in relation to the Church and social purpose.

Dear Robert,
This was a beautiful rememberance for me of our class work constructing our own Sybilline books! Dreams certainly are our 'personal oracles'!
I collected a new one lately:
"Become the Earth...half of you is in daylight and half of you is in darkness. You are always in balance!" Love, Karen