In praise of used bookstores 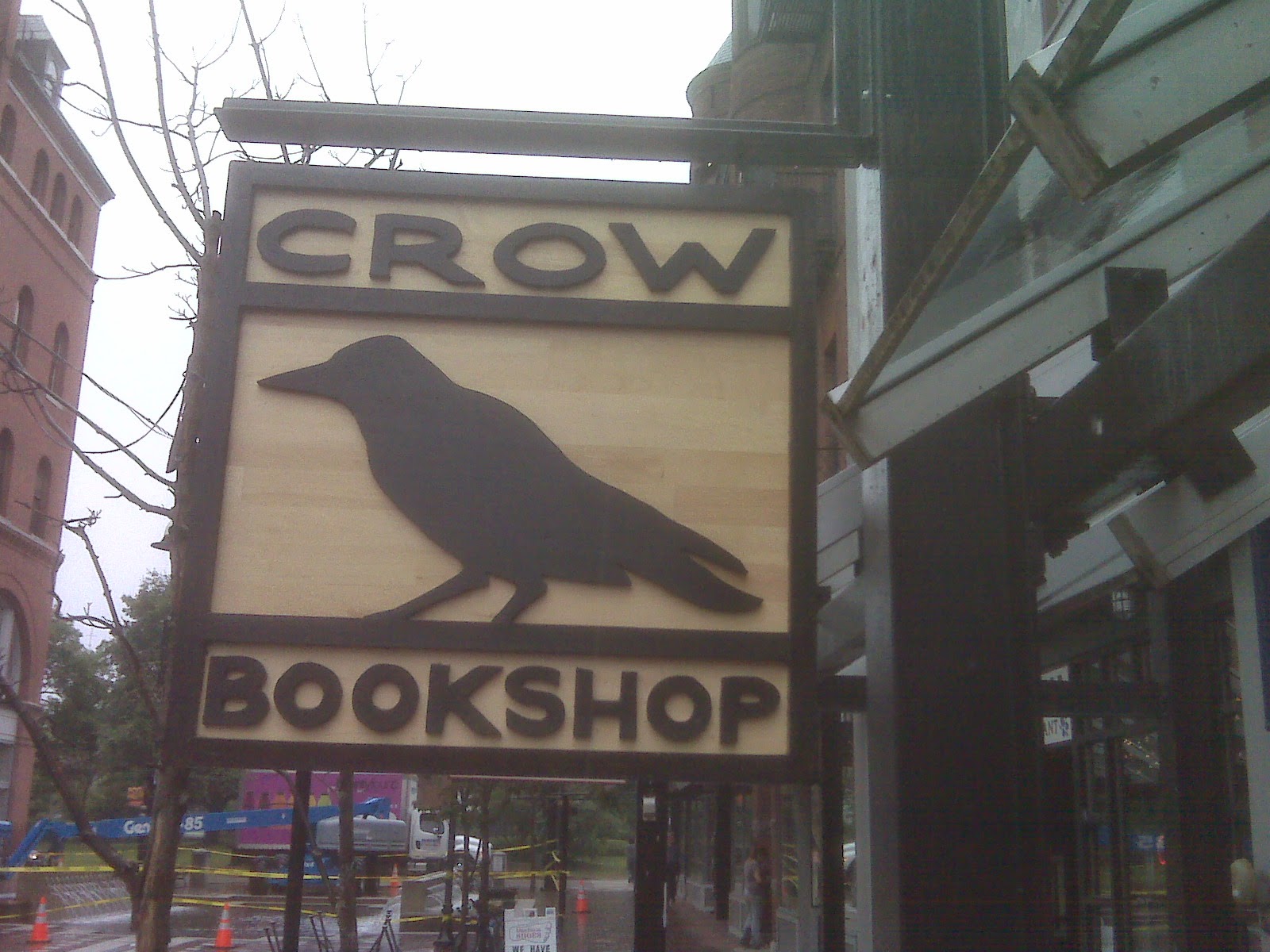 I confess: I am passionately addicted to used bookstores. I am a reluctant shopper under most circumstances, but I'll pull your arm out of its socket if you try to restrain me from going inside a store that offers old books. I find that the benign shelf elf that Arthur Koestler dubbed the Library Angel comes instantly into play when I enter a used bookstore, placing volumes I wasn't looking for - but fulfill a dream, or set the right course for new exploration - exactly where I can't miss them.

On vacation in the Champlain Islands in Vermont this week, I just had to make a run down to Burlington (on a wild, windy day when swimming conditions in the lake weren't optimal) to one of my regional favorites, The Crow. I left with only nine new/old books, which is very moderate for me. One of them was The Death of Freud, a moving study of Freud's last two years that includes an indelible account of the Gestapo calling at the great psychiatrist's apartment on Bergasse ("Hill Street") in Vienna in the immediate aftermath of the Anschluss, Hitler's annexation of Austria in March, 1938. Up to this moment - when the Nazis took his daughter Anna away for questioning - Freud did not appear to grasp that he would need to leave Vienna. Yet he told Arthur Koestler afterward, in the relative safety of London, that the spilling over of the Nazi nightmare from the darkest basements of the unconscious into the world was not surprising but "inevitable".

I'm hesitant to make a list of my favorite used bookshops, because memory is fallible, and I know I'll leave out some of the best. But I'll make a start here, confining myself (for now) to the United States, and will welcome additional suggestions from book-lovers who are following this blog:

Copperfields in Sebastopol, California (with companion new and old bookstores)

Powell's in Portland, Oregon (though I confess the "city of books" downtown scares me in its immensity; I prefer the more human-scaled Powell's on Hawthorne, where I frequently give readings and book-signings)

Twice-Sold-Tales in Seattle (especially the branch at the foot of Queen Anne Hill, where a well-fed cat is often dozing by the cash register)

G.J. Askins in New Lebanon, New York (where I acquired full sets of Conrad, The Golden Bough and - wonder of wonders - the 73 volumes of the Jesuit Relations, containing the reports of blackrobe missionaries from the time of first contact with Northeast Indians)

Dove & Hudson in Albany, New York (0ne of my current "magic bookshops", where I expect the shelf elves to be lively)

The Book Barn in Latham, New York (terrific values, best for popular titles but also a place for discovering the unexpected)

The Strand in New York City (though I am sometimes disturbed that the recipients of review copies recycle them here without seeming to draw breath).

Barely Used Books in Mystic, Connecticut (shelf elves very active, during my visits, producing - for example - a book of bawdy Scottish ballads at the precise moment I was humming "Oh you take the high road/and I'll take the low road..")

The Frugal Muse in Madison, Wisconsin (I would give it first prize for the best bookstore name that has come to my attention except that I have to award that to Malaprops in Asheville, NC, one of the truly great independents)

May I add Banyen Books in Vancouver BC, more a metaphysical bookstore than second hand, but it has an atmosphere that is quite unique IMHO.

Yes, I love Banyen & have spoken under its aegis several times but it's north of the border & I'm confining my initial list to US stores.

Some haunts of mine:

Ohio Books (downtown Cincinnati -I go there on my lunch break from the Library sometimes ...as if I didn't have enough to choose from already). A lot of local history on these shelves, plus a basement with an in-house bindery. Five floors of books.

Dark Star Books: excellent comic book store and used book house in Yellow Springs, Ohio (I'm going this weekend). Their selection of SciFi and other genre fiction is stupendous. They have a nice metaphysical sectio too: I found a signed copy of a Manly P. Hall book there and snagged it as well as the first edition of Radio Free Albemuth by Philip K. Dick.

Longfellow Books in Portland, Maine. I grabbed a copy of "Fire Along the Sky" there and inscribed it to my Grandma for a Christmas present. I love incribing books with a personal note, and love finding others in used bookstores.

Hey Justin - I'm always pleased when people can find my out-of-print titles in a good used bookstore, less thrilled when my in-print titles turn up on the same shelves. FIRE ALONG THE SKY was out of print when you discovered it in Maine, but now it's back in print, in a handsome new trade paper edition complete with the love letters of Lady Valerie d'Arcy (NOT in the 1st hardcover edition) from Excelsior/SUNY press.

I know she read it because we had a long conversation about it this past late winter/early spring.

Walden Pond Books on Grand Ave. near Lake Merritt in Oakland, California is a wonderful used book store that I hope folks will check out should they be in the area.

Baldwin's Book Barn in Westchester,PA is a fantastic place! It's really an old barn, I just love exploring in there

Patricia & M - Thanks for recommending your favorites. I'm sure other bibliophiles will take note, and you are adding to my future travel itineraries.

Dove and Hudson is a truly special store, as is Longfellow Books in Maine. I might also suggest The Book Mill in Montague, MA. The slogan for the bookstore makes me laugh every time: "Books you don't need in a place you can't find."